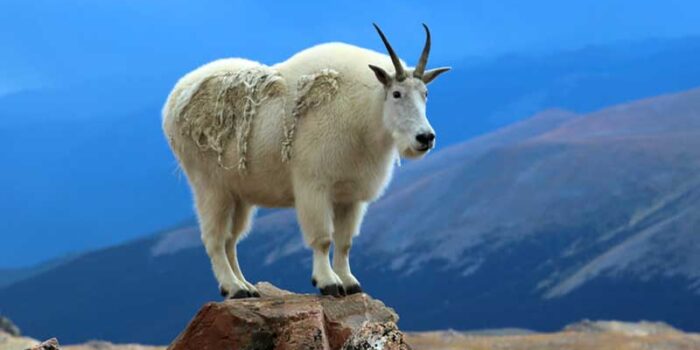 Nature is famous for its versatility and has given us numerous kinds of animals that are scattered all around the world. We have made a research on the most amazing animals and list out a few of them. So following are the 10 amazing animals In the World: 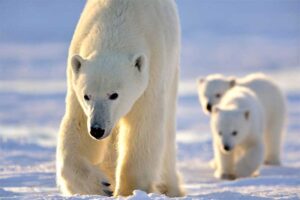 Polar bears are the largest land carnivores animals in the world. Its weight is about 350-700kg. The Polar bear is actually found in the Arctic Circle. The Polar bear is an excellent swimmer. The Polar Bear has an extremely well-developed sense of smell, being able to detect seals nearly 1.6 kilometers away and buried under 1 m of snow… 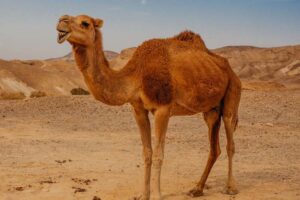 Camels are one of the oldest domesticated amazing animals in the world. It has humps on its back. The average life span of a camel is 40 to 50 years. A full-grown adult camel stands 1.85m (6 ft 1 inch) at the shoulder and 2.15 meters (7 ft 1 inch) at the hump.  Camels do not store water directly n their hump; they are reservoirs of fatty tissues.

The thick coat of this huge animal actually insulates them from the intense heat radiated from desert sand. Camels mouth has a thick leathery lining. 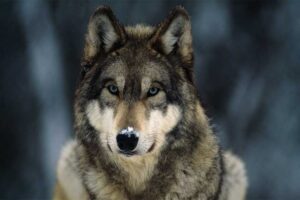 Wolf is the ancestors of the domestic dogs. They are extremely famous for their amazing hunting and leadership skills. Its winter fur is long and bushy. The wolf is the most amazing and specialized member of the genus. The global wolf population is 300,000. The wolf is among the world’s best known and most researched animal. Due to their loud howl, they are among the loudest animals in the world.

They are reduced to some regions like Pacific Northwest, Alaska, Canada, and Northern Rockies….The wolf carries usually its head at the same level.. it is also known as the timber wolf or western wolf…. 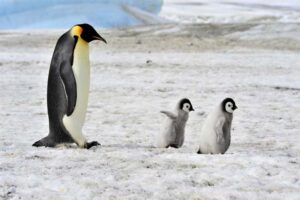 The Emperor Penguin is an amazing creature. This unique creature tallest and heaviest of all living penguin. Feathers of the head and back are black. Like all the penguins, it is flightless. The lifespan is approximately 20 years in the wild. The Emperor Penguins dark plumage fades to brown from November until February. The interesting fact is that the Emperor Penguin actually breeds in the coldest environment of any bird species. It also has a circumpolar distribution in the Antarctic.

Baby Penguin is one of the most amazing and cutest baby animals in the world. Emperor Penguin loves to breed on sea ice near Antarctica. 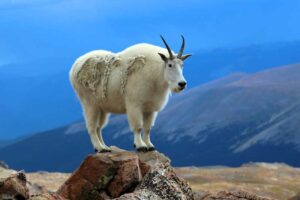 One of the world’s most amazing animals, Mountain Goat does not belong to the same genus of goats family instead they come under antelopes, gazelles, and cattle. The mountain goat basically lives in the Rocky Mountains and the Cascade Range and other different mountain regions of the Western Cordillera of North America, from Washington, Idaho, and Montana through British Columbia & Alberta, within the southern Yukon & southeastern Alaska. They are herbivores and pass most of their time grazing. In the wild, mountain goats usually live 12 to 15 years, with their lifespans limited by the wearing down of their teeth. 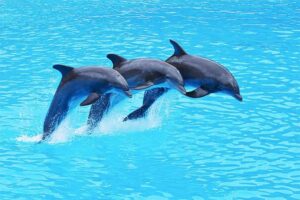 The intelligence level of Dolphins are very high that’s why they are among the most intelligent animals in the world. Dolphins can grow in size from the 1.7 m (5.6 ft) long and 50 kg (110 lb) Maui’s dolphin to the 9.5 m (31 ft) and 10 t (11 short tons) killer whale. They can even jump at 20 feet out of the water. The smallest dolphin can have a size of 3-4 feet long and the largest can be 30 feet.  Dolphins have also featured in literature and film, as in the film series Free Willy. They are sometimes kept in captivity and professionally trained to perform tricks. 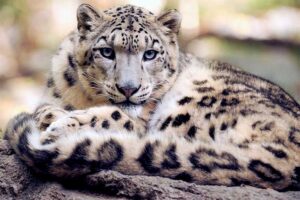 Leopard can be seen in many parts of the world including Sub-Saharan Africa, northeast Africa, Central Asia, India, and China. Its appearance is as same as jaguar but has a smaller, lighter physique, and its rosettes are generally smaller, more densely packed and without central spots.  Leopard fossils were also found in Japan. Color of its skin varies between individuals from pale yellowish to dark golden along with dark spots grouped in rosettes. All these exciting features make leopard one of the world’s most amazing animals. Leopard mothers stay with the club until he is 2 years old. Leopard is an awesome creature. 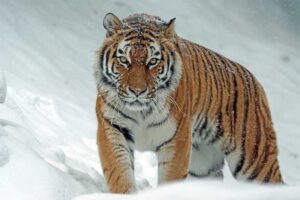 The tiger is the largest cat species and usually known for their pattern of dark vertical stripes on their reddish-orange fur scattered all around the body. It is generally a solitary but social predator. A tiger once ranged widely from the Eastern Anatolia Region in the west to the Amur River basin, & in the south from the foothills of the Himalayas to Bali in the Sunda Islands. The tiger is among the most recognizable and popular of the world’s charismatic megafauna. It loves to ear large mammals such as wild boars and deer. The average lifespan of the animal species is around 10-15 years in the wild and around 20 in captivity. 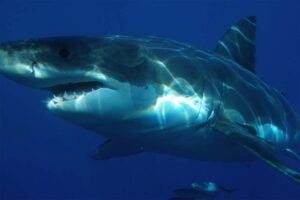 Known as one of the most dangerous animals in the world, Great White Shark is a species of large lamniform shark and can be seen mostly in all the oceans except Antarctica. The great white shark has no famous natural predators other than, on very rare occasions, the killer whale. The great white shark was one of the many amphibia originally express by Linnaeus in the landmark 1758 10th edition of his Systema Naturae,[19] its first scientific name, Squalus Carcharias. 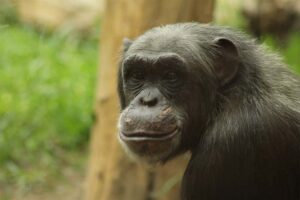 Chimpanzee is one of our closest relative sharing about 98% DNA. They are primarily native to Africa, However, most of them can also be seen in grassland and woodland areas of West and Central Africa. Its body is covered in coarse black hair but has a bare face, fingers, toes, palms of the hands, and soles of the feet. It is larger and more robust than the bonobo It is one of the most amazing animals in the world.