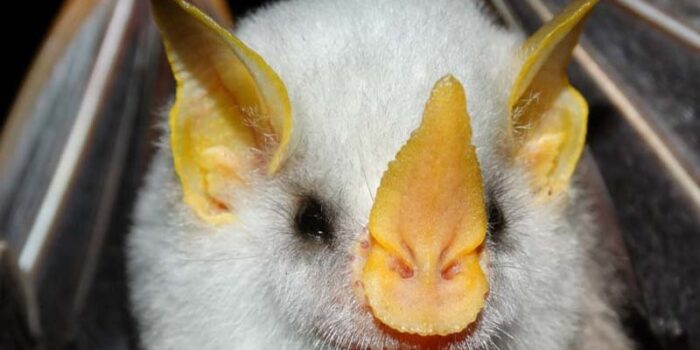 People actually don’t know very much about bats. The one reason is that they always appear in dark. Bats are such misunderstood creatures but the reality is bats are very important for the planet. They provide essential pest control, disperse seeds for new plants and trees and pollinate our plants as well. In this article, we will discuss some beautiful bat species living on earth. 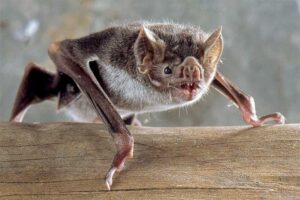 This small and fascinating creature is the perfect pollinator. Lesser Long-nosed bat is only three inches long and is the unsung hero in maintaining a fragile desert ecosystem. The size of both male and females are similar. These bats actually inhabit semi-arid grasslands or forest habitats below about 550m. 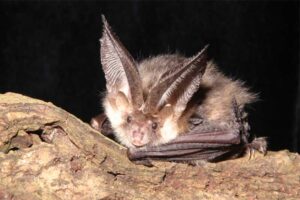 It is actually a European bat species and as per the name, this beautiful species has particularly long ears. There is no doubt that its long ears are very much attractive and main feature of these adorable species. But it very much relies on eyes when finding prey. 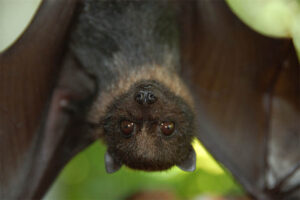 Also famous with the name of Horseshoe because of its unique shape of skin around its nose. They are well known for eating insects by efficiently using their big ears for echolocation and their wide and broad wings for agile flight in order to chase down their prey. 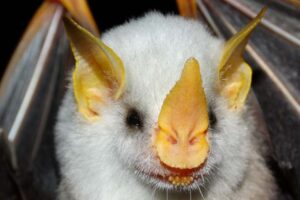 Honduran white bat is very different from other bats. This adorable and attractive species has a white body with yellow ears and nose. It is very small in size. This tiny bat uses a roosting technique in order to protect itself from the weather and unwanted predators as they rest. 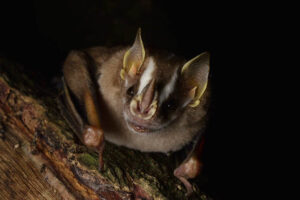 This attractive and beautiful creature is found in Colombia, Ecuador, Costa Rica, Nicaragua and Panama in mature evergreen forests. However, the population of these species is decreasing. The sad part is that their cute-factor isn’t helping them from a concerning loss of habitat to human deforestation and habitat degradation. Thankfully, Striped yellow-eared bat is also present in those areas where they are protected, which will help slow the decline of the species’ population. 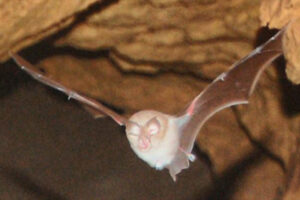 They are very pretty and can be easily found in warm, wooded areas. Basically, they actually prefer those with plenty of caves and a water source. They like to eat moths and small insects as well. As same as the split-nosed bat, the distinctive fold of skin which is present around the nose basically helps to direct and focus the sounds they make for echolocation. It is very rare and that’s why it is listed as “near threatened” on the IUCN Red List. 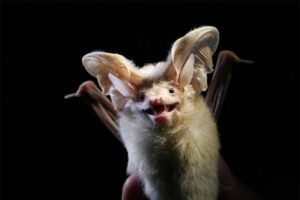 This long-eared creature is present in the desert areas from Morocco through Egypt and the Arabian peninsula. This pretty bat is amazingly at home in arid and seemingly inhospitable regions. Desert long-eared bat is a predator, feeding on frightening prey such as scorpions, like the extremely venomous Palestine yellow scorpion. It’s sound weird but it’s the reality they actually seem to be immune to scorpion venom. A lot of animals can even die from the scorpion venom. 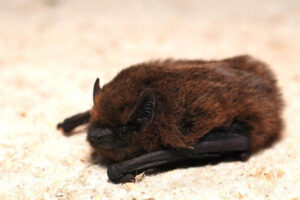 It is actually a European species and is very friendly in nature and is actually one that anyone who likes hanging out near rivers and streams should appreciate. Pygmy pipistrelle actually dines along woodlands and wetlands. They love to eat aquatic midges and other insects. The come at number 9 in the list of beautiful bat species. 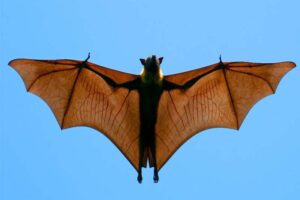 Indian flying fox marks its name at number 10 in the list of beautiful bat species. They are also among the largest bats in the world. Interestingly their wingspan can actually reach up to 4-5 feet. Their diet includes all type of different fruits, they are vital pollinators. That’s why Indian flying fox is also famous with the name of fruit bats.