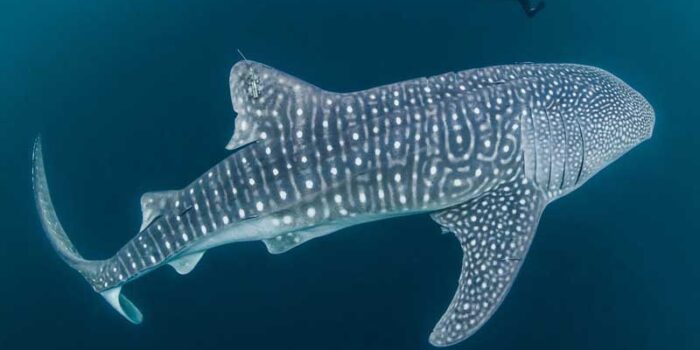 Fish is the most important and famous underwater creature. It is not only a main part of the sea but a lot of people use fishes our products made from fishes as their primary food. They are also beautiful as well and their beauty is briefly explained in different fish stores and aquariums. People also have aquariums in their houses in which small fishes are present. In different fish stores, you will also see large aquariums in which large fishes are present. People have a huge craze for this attractive animal. Some of the fish species contain terrifying aspects. These fishes can be dangerous for humans because they can attack anyone at any time.

Some of the species are well known for delivering poison if they are not properly handled or not properly prepared for consumption. Although some of the species are very kind in nature and are amazingly cute as well. Fishes are also famous for their process of communication, they basically produce a little sound in order to communicate with others. Like all other animals fishes also have their potential predators. So, many of them actually developed an external armor in order to protect themselves from their predators. 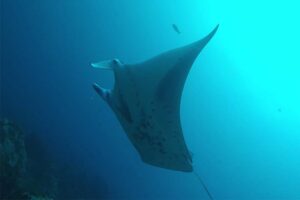 The reef manta ray is the tenth-largest fish generally found in the tropical and subtropical marine waters. But they are not present in the East Pacific and the West Atlantic. The weight of this amazing fish is 1.4 tons and attain lengths of up to 5.5 m. It is a huge fish and there is no doubt that they eat a lot of food to gain that much weight. Reef manta ray primarily consumes zooplankton and is a well-known filter-feeder. 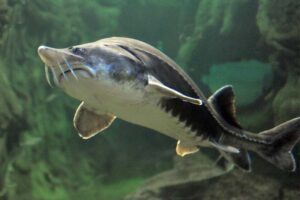 A well known endangered species and its habitat are restricted to the Black, Caspian and Adriatic Sea. It is also called as Huso huso and belongs to the sturgeon family. This unique underwater creature is also a late-maturing species with a long lifespan. They are approximately 23.6 ft long and weigh 1,571 kg. The sad news is that the population of this largest fish is reducing due to the unregulating fishing and different poaching. It is necessary to protect the species from commercial exploitation. 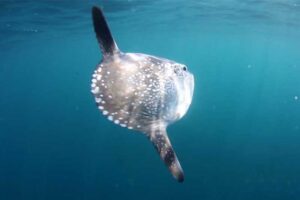 These largest fish have been recently discovered and hence little there is not a lot of information is present about its nature and behavior. However, it is ranked among the largest fish species known to us. It is present in the oceanic waters of the Southern Hemisphere where it preys on salps. 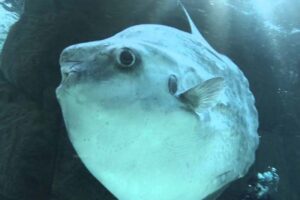 Another biggest species in the list that lives in the world’s tropical and temperate marine waters. Its appearance is quite similar to the ocean sunfish but it’s not like you can’t find which is Sharptail Mola. It can be distinguished through the projection on its clavus. Since this large fish is elusive in nature, so there is very little information available about its life history. This amazing underwater creature can attain a length of about 11 ft and weigh as much as 2 tons. It prefers to eat annelids, sponges, fishes, etc. 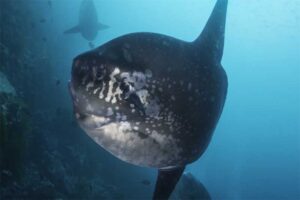 It is extremely famous because this largest fish is among the heaviest bony fishes in the world. In Adults, the weight is between 247 and 1,000 kg (545–2,205 lb). This underwater creature is native to tropical and temperate waters around the globe. Their food includes small fishes, squid, crustaceans and fish larvae. Once there is a thought famous about them is that  Sea jellies and salps are their primary prey, makeup only 15% of its diet. They are huge in length and can reach a maximum length of 10.8 ft. Due to their large size, all other species are afraid of them but still, they have few natural predators. Humans can also cause a problem for them through their activities like fishing. Females are well known for more laying eggs than any other famous vertebrate. It is the largest species of ray and can amazingly grow up to 23 ft and weigh around 3 tons. Mostly found in the tropical and subtropical oceans. It mainly feeds on plankton and swim with groups and alone as well. The interesting fact about them is that they also prefer to swim in a group with other members of the same species or other marine species. Giant Oceanic Manta Ray has few natural predators. Their population is slowly decreasing due to irresponsible fishing practices done by humans. 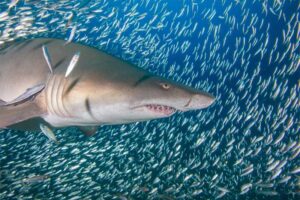 The length of the tiger shark is 16 ft and weigh around 3 tons. The population of this largest fish is widely distributed in the tropical and temperate oceans. The population of this underwater creature is huge around central Pacific islands. The name tiger was given to it due to the dark stripes down its body, which amazingly resemble a tiger’s pattern, but also disappear with the passage of time. 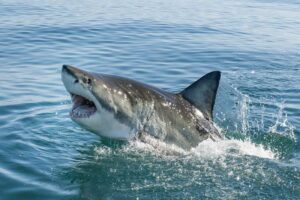 They are present in the coastal waters of all the oceans where the temperature of water ranges between 12 and 24 °C. The great white shark is extremely famous for its size. Reportedly, some specimens of the species have been amazingly found to be 20 ft long and weigh approximately 3.3 tons. Generally on average the individuals can grow up to 13ft. They have a huge lifespan and can live for over 70 years. This shark is very dangerous for humans and most of the shark-related attacks are associated with this deadly underwater creature. 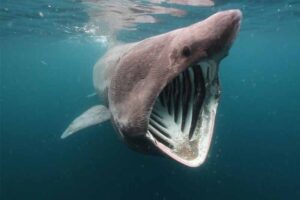 Basking shark comes at number 2 in the list and have lengths of about 20 to 26 ft and weigh approximately 19 tons. Extremely famous migratory shark species is present throughout the world’s temperate oceans. As same like whale shark they also mainly feed on planktons. This name was given to it because of its popular habit of feeding at the surface, appearing to be basking in the warmer water there. 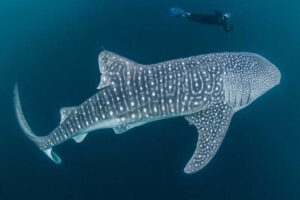 Whale Shark is the largest fish living today on a planet It can amazingly grow up to 41.5 ft and weigh 21.5 tons. Whale Shark is also well known largest extant non-mammalian vertebrate species of the world. Mostly located in warm tropical oceans’ open waters. Their life span is huge and can live for 70 years. Its favorite meal is plankton. Despite having this massive size, this huge underwater creature is rarely a threat to humans.