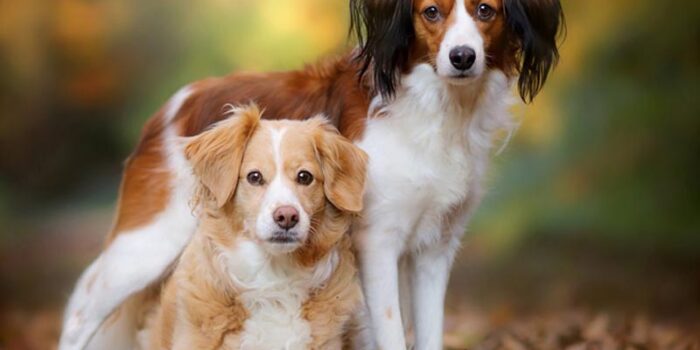 Dogs are the most affectionate and obedient creature in the world. From the centuries it is a common belief that dogs and humans are the best and most successful hunting partners. Not all the dogs can do the hunting, there are some breeds who are powerful enough to this hard job. Following are the 10 hunting dogs breed that are very famous: 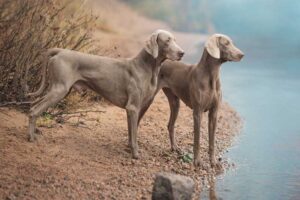 The WEIMARANER dog belongs to the most diverse group of Sporting Dogs. This gun dog is top at the list of hunting dog breeds because no other dog can beat him in hunting. This special breed is originated in the city of Weimar in Germany. In the 19th century, this amazing dog is created with the help of four dogs named as German Shorthaired Pointer, Bloodhound, English Pointer, Great Dane, and Huehnerhund. Basically, it was used to hunt bear, wolves, boar, and deer. It also has the ability to hunt foxes, rabbits, and birds as well. This unique creature is great for hunting. 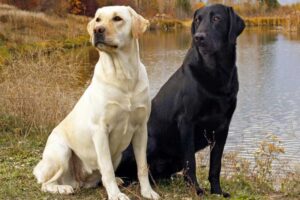 Labrador Retriever, the hunting dog breed also belong to the group of sporting dogs, originates in the Newfoundland. This breed was beautifully created in the 18th century from the St. John’s water dog. LABRADOR RETRIEVER is basically used to help the fisherman by pulling the ropes between the boats and recuperate the fishes that are escaped from the nets. This popular breed is also used to pull the nets filled with fish in the cold waters of the North Atlantic. 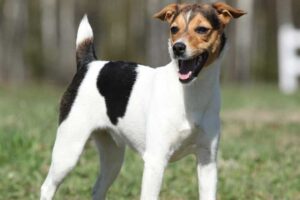 This small dog actually belongs to the most famous family of terriers, created in England at the beginning of the 19th century. They are among the best hunting dog breeds and famous for hunting red and grey foxes. Their small size helps them a lot in hunting. Its small size allows him to enter in underground dens of foxes and force them to come out. 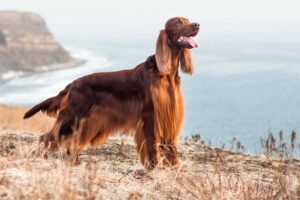 Irish Setter is actually a gun dog breed and very commonly known as solid red coats. They are larger in size and heavier as well with more thick and lustrous coats. People are starting to show interest in this breed in the year 1876. This hunter dog breed loves running, it can easily grow up 25 to 27 inches in height and its weight is around 60 to 70 pounds. 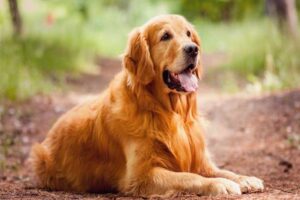 Golden retriever comes at number 5 in the list of hunting dog breeds, belongs to the group of Sporting Dogs. A golden retriever originated in Scotland and was created in the 19th century. This dog helps to retrieve shot birds both from the water and solid ground. 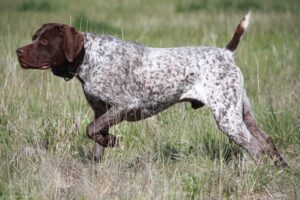 German shorthaired pointer is a hunter dog breed which amazingly varies between medium and large. It also belongs to the sporting dog group. Its creation happens in the 17th century and was brilliantly improved over the years. The main purpose of its creation is to hunt Rabbits, raccoons, birds, and deer. It is also featured in many movies and books as well. 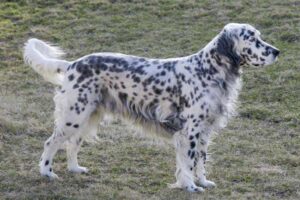 English setter, the hunting breed of dog is extremely popular as ‘Setting Spaniels’ because of its brilliant and amazing natural tendency to crouch when tracking. It gets fame during the Elizabethan period. It was trained very well and developed in France in the 1500s. They are also great hunters and mostly rely on the senses for tracking, pointing and retrieving. 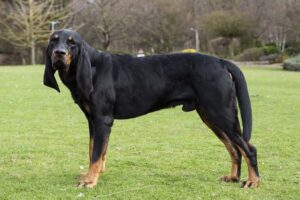 Coonhound is another amazing creature in the list of hunting dog breeds, who belongs to a group of hound dogs originated in North America. It was basically created by mixing Foxhound and Bloodhound during the period of the 17th and 18th century. They mainly hunt red fox, and raccoons and sometimes bears, bobcats, deer and wild boars found in the rough and mountainous terrains. 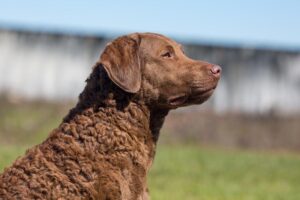 Chesapeake Bay Retriever are well known toughest types of retriever and belongs to the group of Gundog. This breed is capable of surviving in harsh climates. Their power is amazing and that’s why they are one of the best hunting dog breeds living in the world. People also keep this amazing creature as a pet but it is widely used as a hunter dog breed. 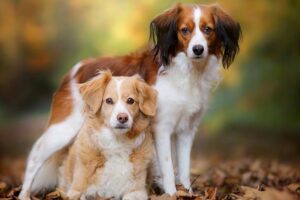 Brittany Dog, the hunter dog breed is medium-sized dog placed at number 10 in the list. They are also famous for hunting. It can be a perfect dog for the owner because it needs to walk and exercise daily. So, in that case, the owner himself can do exercise and this process will also reduce a lot of the stress as well. In 1907, it was first recognized as a distinct breed in France. Who knows that its hunting behavior will make him very famous around the world? They are very friendly and easily adjust to your family environment. People around the world keep this amazing creature as a pet in their house. It is among those hunting breeds of dog that are very obedient, friendly and intelligent even they will understand the hand gestures of its owner.