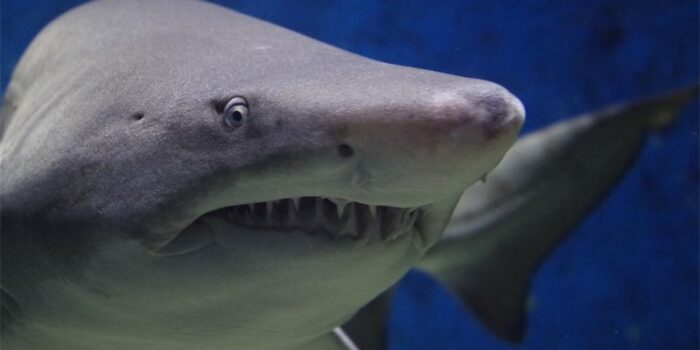 Sharks are the most amazing underwater creature and are famous with the name of rulers of the oceans. In this article, we will learn about the top 10 interesting facts about sharks. They have great power and sense as well. They will quickly respond to things.

Sharks are known for their aggressive and destructive behavior. They are dominating the sea and a lot of other underwater creatures are afraid of them. These majestic beasts are so good in the sense that they can even detect a tiny amount of blood in the water.

A lot of times this underwater creature is also featured in the films. Their terrifying and fascinating character attracts people. Did you know there are some crazy shark facts that will shock you?? The more we study these unique creatures the more information we get. So, the following are the top 10 interesting facts about Sharks.

1. Hammerhead sharks have a 360-degree field of vision

Hammerhead sharks are the most fascinating species in the world, thanks to their curiously shaped heads. The scientist is curious about its unique head shape. A lot of question arises why its head is so unique?? What is its purpose??

According to a study that was shown in 2009, the binocular vision of this underwater creature is amazing because its eyes are placed on the very tip of its head. Many sharks have eyes on the sides of their heads not in front. By having eyes in the front its binocular vision is excellent.

The stereo vision of other sharks is not good because they have eyes placed on their sides. Hammerhead sharks are capable of a 360-degree view of the world. This is one of the craziest and most interesting facts about sharks.

2. Shark embryos attack each other

The interesting facts about Sharks include that they are very strong and aggressive in nature; their embryos are well known for fighting with each other. They can even sense when danger is approaching. The largest embryo can even eat its fellow embryos, in a famous act known as intrauterine cannibalism.

3. Sharks have a sixth sense – Interesting facts about Sharks

The Interesting facts about Sharks included that they have a great sense they can even detect a drop of blood in the water. Sharks are amazing at detecting their prey. They have nostrils that they only use to smell. These nostrils help them a lot in order to detect prey.

It is also one of the most interesting facts about Sharks that they can sense a tiny drop of blood. Near the nose, mouth, and eyes of sharks, there are small black spots. There is a reason behind the existence of these tiny spots, actually, they are the ampullae of Lorenzini – important and special electroreceptor organs that actually allow these majestic beasts to sense electromagnetic fields (EMF) and temperature shifts in the ocean.

One of the amazing and interesting facts about Sharks comprised of the skin of this majestic beast feels exactly like sandpaper. This is one of the craziest facts that you have ever seen. The reason behind that is its skin is interestingly made up of small teeth-like structures called placoid scales.

Yes, it is true you will find this crazy underwater creature in every ocean on the planet. But if we follow research then we have to admit that 70 % of oceans are free from this majestic beast. Most of the other sea animals are territorial but sharks are actually not, they frequently change their habitat.

It is among the interesting facts about Sharks that, young ones are always ready to take care of themselves from the very first moment they are born. They migrate to look for new sources of food and have the capability to travel up to hundreds of miles.

Most shark species prefer to live in oceans. Some of its species are extremely famous to dwell in bodies of fresh water such as the blue sharks which can easily travel up to 4,000 Km up the Amazon River. This unique underwater creature is living in Earth’s oceans for 450 million years.

7. Not all sharks have the same teeth

This majestic beast is very much famous for its sharp and pointed teeth. White sharks have unique triangular, serrated teeth. These teeth will leave a fascinating, tell-tale mark on their prey.

One of the most exciting and interesting facts about Sharks is that when this underwater creature dies and its cartilage dissolves, interestingly its teeth fall to the bottom of the ocean and sandy sediment covers them.

This unique animal exhibits an excellent diversity in its reproductive modes. Some are extremely well-known oviparous species and others are viviparous species.

Their unique scales are also among the crazy and interesting facts about Sharks because they have dermal denticles also known as placoid scales. These scales are very smooth and with the help of them, they can move in the water very quickly.

Scientists think that this giant majestic beast is color blind. However, they possess eyes that are similar to cats and have great vision and can see better in dark and murky waters than other fish.