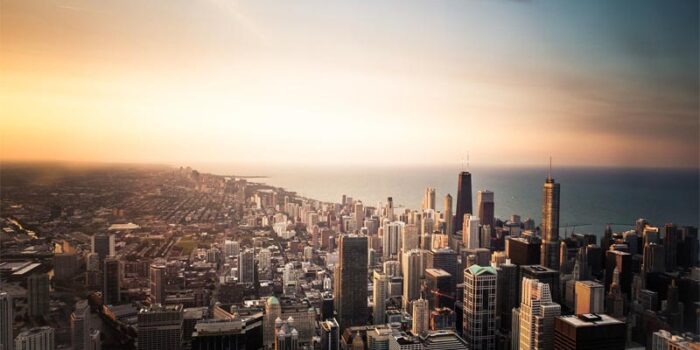 Want to know the Interesting Facts about the USA?? The United States of America is one of the richest, most powerful, and biggest countries in the world. In this article, you will also get to know about the general information regarding the USA such as the largest lake, highest mountain, biggest cities, and much more.

Pizza is the most delicious food which originated in Italy. Everyone loves pizzas, especially Americans. According to the reports, the pizzas that American eats each day would easily cover the 100 acres, and if we make an estimate of the whole year then it will go up to 3 billion. Yes, American consumes 3 billion pizzas in the whole year.

America is among those countries that have great importance in the world of inventions. There are countless inventions made in this amazing country. Some of the most famous inventions are the internet, the lighting bulb, the transistor, the airplane, and the improved mobile phone by Martin Cooper. This one is considered one of the most interesting facts about the USA.

3. GPS is owned and controlled by the American Government

One of the most interesting facts about the USA is that GPS is completely controlled and owned by them. GPS is very famous and being used worldwide. The American government has all the right to switch off it at any time. That’s the reason they have power and influence over the whole world.

Read more: 10 Most Beautiful Places In The USA

4. Freedom Of Speech and Expression

In the USA the most amazing thing is that everyone has the right to speak whatever they want. That’s why they are known as “The land of the Free”. In America, people can express themselves freely. The print and media are open to criticizing the government as well. People can even write articles against their government. They can openly criticize the policies that they think are bad for themselves.

5. THE current Flag of the USA was designed by a 17-year-old

Robert G has beautifully designed the current flag of the USA. Basically, he did it as a school project. His project was not that impressive and he gets a B-grade for the project. Despite getting not got grades from school his flag was accepted by Congress and later he was awarded an A-grade later. Isn’t this an Interesting Facts about the USA?

Among all the Interesting Facts about the USA, this one is very amazing and appreciated by millions of people. The USA is the only country that has set foot on the moon. NASA is basically a government organization and they are the best in space exploration.

7. The USA has won the most Olympic medals of all time

Americans are amazing in sports. They have their own many records in the world of sports. United states have amazingly won the most Olympic medals of all time. This is also one of the Interesting Facts about the USA.

8. They have the Greatest Musical Artist

The U.S has a great and huge musical industry. The majority of music that people listen to comes from the U.S. Their music industry is loved and admired all over the world. Their musical artists have worldwide fans. They tour worldwide and have a huge fan following. The skills they show are just out of this world.

It is also among the Interesting Facts about the USA that it uses almost 1/4 of the world’s energy. The most popular saying about them is that one American uses the same resources as 32 Kenyans.

10. Their Passport has a high value

American Passport is considered one of the best passports in the world. It has great value in the world. U.S citizens are blessed because they can easily travel to 116 different countries without a visa requirement. They will also get a visa on arrival in an additional 44 countries.

China is also competing very well and its growth rate is very fast but the U.S economy is still the world’s biggest and most powerful economy. Their growth rate is amazing.

5 FUN FACTS ABOUT THE USA

. Approximately 27 % of people living in the U.S believes that the moon landing was totally fake.

. Their national animal is the Bald Eagle.

. Their national mammal is Bison.