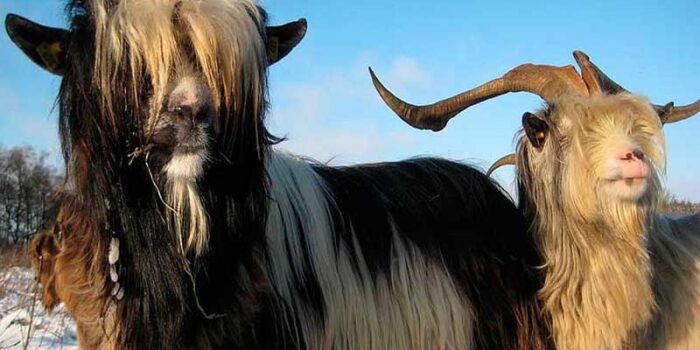 It might shock you that goats are dangerous but it is the reality that there have been many reported cases of goat attacking people. As we know goats are nice and cute as well. As goats are a good source of meat and milk, their milk is more easily digestible than the cow’s milk. But did you know this innocent-looking animal can be sometimes very dangerous and ferocious? Following are the 10 most dangerous goat breeds. 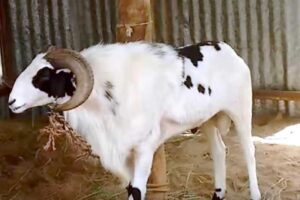 The look of this goat is ferocious and it actually hails from the northern parts of India. In reality, they are actual beasts and handling them is a very difficult task, you cant tame them easily. This breed of goat is very popular in fighting and weighing around 70 kg and contain a tough body, powerful and solid tough horns. In fighting, no one can beat these goats and that’s why they are considered as the best fighter. These goats are absolutely ruthless and very aggressive in nature and will attack anything that comes in its way without thinking twice. 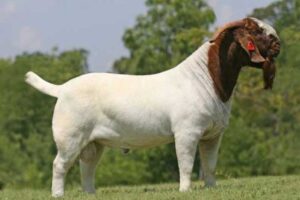 The Boer comes at number 2 in the list of most dangerous goat breeds. Hailing from South Africa, this goat species is extremely famous for its delicious meat. Actually, Boer is bred from a young age but taming them is very difficult. They are very aggressive in nature and also have great strength as well. If they are angry then can attack quickly and actually they are brutal and dangerous attackers. Boer has a strong body and tough muscles so, they have the ability to attack anyone. Its meat is considered to be the most delicious among goats.

Most of its breeds contain white bodies and distinctive brown heads. However, some of its breeds are completely brown as well. Another interesting fact about them is that they grow really fast and their fertility rate is quite high. 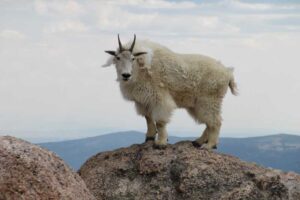 Mountain Goat is also in the list of world’s amazing animals, they are highly dangerous, and have very attacking nature. It is the fact that this goat breed can attack anything and everything. The actually belongs to a famous category of animals called ‘goat antelopes’. This goat is quite beneficial as well as its wool is considered to be one of the warmest. The weight of males is around 70 kg and the females around 50 kg. Their horns are small but they are unblunted and the edge of these horns are extremely sharp. They are among those goat breeds who are extremely fearless and will never feel any hesitation on attacking anyone which slightly disturbs them.

Their appearance is quite loud and has a double white layer that usually sheds in the summer. This double white layer is very beneficial for them in winter because it provides warmth. Males are famous as billies and females are known as nannies. 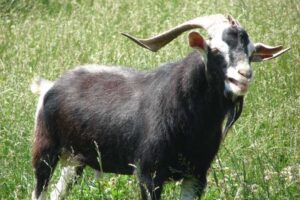 It comes at number 4 in the list Most Dangerous Goat Breeds. Bred in Turkey as well as Syria, as per the name, they contain an attractive black complexion and are mainly raised for its meat, milk, and fiber. Another interesting and surprising fact about this unique creature is that they are immune to many diseases and have the ability to survive under very harsh conditions as well. Don’t mess with them because they are very aggressive and even if slightly provoked, these goats will quickly attack without any indecisiveness. 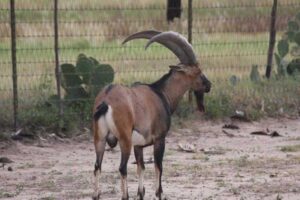 Hybrid ibex is present in the mountain regions of South Asia and Europe. These goats are considered as best for hunting sport and are used in the same. It the well known wild goat as well as the domestic goat. Their long and curved horns can easily scare any human being. They generally not attack humans, but if someone disturbs its environment or provokes them then it will become very angry and will not spare anybody. 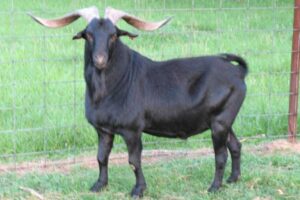 Also famous with the name of ‘Scrub goat’ or ‘Bush Goat’, these species originally hail from Spain but you can also find them in regions of Mexico and the United States of America. They are called by different names are different in each state. They are popular and are mainly used for their delicious meat and are also used for bush clearing purposes. Don’t provoke them because they will become very aggressive and will attack quickly. They are offensive and sometimes can even attack even their own masters. 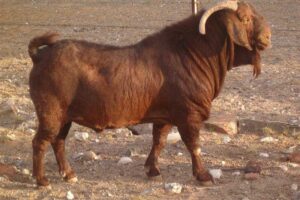 KALAHARI RED is actually from South Africa. This breed is at top of the list of most short-tempered among goats. They are short in size, bulky and very strong and are the great fighters as well. They will never get scared and will attack aggressively with full power. Their red skin actually helps them in camouflage and hence in protection. KALAHARI RED contains the thick coat of skin which actually protects them from the harsh heat conditions. 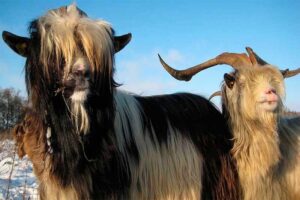 This ferocious goat comes at number 8 in the list of 10 Most Dangerous Goat Breed. It has long, strong horns and thick skin which would easily scare humans and other animals as well. Originally they belong to the Netherlands but they show a close relationship with the landrace breed of Europe. These goats are really aggressive and just like the Spanish goats, they will attack their owner without hesitation and with those strong and hard horns, it would be difficult to escape easily.