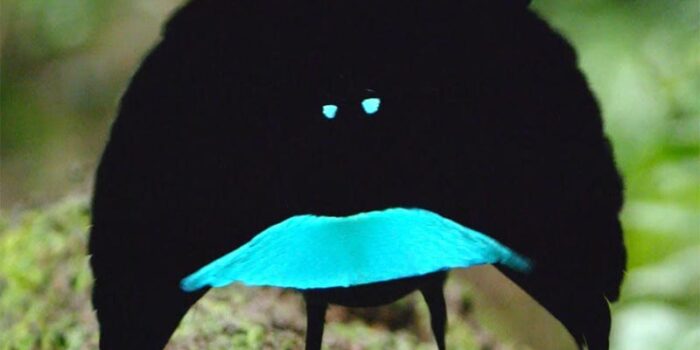 Abnormal plumage, unusual shape and of course infrequency in appearance makes some species of bird so strange. There are about ten thousand birds in the world. Some are weird looking because of their amazing habits in diet, flight, and mating. Below are some of the weirdest birds of the world. 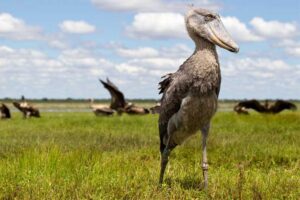 The Shoebill has a creepy appearance. When looking at this tall bird, the feature that makes it look strange is the huge bill. The shoebill is a large, elusive stalk bird. It has an oversized shoe shape beak that makes its look peculiar. These birds are found in East Africa. Its color is grey. Its diet is mainly fish.

Shoebill has specific environment needs for breeding, nesting, and hunting… 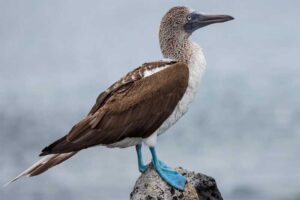 Blue-footed bobbies are looking strange just because of their blue feet. The blue color of this bizarre blue-footed bobby,s feet comes from Carotenoid pigments obtained from its diet of fresh fish. It is a large peculiar seabird with heavy, long pointed wings and relatively long tail. This creepy bird is brownish above and whitish below with a white patch on the hindneck.

Blue-Footed Bobbies are almost exclusively found in the marine environment… 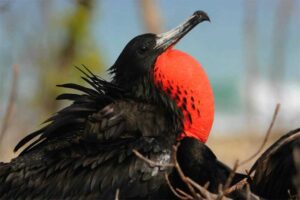 The creepy Frigatebirds range along coasts and islands in tropical and subtropical water. This peculiar Frigatebird has huge, red, leathery pouches that make it look weird. The Frigatebirds eat primarily flying fish. They also eat crabs, jellyfish. The strong toes of this spooky Frigatebird help them hold onto branches. But their small feet with short legs make it impossible for them to walk on land.

These Peculiar Frigatebirds spend most of the day in flight hunting for food and cliffs at night. The bones of this wacky Frigatebird are markedly filled with air making them very light and contribute 5% to total body weight. 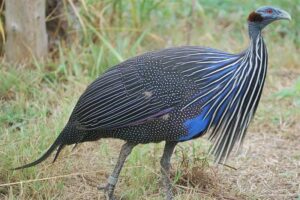 This Peculiar bird can be found in Eastern Tropical Africa. The Vulturine Guineafowl is also referred to as the ‘’royal guineafowl’’ 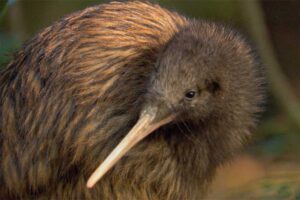 Kiwi birds have many weird and amazing features due to New Zealand,s past isolation. They have feathers like hair that make them look bizarre. They have nostrils at the back of their beaks, and they lay enormous eggs. Kiwis are flightless. This Peculiar bird has habits and physical characteristics just like as a mammal so this bird is sometimes also referred to as an honorary mammal.

The Kiwi has since become the foremost well-known national sign for new Zealand. The beak of Kiwi is very unusual. This freaky bird,s beak provides a special sense of smell… 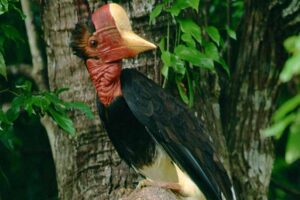 The Helmeted Hornbill is one of the weirdest bird of the world. This bird looks freaky just because of its huge bill, that has a big protuberance on top known as ‘’casque’’. The casque goes from the bottom of the bill halfway to the tip. This wacky bird eats mostly fruits, especially figs. The tail of this creepy bird is long and the two central tail features are much longer than the others.

The People of Punan believe that a big helmeted Hornbill guards the river between death and life. These weird birds are found on the Malay Peninsula, Sumatra, and Borneo. 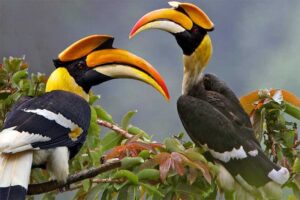 This Freaky species is the largest Hornbill found on the Indian subcontinent. It looks Peculiar because of its yellow and black casque positioned on top of its huge bill. Its impressive size and color have made it important in so many cultures. The spooky female Hornbill is rather small than male and has bluish-white instead of red eyes. Hornbills become very vocal during the breeding season.

The Great Hornbill is the state bird of Chin state in Myanmar, Kerala, and Arunachal in India. 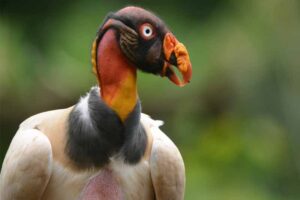 The King Vulture is a big weird bird found in Central and South America. They look Peculiar because of the appearance of their head. From the neck upwards, freaky king vultures explode into vibrant colors of red, purple, orange, blue and pink. This wacky bird has a noticeable orange fleshy caruncle on its beak. Its weight range from 2.7 to 4.5 kg. They have bright red circles around their eyes that look them freaky.

Head & neck of the King-vulture is featherless. This helps to prevent bacteria and blood from ‘’fowling’’ up the feathers on the head. 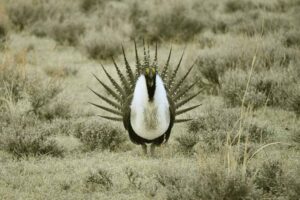 The Greater Sage-Grouse is undoubtedly a comical-looking bird. The adult males look creepy because they have two yellow sacs on the neck. Their tiny heads poke out from white ruff. Greater sage -grouse apparently do not require open water for day-to-day survival if succulent vegetation is available. Oil and gas development disrupts the landscape and greater sage-grouse,s ability to reproduce. 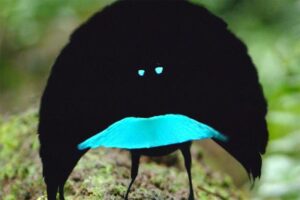 The greater Lophorina is one of the most bizarre species of Paradise. It is a little, close to twenty-six cm long bird. The male Lophorina bird looks freaky because they have black leather capes and blue-green breast shields, which spring in an upward motion and spread widely around their heads during a courtship performance. This species has an unusually low population of females, and competition amongst males for mates is intensely fierce.

The greater Lophorina is distributed throughout rain forests of New Guinea. They can sometimes be seen foraging food on the grounds of the forest for insects…

10 of the Weirdest Looking Monkeys