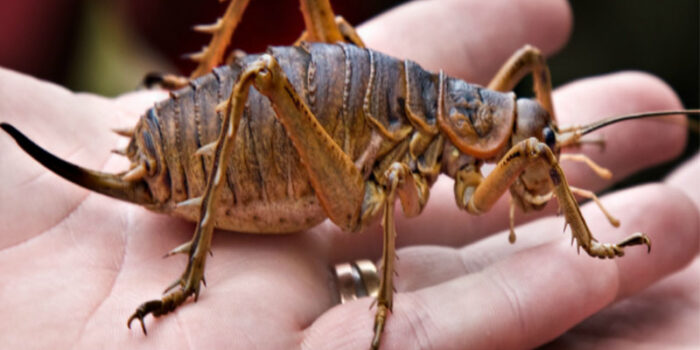 Animals are the best creation of God. According to biology, the human is also an animal regardless of this they all are blessing for our nature and surrounding. Due to heavy industrial revolution, their presence is declining day by day or we can say that we are moving towards the disaster where lack of greenery and thousands of deaths due to pollution and smoke. In our childhood, we weren’t able to get the information about them but only through two channels “National Geographic” and “Animal Planets” but nowadays Frequently new websites and different social media platforms are updating the new knowledge about living things, their life and much more. Most of the animals are not deadly for humans but some are a fierce animal. What do you think about them wanna see them? Go to the zoo or other way select a jungle on your own risk. Let’s have a look at fierce animals in the world. 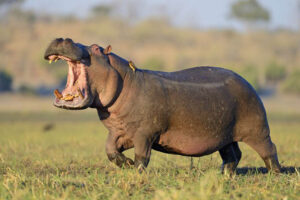 The hippopotamus is one of the fierce animals in the world. People call this animal as Hypo which is a nickname of that animal. A mammal with an immense body and small feet that looked like a pig but it’s a different species Some Zoologists explained it belongs to the family of whales and dolphin. Listed as the third The largest animal in the world. Some extraordinary characters are as follows: Firstly, 1500 kg average weight. Secondly, It gives birth in the water. In the end, “Horse of the river”.Shocking thing Hypo is herbivorous but always try to attack the humans and you can find its angriness videos on Youtube. 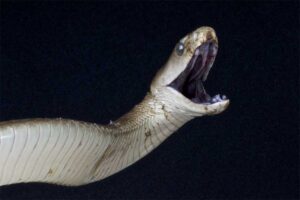 The scariest one that contains venom in his mouth that is highly poisonous for the human body, this fierce snake live on the small mammals. Black mamba height is from 6 to 9 ft. After its venomous bites, a man can lead to death in only 10 mins but rarely mambas attack on humans. why back mamba indulge in the list of most fierce animals of the world? The reason behind, it can bite multi places in just a second so, instead of using antivenom life safety is surely not possible you can found them in mountain areas and South Africa. 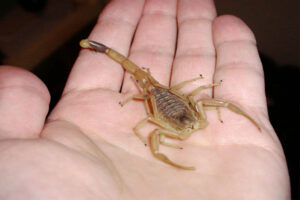 Animals that signed a death bond with you it’s quite dangerous and scary. Its belong to the scorpion family Buthidae family that considered to be the largest one and Another name of this fierce animal is Palestine yellow scorpion. Zoologist recognized this species by its tail that has 5 separately stalks on it. Stalker venom is too poisonous but the least number of chances of a healthy person but fatal for the old and kids. they found in the North African desert and middle East as well. 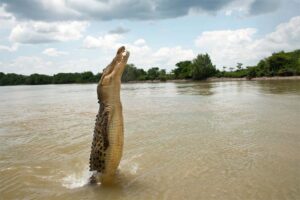 Crocodile is a wild animal that attacks the people And other mammals abruptly and in a single minute could Swallow. Its a carnivorous and mysterious think to about its mouth a hard grip to broke the bones. This fierce animal is harmful to everyone who enters in his fence rather it could be a shark or a bird. 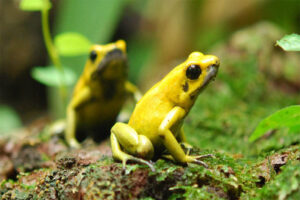 Known as Golden frog, it’s looking cute but doesn’t think of its size. Frog is the member of fierce animals in the world and highly toxic tiny creation It can found in the Columbia. Golden frogAre endemic means they are present in specific area poison stored in their skin almost quantity Of 1mg that enough to kill 10 to 20 humans. Present in variant colors i.mint green. yellow iii. Orange 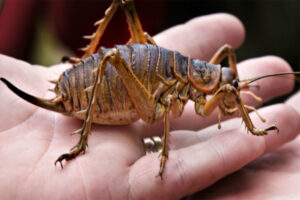 The dear audience doesn’t stare at its name seriously! Weta is not a Giant but a heavy body insect that’s the residence in Newzeland. Its bigger than a sparrow and its body 4 inches long without antenna and tail its surely a scary for environmental control government kills most of its species except one because that’s environmental friendly that’s why its entered in the list of fierce animals in the world. 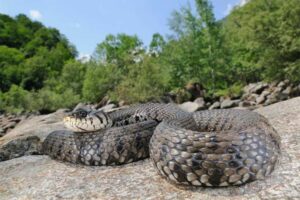 Its also in the fierce animals in the world because Anaconda is the biggest snake on this planet. Snake is Highly dangerous and loves to eat everything. Especially the animals. Anaconda is not poisonous it kills its prey by gripping weight estimated 550 pound and 30 feet in length 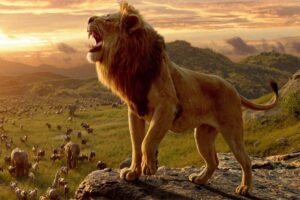 Fierce animal by its shape, sharp teeth, and dangerous nails that even kill a big buffalo in less than a minute. The lion is a powerful and brave animal they are forests of Africa and North America but from since 1990 the population of Lions decreasing by increment the number of people in that region. This animal is seriously a historic one most of the countries love to place their pictures as their icons of bravery when it roars its alarming situation same as an alarm of death that’s why we can say real fierce animals of the world. 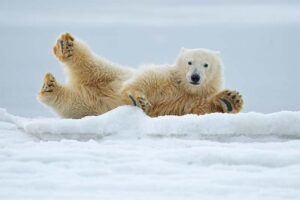 A handsome animal but don’t look at its cuteness it will be harmful to you if you will be an encounter with this ice bear. Yep! Its other name is ice bear and at the of the fierce animals in the world. Bear spends its most time on the place where sea ice combining with water so where he found his prey. Polar can tackle the very low temperature and he can store fat for his hard days but because of global warming and environment changes its species are facing more danger. 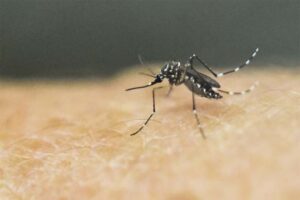 Top fierce animals in the world, the smallest but the biggest enemy of a human being. In Asian countries, it spread dengue its a disease when a person attacked by this mosquito the platelets Decline day by day a which tend to death in last decade they murder a thousand Sirlankans, Pakistanis and Indians. Malaria is also caused by this tiny creature and in the past few decades when there was no proper treatment of Malaria thousands of people become prey of it.