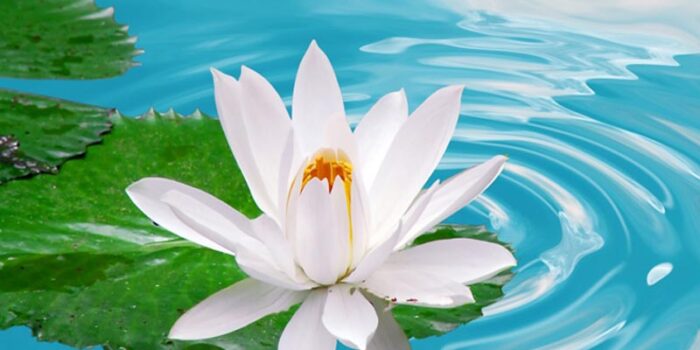 Whatever the profession is flowers are the utmost beauty that changes our feelings and indicates harmony. Beautiful flowers are the language of Earth, that spread love along with its fragrance. There are various types of beautiful flowers in the world in which some are used as medication while some are a source of nectar for insects. They are the beauty of our garden.

Roses are the most beautiful flowers in the world if we say the rose is the king of all flower then I am not wrong. It’s amazing and enchanting fragrance reaches our heart straight. Most popular flower of all time. There are different types of roses that highlight feelings like white roses mean holiness, red roses show everlasting love and feelings, yellow roses symbolize friendship while pink roses indicate innocence and first love. It is a different mixture of spiky stems and aromatic flowers. Mostly roses are found in Asia but distributed throughout the world.

Read more: 10 most amazing blind animals in the world

Such beautiful flowers are known as paradise birds because of their nature which is quite a tropical plant with its long-lasting blooms. It resembles the bird of paradise also. Their leaves are normally 20cm long and 15 cm broad. It is the most striking and impactful flowering plant. They rely on birds pollination like tropical birds. Bird of paradise is also described as a craving flower. These beautiful flowers express paradise itself. They serve for quite a long time and make unbelievable cut flowers.

The poppy plant remains a garden favorite flower its original reddish-orange color gives a soothing effect to eyes and spreads a lovely feeling. This cup-shaped flower open in each spring once located, these flowers don’t like to travel. Poppy hates wet surroundings and doesn’t grow in soggy ground. They grow in a variety of colors almost in all shades except blue. This beautiful flower constantly grabs attention.

They are bushy and herbaceous beautiful flowers, normally hybrids that are commonly grown as garden plants. In a colder climate, they need to dig up and store the tubers before the first hard drop if you wish to grow them as perennials. Stems of dahlia are leafy ranging in height up to 30cm. Dahlias love moist, moderate climates. Though not well suited to extremely hot climates. They were used as a cause of food by the domestic peoples and were both found in the wild and cultivated areas. Dahlias love humid, moderate environments and brighten up any sunny garden with a growing season that’s at least 120 days long.

It is a spring flower mostly related to the tribe Lilieae and almost 70 species are divided throughout the world. The most beautiful flowers enhancing the beauty of nature. It is found in multiple colors, they are grown in pots and are also known as popular fresh cut flowers. It produces slow growth in summer and once the flower and the leave die than it rising above the ground in early spring. They are famous throughout the world as an ornamental garden flower. It is categorized as one of the most beautiful flowers in the world.

6. Lily of the Valley

This is one of the beautiful flowers in the world known as a woodland plant, it is a bell-shaped white flower borne in the spring season. Its pendant shape makes them unique from other flowers, they consist of six white petals, brownish color seed, and transparent beads. One important thing about lilies, they are used as a food plant by larvae of some moth and butterfly. This moisture-loving plant forms an organic mass with red seed pods, which makes lily of the valley charming after blooming and very carefree.

It is famous as the flower of Friendship while its charming yellow color is a wonderful sign of spring. These beautiful flowers are great for gardens and decorations. For example, daffodil flowers have a trumpet-shaped in a star-shaped environment. Hence appearance of the wildflowers in spring is connected with festivals in many places. It is the royal flower of Wales and the symbol of cancer funds in many nations.

Its scientific name is Lamprocapnos. These playful, almost fairy-like beautiful flowers are favorite in houses. Furthermore, flowers are in different colors like red, white or pink and appear in April-June. Pink boundary petals with pea-size white tips look more attractive. Thus it is appreciated in gardens for its heart-shaped. When a small water drop appears at the tip of the flower it is one of the most beautiful flowers truly seems like bleeding hearts as their name proposes.

Gladioli are tall beautiful flowers and are formed of various flowers. They stand up to 3 feet tall. Hence it is largely grown in Europe and the Mediterranean regions of Europe. Such spiky plant has fresh flowers in shades of orange, yellow, pink whereas white is all beautiful. The flowers of unmodified dessert species differ from very small to perhaps 40 mm, while inflorescences conveying from one to several flowers. Thus striking large flower stems are the products of times of hybridization.

It is one of the most beautiful flowers with ever beauty lies in its white color. It is also called Tiger lotus or Egyptian white water lily. Furthermore, they die in a cold climate while growing best in the aquatic environment. White color indicates purity while yellow lotus shows spiritual ascension. Beautiful white lotus size is up to 20cm in diameter and round shape leaves. Thus they are aquatic flower so both flower and leaves float on water that enhances nature.