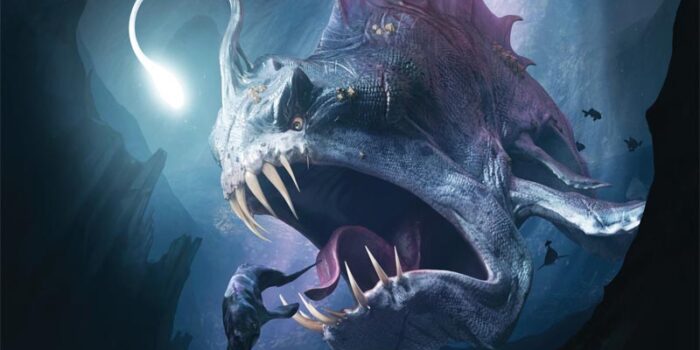 The luminescent effect is the natural way of emitting light from bodies. Due to the combination of special chemicals, they react together and emits energy in the form of light. These bioluminescent animals communicate with the help of light. Furthermore, it is the most captivating evolution developed in marine animals. According to a scientist, about 90% of animals underwater produce this bioluminescent effect. It is a trait that has evolved in a variety of organisms.

One of the most beautiful bioluminescent animals in the world is Crystal Jelly Fish, as the name indicates as clear as crystals. Most probably found in West and North America. Furthermore, the umbrella-shaped body emits greenish-blue light. They feed on small sea species like copepods and worms In addition, it is an amazing luminescent fish that produce two proteins like aequorin, green fluorescent protein, and photoprotein. Moreover, these animals have a contractile mouth and up-to 100 radial arteries that spread to the bell boundary. It catches the prey with the help of tentacles. Hence, crystal fishes are the most transparent and bioluminescent animals in the world.

This animal is well known because of its sharp-pointed and long teeth which give a frightening look. Such animals are an apex predator with enormous jaws with a protrusion on its chin. Normally it is 6 inches long as there are many species of dragonfish but all have almost similar characteristics. Furthermore, Dragonfish are categorized as bioluminescent animals because the light is produced from their special organ called photospheres. Such animals live very deep in water up to 5000 feet depth range.

There are almost 2000 species of this animal furthermore only a few fireflies are bioluminescent animals. These light-producing animals are in large variations between species due to physical appearance, size, color, and especially antennas. The abdominal region emits light Hence, these type of smallest bioluminescent animals in the world hibernates in winter during the larval stage. They need calcium, adenosine triphosphate, luciferin chemical inside the light organ. When the mixture is being entered into oxygen additionally it performs a chemical reaction that produces light.

An amazing bioluminescent animal in the world is the toughest animal that can survive in every least situation even. Furthermore, any drastic changes in life never bothered them like harsh climate, no sunlight, nor an extremely low amount of oxygen and even no food. Due to this unusual nature, people investigated almost 4% of new varieties of deep-sea creatures with every dive.

These bioluminescent animals consist of light-sensitive organelles whereas the eyespot stigma, or a larger nucleus containing a prominent nucleolus. Due to the rapid growth of some dinoflagellates, a visible coloration of the water occurs, known as red tide. The flagellar evolution provides the first drive due to a turning force. The longitudinal flagellum is almost traditional in character, with some or no hairs. It refers to phylum Dinoflagellata.

The most famous bioluminescent animals with size 2.4 inches and a weight of 0.035 ounces while species belong to the Swarm group. Krills are in the southern ocean as well as are used for human consumption. In the Philippines, krill are also known as alamang because they are utilized to make a salty paste called bagoong. The outer covering of krill is a transparent shell with two antennas and many couples of thoracic legs.

Such small bioluminescent animals are present in salty and fresh water everywhere. Many of the copepod species are biodiversity symbols moreover, they live underground in marine and fresh cave. Due to their small size of almost 1-2mm long, large antennas, and single composite eyes, they are not easily visible. In addition to this most of the copepods usually have a transparent body with bright red inversion at the center.

Anglerfish is a peculiar and monstrous-looking fish. On the other hand, most are larger fish with a mass of almost 12kg to 32kg varies according to different bioluminescent animals. It has large fleshy growth at the head region with dark brown body color and a small tail. Eventually, these heavy bioluminescent animals are completely carnivorous animals. As a matter of fact, the light gland is periodically open to the outside because it is easy to acquire the bacteria from the seawater.

Lantern Fish one of the beautiful bioluminescent animals is a very famous marine animal eventually, they are distributed and diverse marine species. Whereas on the head, tail and underside number of photospheres are located. In addition, such animals generally have small fins but large terminal mouth with small and smooth teeth.