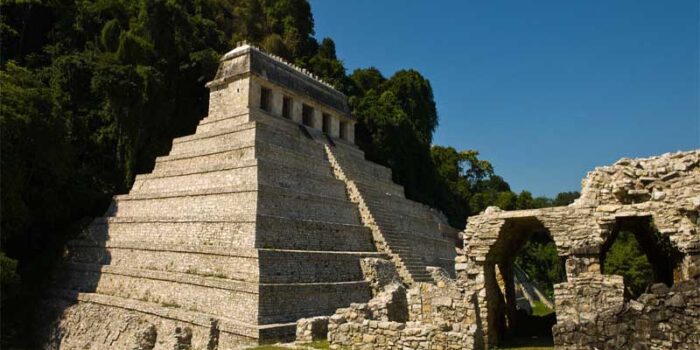 Temples are the places where people come for worships to fulfill their needs. Millions of human beings follow the same convictions on this planet. Mayan was an ancient culture thousands of years ago they had beautiful temples at their times that were unique in their attributes constructive aspects and styling we gonna look few of Mayan Temples because they are more than a miracle for tourists. What are you thinking? They are not ordinary buildings but easily recognized by an eye taking on them. Buildings are pyramids resemblance Moreover too strong and shown like stairs. 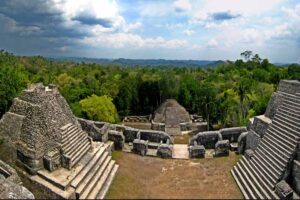 Listed as the first most beautiful Mayan temples of the world. It’s situated in Caracole District of Belize. Caracol covered the largest is 200 kilometer which is more than the Belize City. The word Caracol also has a history extracted from the Spanish word that’s meaning is Snail Shell and if you visit probably find a lot of snails there and most tourist told this Mayan temple have snails at its site. 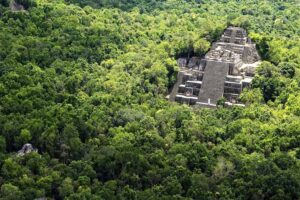 This miraculous one present in Mexico deep forests and found one of the most under-covered city in ancient times. The lush green Peten Basin forests are secured and just 35km away from the border of Guatemala. Especially it was famed as “Snake kingdom” which contain 50000The estimated population that was managed and governed. This was an immense name of the classical Era. The most important thing it had the facility of water controlling system natural andArtificial. Results found they had a complete life luxury at that time. Mayan temples give you information the ancient way of life. 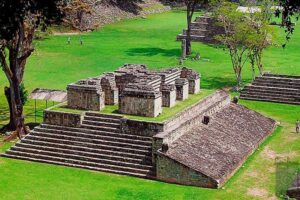 Mayan temples indicate us about their deep civilizations and traditions. It also explains they were armed they fought many wars against each other. Copan engages you with the same tales through which you understand were they tame or did the same that is happening nowadays. Copan is located in Copán Department of western Honduras, It was the capital during the 5th to 9th century and the most powerful city but suffered from political disaster in 738AD by two Kings. The eastern side vanished from Copan River since that time river is diverted to save most beneficial asset. 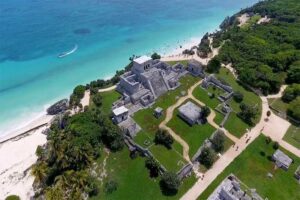 Millions of people love to travel Mayan temples and know the history of the ancient traditions and their way of living suppose how were their dresses? How was their defense system trading and And much more this Maya civilization city was covered by a three-sided lime wall and on the other side seaport? Tulum was the last city that was built before the SpanishOccupying Mexico. The population of that extraordinary city was 1600 people and their business was export goods and materials. Mind-blowing pieces of information about this city are firstly famed as “Zuma” the City of Dawn, Secondly, it had access from both sea and land root. 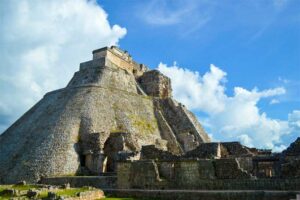 Mexico is epidemic land of Mayan Temples all the sites we studied above are present in Mexico. Uxmal is also located there and most influential site of Maya Customs look at the architectural miracle a rounded pyramid makes it a more marvelous archaeological point of view. The road map can be seen in this city and also connectedWith two more cities in the region. Estimated more than 15000 people were lived there. It is the fewest Maya cities where a normal person or visitors can understand the Architect and living of ancient people. 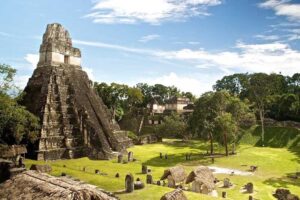 In Mayan civilization, 90 percent of people belong to farming and land management. In Mesoamerica its the most archaeological site. Tikal temple has characteristics of roof comb. The structure has something special that its belong to  Jasaw Chan K’awiil The ruler of Tikal city. Each one of the Mayan temples had secured a different story. 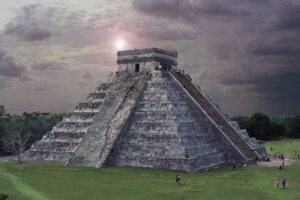 Location of the temple is Yucatan state, Mexico. This was built by the Maya classical people and the central point of the lowlands 600AD-900AD. The construction explains everything its Pucc styling that’s a representation of central Mexican but some more styles give exposure to cultural diffusion among the nations. Especially its a paradise for the tourism 2.6 million people visited in 2017. 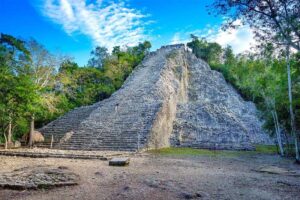 An ancient Mayan city a part of the Mexican state and situated Yucatan peninsula (separate Caribbean sea from Ulf Mexico) A board showed Coba explain the 600AD-900AD late classical civilization. The Coba inhabitants were almost 50000 and they lived with the two lagoons. The construction of the city estimated from 500AD-900AD. 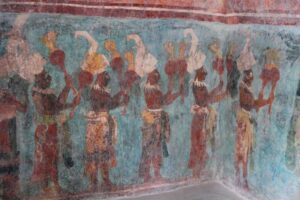 Its structure is an ordinary one but the specialty is murals wall paintings that are explaining classical civilization thoroughly. Maya was an incredibly peaceful social life, a peaceful area where people sacrifices for each other. These Mayan temples built in 500AD-800AD. Temples were discovered in 1946. He might be an American photographer who learned about its spectacular wall painting. in my opinion, he had paid much money to Maya person as a tourist guide to discover it. 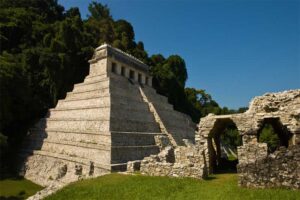 Palenque other name is Lakamaha means “The big water ”. It found in the 7th century after its ending it turned to be a forest where only the residence of animals and birds but its again rehabilitate and waiting for you to take an eye on it.

Result of provided information there is several lessons for us. The most ancient People thousands of years ago had the same problems that we are facing today. Surely! The communication system was not enough strong but they knew the principal values, customs and follow their traditions. They had the same economic issues, Wars, gossips and even the much more sacrifices for each other. They are not present this planet, they left the materials here but their love is still present and persuing us to praise them.