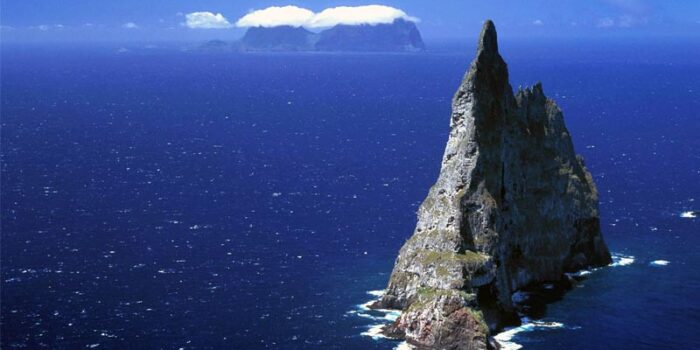 We composed a list of amazing and famous sea stacks from around the world. Sea stack is a geological form consisting of a sheer and often vertical column of rock, near the bank. Over a long period of time, sea stacks are formed by the erosion of wind and water. Here we describe the information about top 10 Famous Sea stacks: 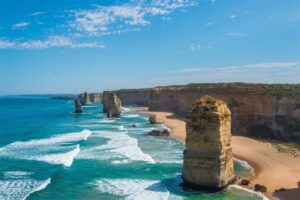 The Twelve Apostles is a collection of limestone stacks off the seashore of Port Campbell National Park, by the Great Ocean Road. The formations name was made official as the Twelve Apostles, despite only ever having had eight stacks. And currently, only 8 Apostles are left in this famous ocean stack. Due to wave action eroding the cliffs, existing headlands are expected to become new limestone stacks in the future… 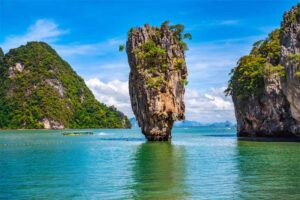 Risin og Kellingin is two sea stacks just off the northern foreshore of the Island of Eysturoy. It the sun shines on this two sea stacks Giant and Witch, its turn to stone. The name relates to an ancient legend that tells us the Interesting story of stacks origin. They reached the north-westernmost mountain and the Giant stays in the sea … 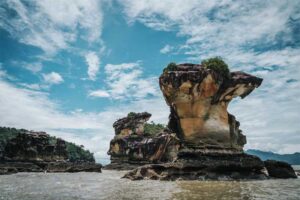 The beautiful sea stack is located in the Bako National Park in the Island of Borneo. Its covers an area of  27.27 square kilometers at the tip of the Muara Tibas Peninsula. A network of 16 marked walking trails of different length allows visitors access. Various beaches are accessible by boat from Kampung Bago or Teluk Assam as well as geologically interesting sea stack rock information.It is one of the most famous and beautiful sea stacks for visitors. People come here and enjoy too much with their families. To be honest it is the world best and famous Sea stack…. 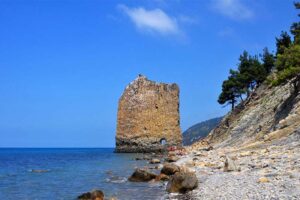 Sale Rock is also known as Paris Rock. It is a more famous huge sandstone monolith on the shore of the Black Sea. Its resembles the outline of a ship,s sale. The appearance of this unique formation is explained by the pounding of the sea on the land (erosion), as well as the different strengths of its constituent rocks. Sail rock,s status as a natural monument was declared November 24, 1971. It is the most famous and it has the attraction of visitors….It’s about 1m (3.2 ft) thick, 25 m (82 ft) high and about 20 m (65 ft) long.. 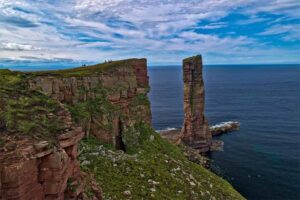 The Old Man of Hoy is a 449-foot (137m) sea stack on Hoy, part of the Orkney archipelago off the north coast of Scotland. Formed from Old Red Sandstone. Winds are faster than 8 meters per second and gales occur on an average for 29 days a year. The Old Man of Hoy is a red sandstone bank, rest on a plinth of basalt rock. It is one of the tallest sea stacks in the UK … And it has great attraction. 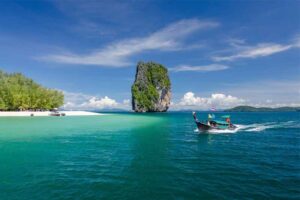 Koh Poda is a very amazing and everlasting small limestone island 25 minutes by boat from the beaches of the Raileh peninsular (which can be seen on the horizon in the photograph). Koh Poda and Chicken Islands are the closest one and can be easily reached by easily tailboard. Mu Koh Poda or Poda Group Islands is under the administration of Haad Noppharat Thara-Mu Koh Phi Phi National Park. The northern beach of Koh Poda enlarges further from the eastern beach. The eastern beach of Koh Poda is the amazing one; it is best for swimming and sunbathing… 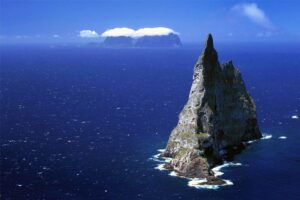 Ball,s Pyramid is the tallest volcanic stack in the world. Ball,s Pyramid is part of the Lord Howe Island Marine Park in Australia and is over 643 kilometers (400 mi) northeast of Sydney, New South Wales. Ball,s Pyramid is located in the center of a submarine shelf. The Pyramid is named after Royal Navy Lieutenant Henry Lidgbird Ball who describes discovering it in 1788. It a remnant of a volcano that formed some 7 million years ago! 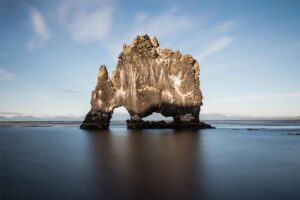 Hvitserkur is a 15 m high basalt stack along the eastern shore of the Vatsnes peninsula, in the northwest island.  The rock has two holes in the base, which give it the appearance of a dragon who is drinking. The base of the stack has been reinforced with concrete to protect its foundations fro the sea. This amazing ocean stack is 15 m (49 ft) high.  The famous and amazing sea stack is not only a tourist attraction but is also home to many bird species. Several kinds of birds, such as gulls and fulmars, live on at Hvitserkur and its name comes from the color of the guano rested on its rocks… 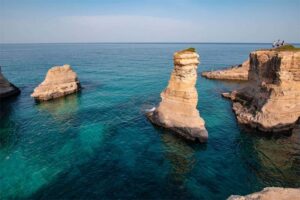 The sea stacks that introduce  Torre Sant, Andrea are formed by the caustic power of wind and waves beating against pliant coastal cliffs. Located on the ‘’heel’’ of Italy,s ‘’boot’’, Torre Sant, Andrea takes its name not from these natural towers, but from one constructed by humans in the 16th century as a watchtower, the ruins of which can still be seen. This beautiful and most famous sea stack in south-east Italy creates beautiful coves… The local nightlife also apparently features a fairly active reggae scene… It’s very AWESOME.