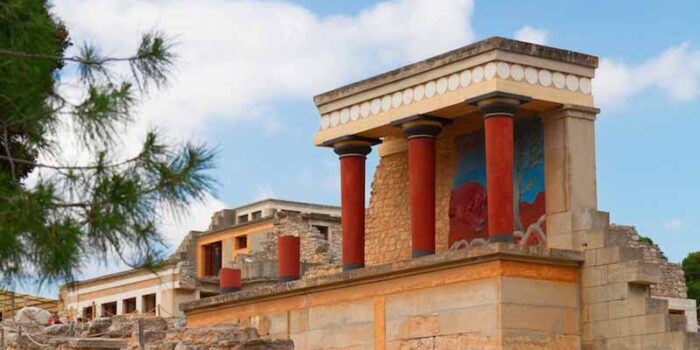 Most of the buildings are so old that they would have been as antique to the Egyptians as the Pyramids are to us today. Oldest buildings in the world belong to incredible people who sacrifice for settlements at that time. Today, all of these buildings are major archaeological places while some are open to the public as favorite tourist goals. After so many advance discoveries our history remains the same with incredible stories behind.

It is located in Easter Rhodhops at Bulgaria long ago as 5000BC, a high rocky place almost 470m at height. The ancient evidence of culture is present in the mountain from the time of the Bronze Age whereas the ceramics were of early age. Hence, the name Perperikon is the Middle Age name almost 11th to 12th century. Therefore, the theories of this name are resembling gold mining. It is known as the famous temple of Dionysius and the place where Medokos announce himself, King of Thrace, in 424 BC.

This amazing oldest building is located in Turkey, Van province. It is known by an ancient king of Urartu who is an impressive and biggest fortress of its time. As it is a huge stone castle build by the old kingdom throughout the 9th to 7th centuries BC. The flatter parts of the walls of Van Citadel is manufacture by unmortised basalt rock, while the rest was made from mud-bricks.
Such oldest buildings are used for local control, rather than as a barrier against foreign armies.

A Largest and oldest prehistoric fort that is still in the same condition. It is located on Aran Island around 1100 BCE. Removals have exhibited that people had been living at the place since 1500 BCE and that the first version of Dun Aonghasa. A group of four antique walls is made up of dry-stone made up of a huge rock its height is one hundred meters above the sea. Beautiful stonework is done almost four-meter wide all around. Actually, it is D shaped building merged with the sea on one side.

This oldest building is listed as a World Heritage Site in 1998 by UNESCO. It is an old-fashioned human structure on the island of Cyprus. Hence, it was first found in 1934. Likewise, this is known as seal village, aside by the river, by a solid wall of stones 2.5 m deep and 3 m at its highest level. The entrance into the village was apparently by different entry positions over the wall. Consequently, the buildings inside this wall contain round constructions gathered together.

It is an archaeological site meanwhile is also present in Heritage Site building by UNESCO. It is one and only remnants of Nuragic culture. This oldest building in the world is a special type of defensive building. Thus it is a 17th-century famous building. Serving Barumini and its empire means to explore a world rich place in past and culture. New residences are built in various forms by their ancestors and consist of several poor rooms and composed of small stones.

Tumulus one of the oldest building in the world is the prehistoric structure of date 4800 BC. Its diameter is 42 meter and the maximum height is 4 m in diameter. At the time of 1840, about 200 skeletons buried in three-layer between stony slabs. It has four-chamber and two of them have no access passageway.

This oldest building is located in the city of Konya in Turkey. Mining showed 18 continuous layers of structures meaning various stages of the contract and eras of history. The bottom layer of buildings can be dated as early as 7100 BC and the top layer is 5600 BC. This oldest city consists of flat roof residential places located from hatches in the roof. Population surveys for the agreement include around 10,000 people.

It is located at the center of Cabu Abbas plain as one of the oldest buildings in the world that are built-in 18 century BC. It has a central tower with a diameter of 15-18cm in height. Hence, this oldest building manufacture with basalt blocks consists of mainly three floors while the top floor is now finished. Furthermore, the Nuraghe corridor is almost 27 meters famous due to the corbel arch method.

Knossos one of the famous buildings in the world Thus is known as Europe’s ancient city. Hence, this castle was not successful due to some unexplained reason at the end of the Bronze Age 1,380–1,100 BC. Due to this, Knossos had a very large history of human habitation. Huge quantities of clay and stone engraved bottoms and twists to historical cloth-making. A large number of colored stones are famous specifically greenstone, serpentine, diorite, and jadeite.

This tower one of the oldest buildings therefore, it is 8.5 meters tall build-in pre-pottery period. It took almost 1100 days to construct this oldest building whereas the defensive purpose of the tower, wall, and ditch at Jericho has been brought into question.