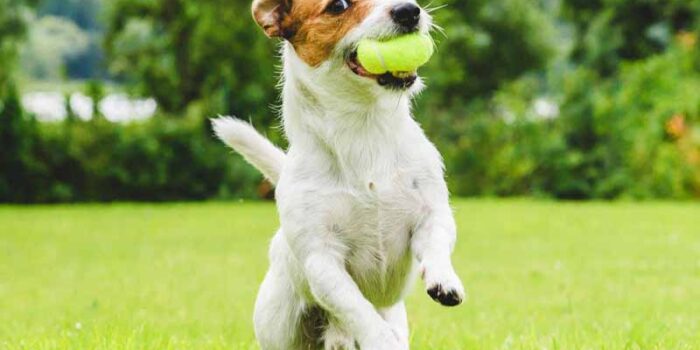 When we think about the speedy animal, the dog is also considered the fastest pet with agile, strong bodies and long legs that can cover a distance very easily. They have a strong and stocky body so they can easily reach up to the speed of 45m/h. Here is the list of top ten fastest dog breeds: 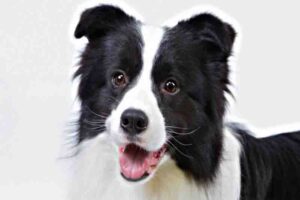 The Border collie is supposed to be a herding breed as it was bred to herd livestock. The running capability of it reaches up to 30 miles per hour, making it the 10th fastest dog in the world. This dog is known to be extremely smart, loyal, obedient, and energetic. 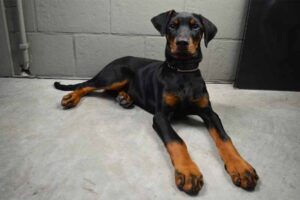 The Doberman can reach up to the speed of 32 miles per hour thus in a ranking of the fastest dog in the world Doberman is at 9th.  The breed of this dog was originated in Germany in the early 20th century especially to be a guard dog. When we study the history of this dog breed, it has been used as war dogs, police dogs, and for private defense. The Doberman is supposed to be one of the most intelligent dog breeds. 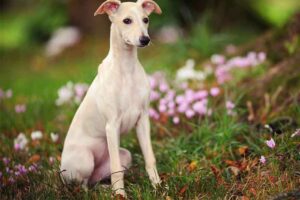 Basically, the Whippet breed was a Greyhound that was supposed too small for hunting. The native law banned their use for hunting so they were bred together and mainly used to kill rats. When the law altered, the Whippet became famous in dog racing due to their speed. Whippet breed can run up to 34 miles per hour, although some have been recorded at 40 miles per hour. It is supposed to be the fastest dog of its size and is the fastest accelerating dog in the world. 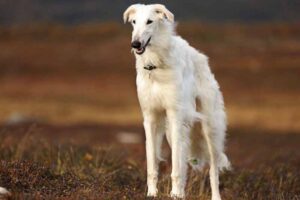 The Borzoi is also called as the Russian wolfhound, is a spectacle dog. This breed originated in and was presented to Russia, where it was bred to hunt wolves. It is considered as a 7th fastest dog and can reach up to the speed of 36 miles per hour. Actually, its name comes from an Old Russian word means “fast”. They are supposed to be a very quiet breed whose bark is rarely heard. They are very intelligent and easily learn anything. 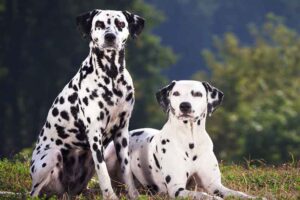 The Dalmatian breed is a famous pet and easily familiar by its appearance, which is white with black or brown spots. This breed is capable to reach speeds of 37 miles per hour, making it the 6th fastest dog in the world. The first record of this breed dates back to a painting from 1600 in Croatia. In history, Dalmatians have been friendly guard dogs and mostly used to run beside carriages to safeguard against robbery. 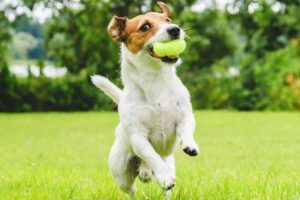 The Jack Russell Terrier is a short, strong, and highly energetic dog breed. It is the 5th fastest dog in the world and his ability to run up to 38 miles per hour. The present-day version of this breed can be outlined back to 1795 when fox hunters in England uttered the need for an all-white dog that could be easily differentiated from a game. English White Terrier is its ancestor, which is now extinct. 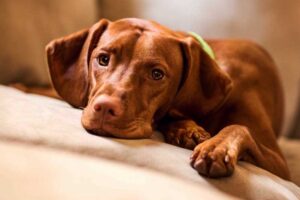 The Vizsla is a standard-sized dog with a strong build and defined slender muscles. With a daring nature and an immeasurably protective instinct, they are called as beloved companions who swiftly form close bonds with their owners.

The Vizsla, which reaches speeds of 40 miles per hour, shares 4th place in the list of the fastest dog breeds. This breed created in Hungary, where it is called for its shielding instincts, pointer-retriever hunting skills, and high level of energy. 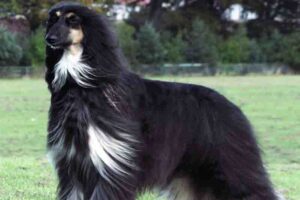 The Afghan hound shares third place in fastest dog breeds as its running speed is up to 40 miles per hour. It is one of the oldest breed called basal breed, means its DNA is less mixed than more present breeds. This breed most closely resembles the Saluki. This breed has been originated in Afghanistan, where it was bred specially to tolerate the cold temperatures of high mountain altitudes. 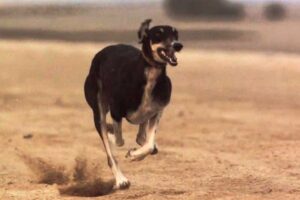 In the list of fastest dog breed, Saluki takes the 2nd position and can reach speeds of up to 42 miles per hour. Some professionals even believe that the Saluki can withstand high speeds for longer distances than the Greyhound.  This breed has a strong vision and has generally hunted gazelle, fox, and rabbits.

Due to their hunting qualities, many Saluki is often seen as independent and indifferent, and they can get fed up easily if left alone for lengthy periods. Tough training methods are not recommended for them because of their aptitude and they mostly will not take part in some types of games. 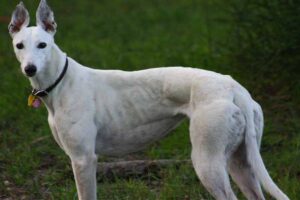 The fastest dog breed in the world is the Greyhound, which can reach speeds of up to 45 miles per hour. It is believed that the origin of this breed can be from ancient Celts in Eastern Europe. Since that time, it has been bred especially as a sighthound and used for hunting, chasing game, and racing.

Read also: 10 Most Romantic Animals in the World