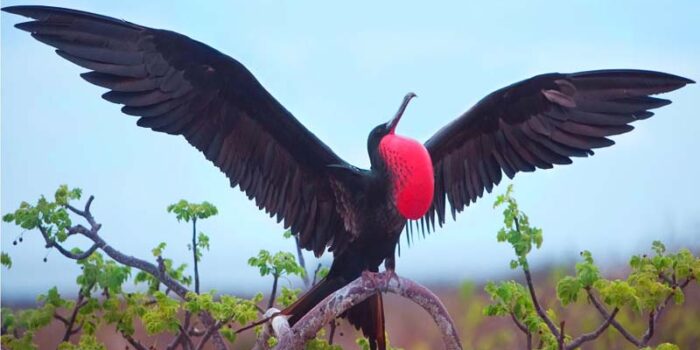 Many jet planes and rockets have very fast speed in the air. When we think about speed on land, racing cars and superbikes appear in our mind to enjoy their speed but some fastest birds are present in this world which is born as definitive speed machines. Here is the list of 10 fastest birds in the world. 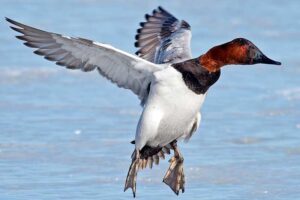 Canvasback is a diving duck that lives in Marshes and Swamps across North America. Their wingspan is of 34 inches. They could attain a maximum speed of 73 mph during flight.

They are migratory birds and their migration begins at the start of winter, towards the Great Lakes, located between the borders of U.S and Canada. During migration, they fly in a ‘V’ shaped form. 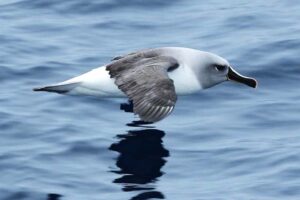 Grey-headed albatross are huge seabirds that breed in the South Atlantic sector of Southern Ocean. As the name specifies, they have a bluish grey head and neck and tail have a blackish grey color. During a flight, their maximum speed is 78.9 mph with 2.2-meter wingspan but during foraging, they fly with a normal speed of 68 mph without any rest.

The wind conditions of the Southern ocean have a massive impact on the flight speed of these birds. They take benefit of strong Antarctic storms to fly faster. In such stormy conditions, the large wingspan of the grey-headed albatross also helps them to make a well stable flight. 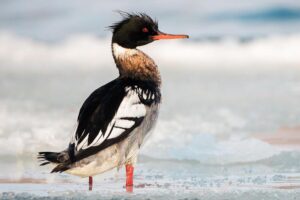 This is a large diving duck. They are in enormous numbers in freshwater lakes and rivers across North America and Europe. They have a wingspan between 2.2-2.6 ft. Before the starting of winter, they migrate towards Northern Canada and Alaska from the inner lands of North America. During this journey, they attain a maximum speed of 81 mph.

Normally their breeding sites are Great Lakes and marshes and wetlands of Northern Canada. Male birds stretch their neck and make a purring sound to attract the female. The female red-breasted merganser will lay up to 10 eggs. Their main foods are fishes, crabs, and shrimps. 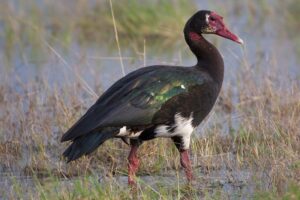 Spur-winged goose is a huge waterfowl inhabit in wetlands across Africa. Their length varies between 30-45 inches and weighs up to 7 kg. They have a wingspan of 1.5-2 meters. 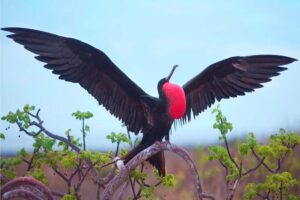 Frigate bird is huge sea birds that can originate in tropical regions around the world. Their wingspan ranges 2.3 meters. Comparison to body weight ratio, frigate bird has the largest wingspan in the world. These birds can achieve a maximum speed of 95 mph. They are also identified to stay on the air for a week. The frigate birds only come to land for rest and breed.

As compared to other fast birds, frigate birds cannot walk well on land, mainly in seashores. The frigate birds skate in the air to catch the preys such as flying fish, crabs, and crustaceans and pick up their prey at the right moment. 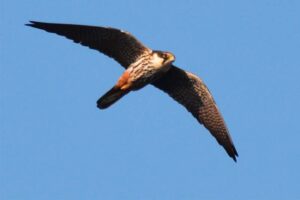 Eurasian hobby is a small bird of the falcon family. They inhabit in open woodlands, river edges, and forests across Africa, Europe, and Asia. The Eurasian hobby can migrate along a long distance. They migrate in the direction of Central Africa and Southern Asia to pass the winter season. Their maximum flight speed is of 100 mph. They are also called for rapid and acrobatic flight. 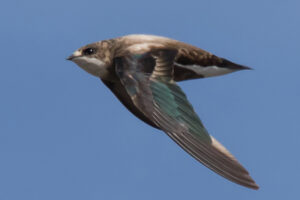 White-throated needletail is a big swift that inhabits in the rocky hills of Siberia and Asia. They are also called as spine-tailed swift. Their maximum speed is 105 mph, so spine-tailed swift is the fastest bird in flapping flight. They have lengthy curved wings and commanding body which help them to attain an exceptional speed in flight.

They are a migratory bird and before the start of winter, they move in the direction of South Asia and Australia. At the termination of winter, they come back to their breeding grounds. 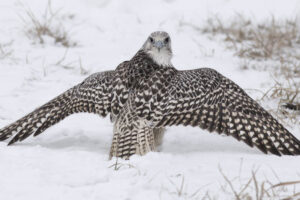 Gyrfalcons are recognized for their high diving speed and lengthy pointed wings. These are the largest falcon in the world. Their wings length is between 20-24 inches and weight up to 1.3 kg. They dive sharply to capture the prey from top heights. During a dive, a gyrfalcon could attain a maximum speed of 130 mph. Gyrfalcons also have extraordinary control over their swift dive.

The dive of gyrfalcons comprises of many phases in which they upsurge or decline the speed by varying the position of their wings. The gyrfalcons have wide pointed wings. Their wingspan measures up to 50 inches in length. 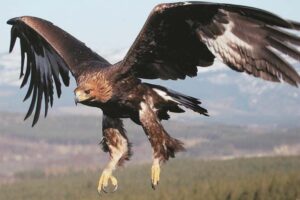 A golden eagle is the biggest raptor in North America. This commanding eagle has a length vary between 26-40 inches and weigh up to 7 kg. Golden eagles have a wingspan 2.3 meters. They dive to capture their prey from the great altitudes. During a dive, golden eagles can attain a maximum speed of 200 mph. Golden eagles can also fly at a height of 10000-15000 feet.

With the long, wide wings golden eagles can ascend in the air for a longer time period. They also have a very sharp vision and can spot the prey from great heights. Once they spot its prey, the eagle dive upon the prey with astounding speed. They easily snatch up their prey with great speed of the dive and sharp vision. 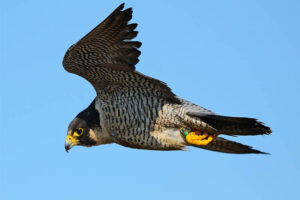 Peregrine falcon is the fastest living bird on the Earth with an utmost speed of 242 mph. It is a common bird of prey that inhabits in every continent except Antarctica. The adult peregrine falcon has lengthy pointed wings with strong muscles which gives them extraordinary speed in flight. The rigid feathers on their wings also avoid chances of hindrance by the wind.

The peregrine falcons show a remarkable condescend while hunting. They prey upon small birds from a height. Generally, the airstrike from peregrine falcons can slay its prey in no time due to the astounding speed of dive. Unlike other birds, the peregrine falcons have a sturdy heart and highly effectual lungs. So, their body gets sufficient oxygen supply even at the great speed they attain during a dive.

Top 10 largest snakes in the world