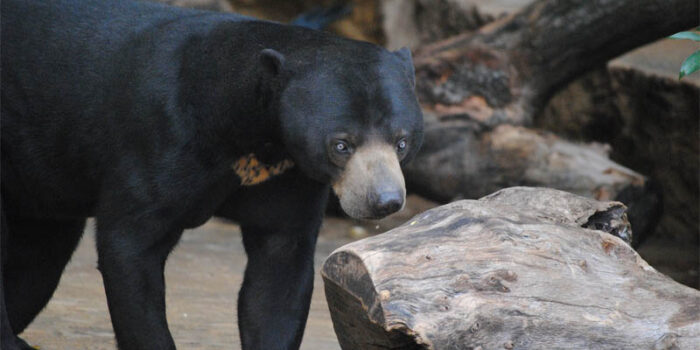 There are many bear species that are living in this world. In this topic we will discuss about largest carnivores bears. Panda is the well-known bear specie and quite adorable to watch as well. Pandas are herbivores and everyone knows about them but there are many types of strongest bear that very big and so strong living in the forest. Carnivorous Bears are the most ferocious and magnificent animals in the world. This big specie is mostly found near mountains, riverside and forest regions.

Most of their hunting is done by smell because their sense of hearing and sight is not good. Some are very good swimmers and some of their species are very good climbers. Usually they remain quiet and do not communicate generally. But they do growl at the time of feeding or when someone challenged them or when they found any enemy. Bears have few natural enemies because of their large size. Other animals get afraid of them because of their big size and they are strong as well. This article will provide you complete information and disclose some interesting facts about ten carnivorous bears.

Sun Bear are mostly present in the tropical forest areas of Southeast Asia. They are also famous with the name of Honey Bear. Because of their great appetite for honey and honeycombs they get this name Honey Bear. They are very aggressive in nature and that’s why they are listed as one of the most aggressive animals in the world. Sun Bear are the smallest species of bear but very dangerous as well. They contain sharp canines which they use as a weapon for tearing at trees to get at insects. Their body length is 120-150 cm and weighs around 27-65 kg.

This big bear is also aggressive in nature and listed as one of the dangerous animals in the world. This largest carnivore is native to Asia. You can easily see them in forests. Asian Black Bear is among those types of bears who have special ability of climbing trees. The interesting fact about them is that they often mark tress by using their teeth and claws. According to an old survey their population is between 396,000 and 476,000. This largest bear is an excellent swimmer and have better eyesight and sense of hearing then humans. But their sense of smell is the keenest one. Their tree climbing ability helps them to escape from the enemy and they also use this ability to feed and even hibernate.

Sloth Bear is laziest and slowest among all the carnivores bears in the world. Scientifically this big bear is known as Melursus ursinus. Their mating and breeding period usually starts from summers and give birth to their young ones in the winters. They are actually a myrmecophagous bear species that lives in the Indian subcontinent. Sloth bear prefer to eat fruits, ants and termites. This unique creature is also known as Labiated bears because of their long lower lip. They use their long lower lip for sucking out insects.

They are the largest mammals in Northern Pakistan, West China, Northern Afghanistan, Northern India and Nepal Region. They are also well known largest bear found on the Asia continent. Mostly they are omnivorous and are known to hibernate during the winter season. This big bear is sexually dimorphic in nature.

It is extremely famous animal and is one of the largest bear in the world. Giant Panda is scientifically known as Ailuropoda melanoleuca. Actually they belong to carnivorous order but they like to feed on leaves and bamboo shoots. Most of their diet comprises of leaves and shoots. That is the reason they are grouped under folivorous animals.

They are present in the mountains of Central China. They are easily distinguishable because of their luxurious black and white fur. The black fur is visible only on ears, eyes, muzzle, legs, shoulders and arms. Giant Panda is also marks its name in the list of largest bears in the world.

They are famous as short faced bears or mountain bears. It is actually a last remaining species of short faced bear. This big creature is native to South America. Scientifically they are known as Tremarctos ornatus and is among the most dangerous bear species in the world. They are also extremely common largest carnivorous land animals. You will find them in the continent of South America. The interesting fact about them is that the 5 % of their diet consists of meat.

They are medium in size and their scientific name is Ursus americanus. They are native to North America. Mostly they are omnivorous bears and their diet includes both plants and animals. They are most common species of bears present in this world. They came at number 4 in the list of famous carnivorous bears.

They are popular with the name of North American Brown Bear. This big bear’s scientific name is Ursus arctos ssp and are mostly found in North America. They belong to the carnivorous order but they live both on plants and animals. They mark their name at number 3 in the list of famous carnivorous bears.

Besides being listed as the world’s largest land carnivores in the Arctic Circle, They are also in the list of beautiful Albino animals. Their scientific name is Ursus maritimus and is among the biggest animals in the world. You can find them in Arctic Circle, they are present their in large numbers. They are only available in cold areas. With the weight in between 340-480 kg they are the heaviest and largest land predators.

Their population is in between 25,000 and 40,000. It is the concern that their population will decrease because of the global warming. Their body has special characteristics that allow them to live their lives in cold regions. These special characteristics also allow them to move across the snow, ice and open waters. Because they live in cold regions so their fur is thicker comparatively from other bears. Majority of them are born on land but they prefer spending time on the sea ice hunting and mating. They are very good swimmers as well.

They are extremely famous carnivorous member of bear family. Their sense of smell is brilliant and they use it to locate a seal breathing hole and crouch nearby very efficiently in silence for a seal to appear. This process continues for many hours then finally the bear drags the seal out from its hole and kill the seal by biting its head. They prefer to eat seals, reindeer, birds, muskox, ringed and other polar bears as well.

This unique creature is leading the list of famous carnivorous bears It is very popular with the name of Kodiak Brown Bear or Alaskan Brown Bear. Kodiak is very popular biggest and heaviest animals in the world. They are the largest land carnivore in southwest Alaska. They are native to the islands of Kodiak Archipelago in southwest Alaska. It can approximately reach the size of about 300 to 600 kgs.