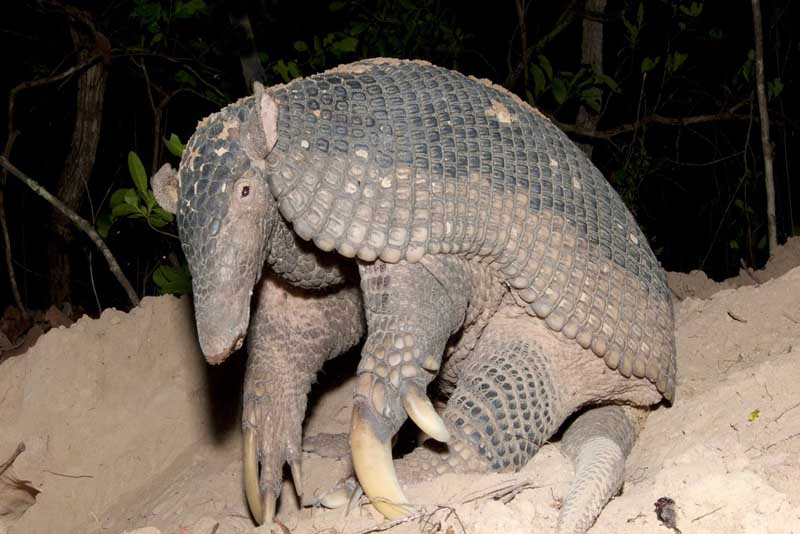 Sleep is the most important part of everyone’s life. Without proper rest, the body can’t recover and stress levels always remain high. In this article, we are sharing complete information regarding the sleeping time of different animals. The animals which are present in this list spend most of their time in napping. Following is the list of 20 longest sleeping animals.

Squirrel is the most famous member of the family Sciuridae.  Squirrel is basically a small longest sleeping animal with an average sleep time of 14.9 hr. This unique creature has slender bodies, large eyes with bushy tails.

Tree Shrew is native to the tropical forests of Southeast Asia. They belong to the class Mammalia. This unique creature has long tails and soft, greyish to reddish brown fur. With average sleep time of 15.8 hr, they are among the longest sleeping animals.

Tiger is the largest species belong to the Felidae family. Average sleep time of this unique creature is 15.8 hr. This longest sleeping animal has a muscular body with powerful forelimbs.

Humans are also in the list of longest sleeping animals. The infant needs 16 hours of sleep. Infants spend their majority time in sleeping.

Night Monkeys are also famous with the name of owl monkeys. They are mostly found in Panama and much of tropical South America. They prefer to rest in shaded tree areas. This unique creature has beautiful light brown eyes. Their nocturnal vision improves according to the growth of their size. They remain active at night. The weight of males and females remain the same.

Python is native to tropics and subtropics of the Eastern Hemisphere. There are 10 recognized python species living in the world. Python is among the longest snake species and as per average their sleep time is 18 hours.  They are also found in Asian countries like Bangladesh, Pakistan, Nepal, Sri Lanka, and India. Pythons are one of the longest sleeping animals and they are useful as well. Their skin is used to make clothing, such as bells, shoes, vests and different fashion accessories such as handbags.

Opossum belongs to the Didelphidae family and is originated in South America. The size of this unique creature is usually small. They can grow to the size of a house cat. They are among the longest sleeping animals because of their 18 hours of sleep time. Dead animals, insects, birds, and rodents are their main diet. Opossum also feeds on plants, fruits, eggs, frogs and grain. The interesting fact about this longest sleep animal is that it requires a high amount of calcium. They also eat cat food, dog food, and human food waste.

Giant Armadillo is the largest living species of armadillo. Giant Armadillo is very famous and lives in South America. They prefer to eat termites and ants. They are well-known for consuming the entire population of a termite mound. They are also famous for eating larvae, worms and larger creatures such as snakes, spiders, and plants. They spend their days in burrows to escape from predators. Their natural ecology and behavior are not well known because of only a few studies on them. They spend most of their time sleeping. Their average time is 18.1 hours.

This unique creature consists of small body size and glossy brown fur. Its appearance is similar to many other mouse-eared bats. They have a lifespan of 6.5 years and the average time of their sleep is 19.9 hours. Their ability to catch prey at night is brilliant. They basically navigate and locate prey with echolocation. The little brown bat has few natural predators. But raptors such as owls and terrestrial predators like raccoons also kill them. They are often dying with the disease known as rabies and white-nose syndrome. This dangerous disease killed over one million brown bats.

It is basically a small species with the body length of 8.0-9.5 cm and weighing 5.5-12.5 grams. The length of their wingspan is 22.2-26.9 cm and forearm length is 36-40 mm.  Females are usually larger than males. Brown Bat is a Nocturnal animal so they rest in the day and search for food at night. Brown Bat consumes various arthropod species such as insects and spiders. They also eat mosquitoes, according to one research 71.9 % of all brown bats contained mosquitoes DNA. There is a statement about Brown Bats is that they can eat 1000 mosquitoes per hour. During the day they roost in sheltered places. The interesting fact about these roosts is that they include human structures such as tree hollows, rocky outcrops, wood piles, caves. Species of trees like quaking aspen, oak, maple, balsam poplar are also used for roosting.

Koala is the only extant representative of the family Phascolarctidae and is native to Australia. Wombats are their closest living relatives. This unique creature is mostly found in coastal areas of the mainland’s eastern and southern regions. You can easily recognize Koal because of its tailless body and large head with round ears. Koal is also very famous because of its spoon-shaped nose. The length of its body is 60-85 cm and weight 4-15 kg.  Leaves of different trees are their main diet and they sleep up to 20 hours a day.

10 Beautiful Places in the Netherlands

10 Most Beautiful Places in Turkey