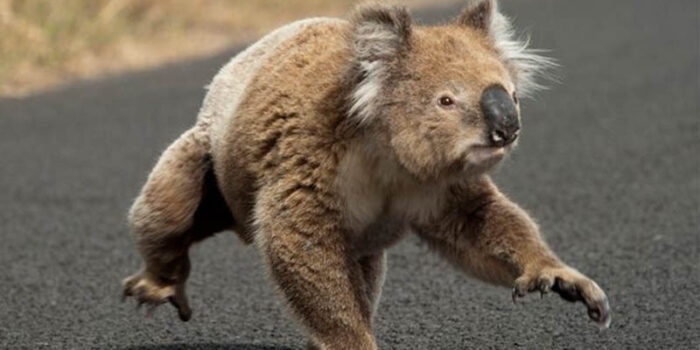 Different animal species are living in this world and everyone has different characteristics and some kind of specialty that makes them unique. Some animals have the power to run faster than supercars, at the same time some species are super slow in motion. Here the list of 10 slowest animals living on Earth. 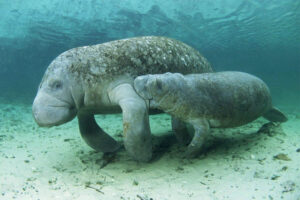 Manatees are also known as sea cows. They are one of the adorable herbivorous marine animals that can be seen in Caribbean seas, Amazon and the Indian Ocean. Manatees prefer to live in shallow water and always found to be just floating over the water rather than moving.

This unique creature actually doesn’t have any predators and they won’t face any harm in their lifespan. Such conditions make this unique creature one of the slowest animals in the world. They spend a lot of their time eating and resting which makes them heavier in size. 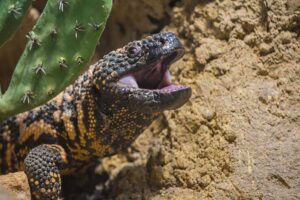 Gila monsters are native to south-western parts of the United States. They are actually one of the members of venomous lizards. This unique creature always found as hidden under the ground and that’s why others rarely get a chance to see them. They are 22 inches in size and have the capacity to consume meal up to one-third of their body. They are also one of the slowest animals in the world.

Gila monsters go rarely in search of food because they have the capability to store the fat within their body. Due to this, their lifespan is longer and most of the time they remain under the ground and take complete rest. This hidden nature also saves their lives from the predators and thus it became one of the species that make least body movements. 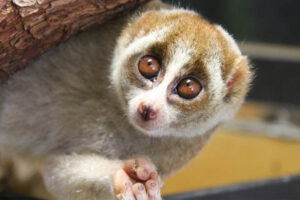 Loris is basically a medium sized primate native to south-east Asia. Their hands are like humans and follow twisted like movement very slowly. Loris maximum speed is 1.2 miles per hour.

The special lumbering helps them against predators and they live their life without any fear. This unique creature is also seemed to be a poisonous mammal. One bite of Loris will inject enough venom to harm you. 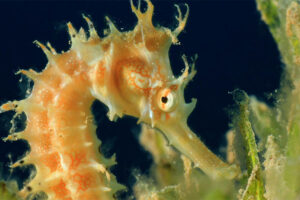 Sea Horses are found within the tropical waters around the world. They are among those slowest animals or those special kind of fish species who are unable to make so much movement in water because of their mysterious body structure.

Sea Horses fast movement is limited to 0.5 miles per hour. The very slow movements of seas horses make them stay within a unique place during their lifetime. 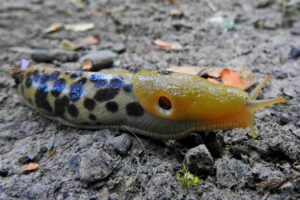 The banana slug is a member of gastropod mollusc with no shell at all. Banana Slug is in the list of slowest animals because of their movement through muscular contraction. Most of their time passes under the ground for feeding and laying eggs.

Slugs are those smallest animal species that can only achieve faster movement of 0.2 miles per hour. Slugs are well known for their capacity of living underground for several years in a moist condition. 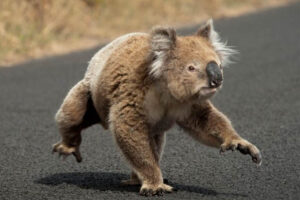 Koala bear comes under a most important and special subcategory of mammals called marsupial. They are not actually a member of bears, but they look like bears native to Australia. Their strong limbs and claws actually help them to climb on trees in no time and eat leaves of trees. Kola bears spend most of their time in trees.

They contain thick padded tails which allow them to sit in trees for hours. They have a brilliant smell of sense and sounds, so they recognize the predators very easily. 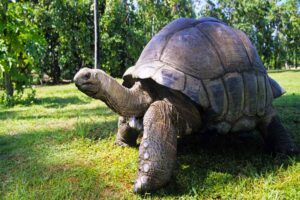 Tortoises have the longest life span and known for its slow movement. These vertebrates are mainly found in Seychelles and Galapagos Islands. Their body weight is up to 350kg which causes for their slow movement.

A giant tortoise has thick legs and heavy shells which are responsible for their slow movement. They are found within wet and grasslands. 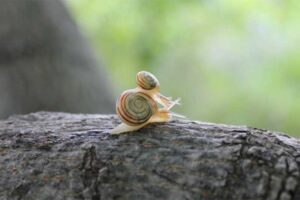 Garden snails are also famous with the name of land snails. They are a member of terrestrial molluscs and native to the Mediterranean region. Unlike slugs, garden snails have thick coiled shells which makes them so slow in movement. They can go only a few yards in an hour and that’s why they are in the list of slowest animals.

This unique creature is mostly found in wetlands, move through muscular contraction. They make hibernation for years, and also like to hide away from sunlight. 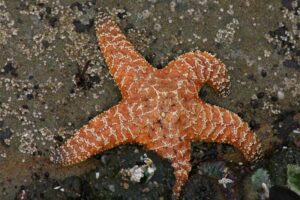 There are 2000 different species of starfishes found within all oceans around the world. The interesting fact about them is that starfishes can’t move long distance, used to travel along with ocean currents. Starfishes are as slow with a speed of 0.02 miles per hour.

Their star-like body structure is the reason for their slow movement in the ocean. Interestingly they have no blood and brain. The shocking and mind-blowing fact about them is that if they get cut down into pieces then surprisingly new starfishes will grow from each of those pieces. 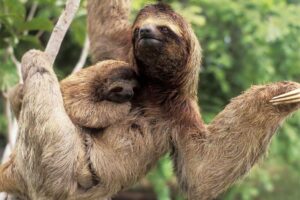 Three-toed sloths are top at the list and are native to America. Their maximum speed of moving is 0.003 miles per hours. This unique creature won’t move farther than 100 feet in a day. It is true that sloths spend a major part of their life within the branches of trees and tropical rainforests of America. They prefer to use leaves of trees and conserve more energy through nobody movements.

10 Largest Birds You Should Not Miss