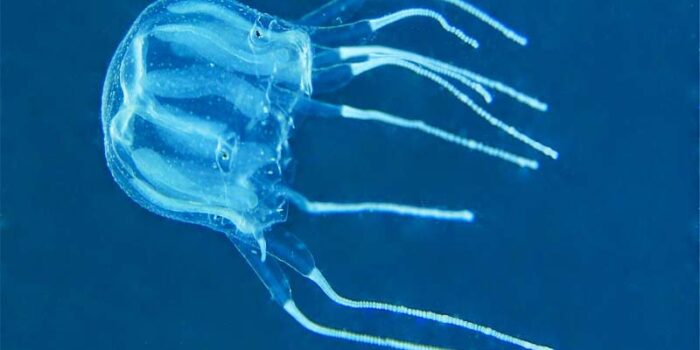 Fishes are the most amazing and attractive creatures found under the water. People have huge craze about these water animals. Majority of people exists in this world who basically depend on fishes or products made from these water animals for their food and economic livelihood. They are also known for their elegant beauty as well. But did you know about dangerous fishes of the world?? Yes, deadliest fish also exist which can even kill you. We have made a list on deadliest fishes that can attack human beings at any time. 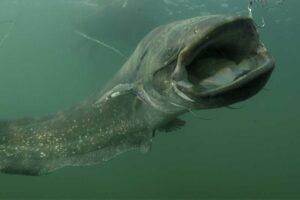 Wels Catfish is the most dangerous and large underwater fish mostly found in Central and Eastern Europe. This deadliest fish has a weight of 150 kg and can easily reach up to 5 meters in length. They are known as extremely aggressive predators and mostly inhabit in warm rivers and lakes throughout continental Europe. They mainly feed on frogs, water birds, and fishes. The attack on human beings by this most dangerous fish is not so rare but their sharp tooth can huge size is a threat for humans. Wels Catfish marks their name at number 10 in the list of deadliest fishes. 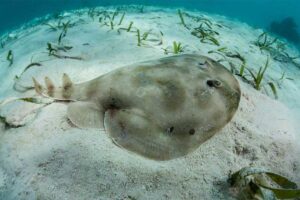 Electric Ray is well known and most common electric animal present in the world. Electric Ray has different species and basically inhabit in temperate seas in the world. Different species have a different range of electric discharge. They are one of the deadliest fishes in the world because their electric shock can reach up to 22o volts. Their shape resembles the kidney and has two highly effective electronic organs. Does the question arise how they produce electricity?? The answer is that they are capable of producing and storing electricity through muscular contractions. They basically discharge electricity in order to defend themselves from predators and also to catch the prey. They are one of the most dangerous fish in the world mostly found on ocean floors, buried in sand or mud. 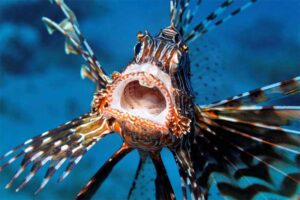 It is the most famous deadliest fish in the world mostly found in the Indo-Pacific Region. They have pectoral fins and extremely dangerous and poisonous spines. Their poisonous spines actually save them from their predators and that is the reason they have only a few natural predators. Their venom can be dangerous for humans as well and their sting is extremely painful. Their venom can actually cause breathing difficulties and nausea.

As mentioned above that they are found in Indo- Pacific Region but know they are also present in the Atlantic Ocean. But the number of their predators remain the same in this new habitat they also have few predators. And the reason behind this is their poisonous spines. They are a great threat to all other species living in the Atlantic Ocean. 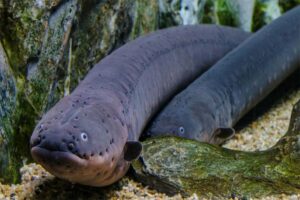 Electric Eel is extremely dangerous and is mostly found in streams and ponds of the Orinoco and Amazon River. They are very famous for their enormous electric discharge. The body of Electric Eel basically contains 6000 special types of cells known as electrolytes. They can be very deadly because the cells present in them can together produce an electric shock of 600 volts. They are also dangerous for humans as well because their electric shock can result in heart failure. They use their electric discharge in order to save themselves from predators and to stun their prey.

Electric Eel is extremely dangerous and is mostly found in streams and ponds of the Orinoco and Amazon River. They are very famous for their enormous electric discharge. The body of Electric Eel basically contains 6000 special types of cells known as electrolytes. They can be very deadly because the cells present in them can together produce an electric shock of 600 volts. They are also dangerous for humans as well because their electric shock can result in heart failure. They use their electric discharge in order to save themselves from predators and to stun their prey. 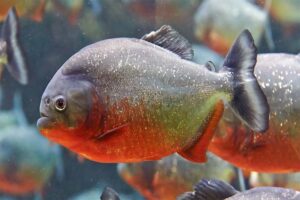 Piranha is extremely famous for its amazing taste and razor-sharp triangular teeth. They are mostly found in the rivers of South Africa. They are capable of crushing large water animals in a few minutes because they can easily apply a bite force about 30 times its own body weight. The most like to feed crustaceans, seeds, carrion, and fish. But when they are hungry they can attack anyone who appears in front of them. The interesting thing about them is that they actually hunt in groups when they want to catch larger prey. The attack on humans by this dangerous creature is very rare. With their aggressive attitude, they came at number 6 in this list. 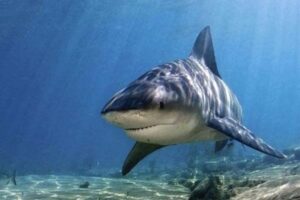 The speed of blue sharks is very fast and they are among the aggressive predators in the world. They mostly feed birds, dolphin, mollusks, crustaceans, and turtles. But the interesting thing about them is that when they are hungry they can attack anyone they found. 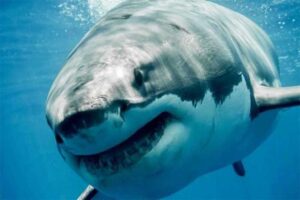 The great white shark is the deadliest fish in the world and also famous with the name of a killer machine. According to the reports, these white sharks attack 403 humans since 1580. White sharks are not that much deadly as they are shown in movies. They simply bite its prey to check whether it is good food or not. The usually not prefer attacking humans but the strong bite can cause death. They like to eat fatty animals like sea lions and seals. 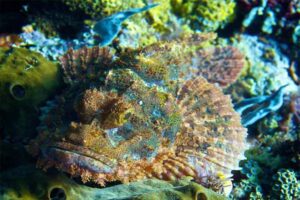 Stone Fish is one of the most dangerous fish in the world. They contain 3 sharp dorsal extremely poisonous spines and are found in tropical marine waters of Indo-Pacific oceans. Their stings are extremely painful and they cause swelling, vomiting, paralysis, and difficulty in breathing. 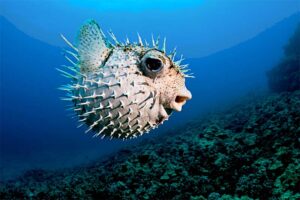 Puffer Fish are the most dangerous and deadliest fishes available in the world. The come at number 2 in the list of deadliest fishes. These deadly fish live in Tropical and Subtropical ocean water around the world. Many of its species contain tetrodotoxin which is 1200 times more poisonous than cyanide. When they face threat they actually expand their body to round shape. 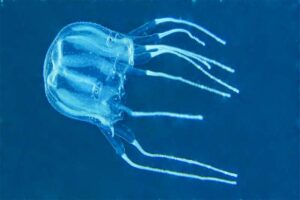 Box Jelly Fish is the most venomous creature living on earth. They are at the top at the list of deadliest fishes in the world. Its venom directly affects the heart and nervous system. Many humans die with their venom and the reason for their death is heart failure. Due to the attack of Box Jelly Fish, more than 100 die every year.