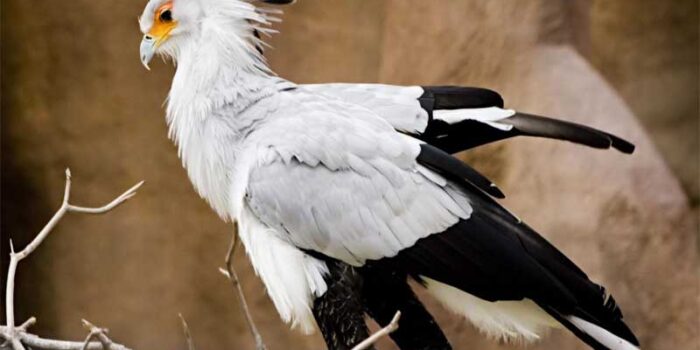 The world is full of beautiful and exotic birds. Different types of birds exist in this vast universe. Some of the species of these exotic birds can fly even that much higher that you can’t even imagine. Some are capable of talking in a human language with surprising accuracy. We bring the most amazing list of birds that can not even fly high but are the most beautiful crested birds that you have ever seen. So following is the list of beautiful crested birds that will surprise you. 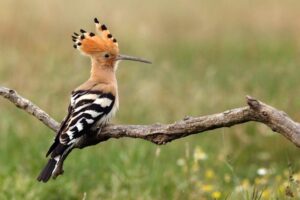 Mostly found in astonishing places of North Africa and Eurasia. It is highly famous due to its beautiful crest of feathers. These long feathers contain fine black tips and are very adorable as well. Mostly their crests found falls backward of their head and the astonishing thing is that when they are active they display their crest in an adorable round shape. The body of Hoopoe is also very beautiful like their crest.

The eye-catching cinnamon coloration attracts many people who love crested birds. Hoopoe wings also have attractive black and white stripes. The birds with crested heads are very popular among bird lovers. This bird sounds amazing and has many interesting characteristics. One of them is their long black bills which they use to dig out insects from the ground quickly. 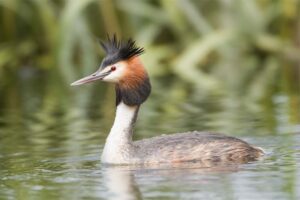 Highly famous for their long beak, neck and distinctive black crest with orange tippets. Through amazing characteristics, it easily marked its name in the list of crested birds. Also known as elegant water bird and is mostly found in Europe. Beautiful crest of feathers can easily be seen on both male and female grebe. It basically lives in shallow water bodies and also the largest bird of grebe bird family.

They have pretty head-plumes but the amazing part is that they are very popular or their elaborate courtship display. This Great Grebe comes at number 9 in the list of crested birds. 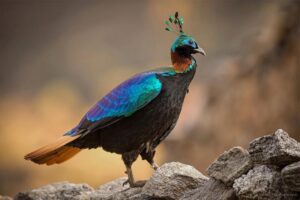 No list of birds is complete without this stunning bird named as Himalayan Monal. It is basically an eye-catching colorful bird that endemic to the Himalayas. The male is more popular then females because they are more colorful. Their elegant beauty shines more because of their exceptional beautiful plumage. It is basically a mixture of Red, purple, metallic blue and green colors. You will also notice metallic green head plumes on male birds.

Females are not that much attractive because they don’t have such stunning coloration that male has. Females have head plumes but are small in size with brown coloration. Himalayan Monal has marked its name at number 8 in this list of birds. 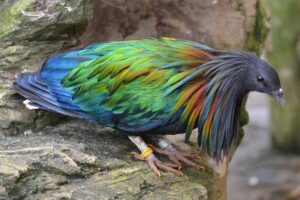 Most of the people are not well aware of this species but it is exceptionally beautiful and that is the fact. Mostly found in Nicobar Islands of Bay of Bengal. Having stunning iridescent green feathers they are one of the most beautiful crested birds. Graceful long green-blue feathers are also present on the upper neck. Due to these long feathers, it seems like they have hairs on their neck. Their appearance is very unique from other species present in this list of birds. The females are usually small then male Nicobar Pigeon and have brownish underparts 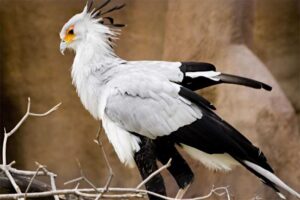 They are very large in size having height ib between 1.2 to 1.4 meters. They also have 3 meters of huge wingspan. There is existence is found in savannas and grasslands of Africa. They are not on popular of their long size but also for their beautiful plumage and crest of feathers. They are consists of many features but their feathers are the most attractive and distinguishable feature you have ever seen.

The feathers present on the back side of their head are long and their color is black. When Secretary Bird raise them it looks like a crown. Extremely popular and have huge respect among birds with crested heads. 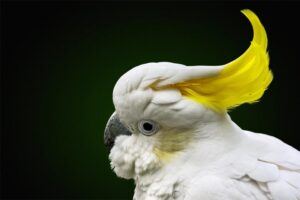 Another beauty of nature is in the list of birds. Cockatoo is present in Australia, Indonesia, Guinea. They are mostly found in the wooded areas and are one of the most beautiful species of parrot. They have a yellow crest of feathers present on the back side of the head and the whole body is covered with white feathers. The large gray bill Cockatoo and its glamorous black round eyes are adorable and also part of its main features. Male and females both look the same. 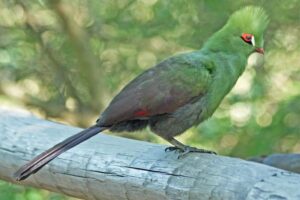 Guinea is a medium size crested bird with an extraordinary plumage. This adorable bird is hugely found savannas and forested areas of Africa. Its plumage is totally green that’s why many people call it a green parrot. Its look is so attractive and has dark purple coloration on tail and back part. Guinea Turaco consists of many exciting features but the long green crest is extremely famous among all. You will find many birds with crested heads but Turaco is very unique and have eye-catching striking features. 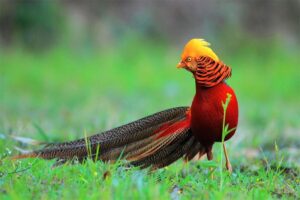 Golden Pheasant is most stunning and extremely popular among prettiest parrot species. Native to West and Central China. Both male and females are consists of a variety of pleasant colors but the male has brighter coloration than female. Basically male is a mixture of several elegant colors but on the other hand, a female has a dull brown color. Its fantastic and adorable crest easily beat all its features including multiple colored plumages. This long golden colored crest is present on its head and reaches the end of its neck.

When the discussion begins about its body the Golden Pheasant has red underparts, green upper back, long brown tail, golden rumps, and astonishing bright yellow wattle. The most interesting and surprising thing about the male Golden Pheasant is that it can make its tail up to two-thirds of its total length. 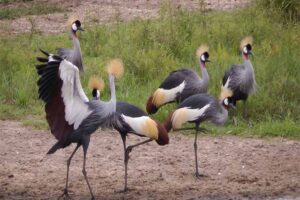 Grey Crowned is a large bird that mostly found in wetlands and grasslands of Eastern and Southern Africa. Having gray colored plumage they marked their name at number 2 in this exciting list of birds. Their wings are basically a mixture of black and white brilliant colors. Its crown is very attractive and the whole personality of this Grey Crowned Crane is adorable and eye-catching. Grey Crowned Crane is one of the most valuable parrot species. 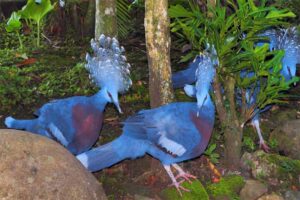 Victoria Crowned Pigeon is at top of the list and is most beautiful and largest parrot species living in the world. One of the most glamorous and elegant species of crested birds you have ever seen.  They can grow up to 30 inches and have a weight of 3.5 kg. They are mostly found in the lowland forests of Indonesia and New Guinea. The most notable and striking feature of this pigeon is its spectacular lace like a crest of feathers with white tips. Its blue-gray body feathers are highly famous among bird lovers. Its maroon underparts and graceful red eyes also the main part of its striking features.

The shape of both male and females are almost similar. The only difference between male and females is height. The male is quite large then the females. No other parrot species can match the beauty and excellence of this pigeon. Its dynamic personality and stunning coloration make it at top of the list of birds with crested heads.

Top 10 Talking Birds that can mimic a human voice

10 Intelligent Animals That Are Amazingly Genius

10 Beautiful birds in the world