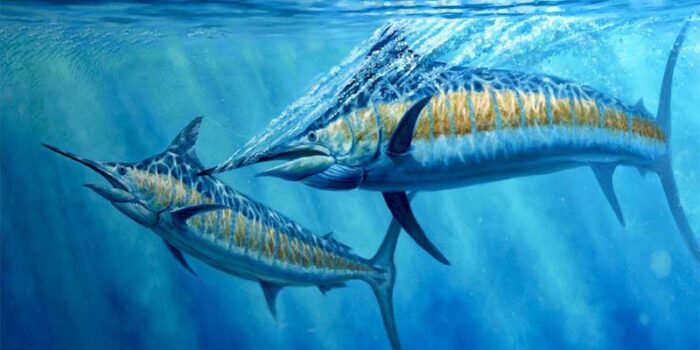 Animals live everywhere in this world and their main motive is to fight for their survival. Life persists on land, air and in deep water as well. Different species with different characteristics exist in this world. Many species that live underwater or inside deep oceans have thrilling features. They are famous for their fantastic speed and amazing hunting qualities as well. Majority of people are not well aware of the life inside the water. Following is the list of fastest water animals in the world. 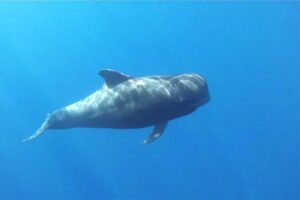 Pilot Whale represents Globicephala family and consist of two broad categories. The first one is a long-finned pilot and the other one is short finned pilots. They also resemble killer whales as well and the most amazing thing is that they are related to dolphins. They are also famous with the name of blackfish. They are also among the largest oceanic dolphins and very fast as well. The speed of Pilot Whale is 20 miles per hour. 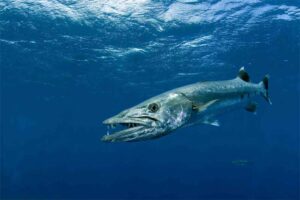 Barracuda has a tremendous look and this large fish is very famous because of its violent behavior. Basically, it is the most well-known type of Sphyraena family. Barracuda makes it name at number 9 in the list of the fastest water animals. They are capable of swimming at a speed of 27 miles per hour. Catching this fish is a great challenge for all the fishers. 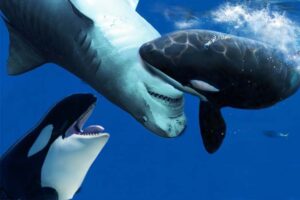 The scientific name of the killer whale is Orcinus orca and is the largest member of oceanic dolphins. Basically, it is a toothed whale category in this family. They mostly eat marine animals like different fishes, dolphins, and seals. They are very specialized in catching their prey. They have weight around 6.5 tons and length is 6 to 8 meters. One of the fastest water animals with a speed of 34 miles per hour. 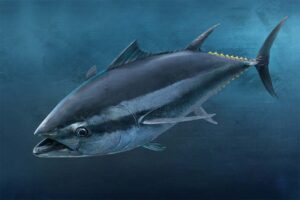 Bonito is not large in a size and belongs to the Scombridae family. Butterfly kingfish, tuna, and mackerel are also a part of this amazing family. Bonito comes at number 7 in the list of fastest water animals having a speed of 40 miles per hour. The most interesting part is that they can swim for a long period of time around 30m/hour. Their unique speed impresses everyone but it gives tough time to fishers to catch this medium-size fish. 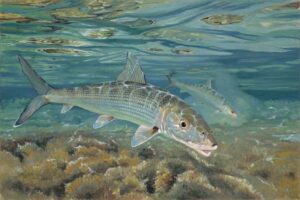 One of the most famous and fastest water animals having a speed of 40 miles per hour. Its weight is around 8.6 grams and the length is 90 cm. Bonefish has brilliant color shades of black and silver and its stunning look attracts fishers. The live around 19 years and the most important thing is that they can breathe while swimming. Because they can hold their air bladder quite easily. It has the ability to escape from their predators because they are very quick. Bonefish consist of many amazing features but the most important one is that they always gather into small groups. They also keep some distance from the nearer fish. Their higher speed and unique features impress everyone. Bonefish is also famous with the name of banana fish and ladyfish. 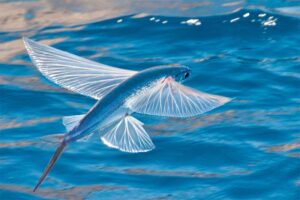 Flying fish basically belongs to a family of marine fish. They are mostly found in warm tropical and subtropical regions but they are available in every ocean. They live in that zone where sunlight is prominent and more visible. They can easily swim with a speed of 43 miles per hour. The interesting thing about flying fish is that they have the ability to move 200 meters from its predators. Flying fish basically hunt at night time and also known as most endangered species in water. 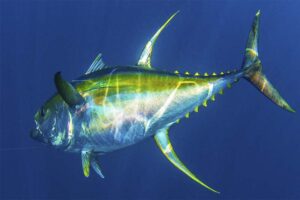 Yellowfin tuna comes at number 4 in the list of fastest water animals and easily found worldwide in pelagic waters of both tropical and subtropical oceans. Tuna belongs to the Scombridae family and its class is Actinopterygii. Yellowfin tuna is larger from all other tuna species. They can reach up to 180 kg in weight but remains smaller than Pacific Bluefin and Atlantic Tunas. Both of them can easily go up to 450 kg. Having a speed of 46 miles per hour it is among the fastest animals that exist in water. Any item that came to their range they will eat them. 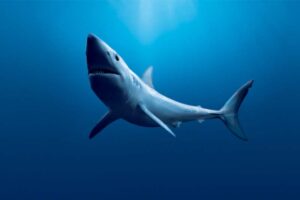 Mako Shark is also famous with different names like a blue pointer, shortfin mako shark, bonito shark. It is basically the biggest mackerel shark. The unique thing about them is that they are faster than all shark species. Having a length of 3.3 meters and weight up to 135 kg they are at number three in the list of fastest water animals. Easily found in the tropical sea all over the world. This shark is very famous among fishers but handling it is very difficult because they are very quick and powerful as well. With the speed of 46 miles per hour, Mako Shark is one of the fastest animals that live underwater. 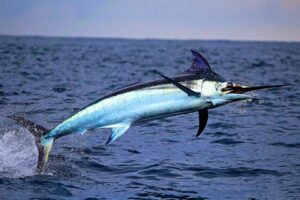 Swordfish is also known as broadbills and belongs to the Xiphiidae family. Long fat bill is their unique and most famous feature. They consist of round body shape and another interesting thing is that they lose their teeth in adulthood. They exist in Indian Oceans, Atlantic and Pacific regions. They can go 60 miles per hour that are the reason they are at no 2 in the list of fastest water animals. Their weight is 650 kg and length is 4.55 meters. 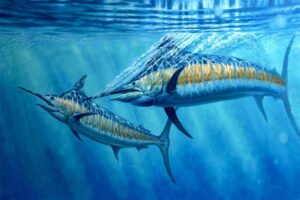 Marlin is at top of the list having a speed of 68 miles per hour. No other fish mention above can catch the higher speed and amazing characteristics of Marlin. It belongs to the Istiophoridae family and also known as the fastest swimmers living in water. With 60 pounds of weight and length of 7 meters, they are the favorite of a majority of fishers. They basically use their lengthy bill as a tool to spear the prey.