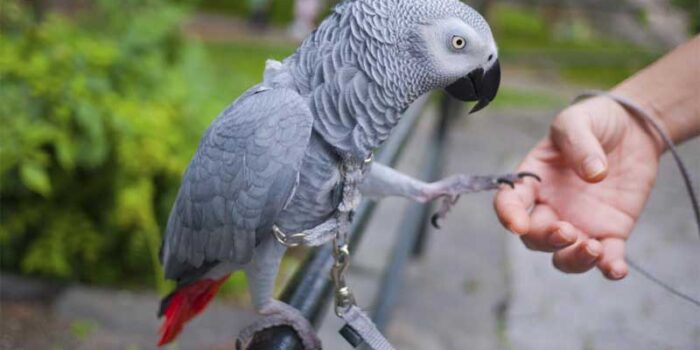 Talking birds always attract humans and people spent a lot of money to buy these astonishing creatures. Theses super birds look even cuter when they mimic our voice. Majority of parrot species exist in this world that who are very popular in learning and understanding human language. They are highly intelligent can effectively build contextualize, vocabulary and easily imitate emotions. Some bird species are easy to train but some require special attention and proper training. Following is the list of 10 talking birds that can mimic voice. 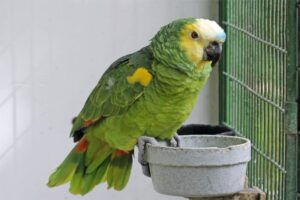 Blue Fronted Amazon is well known beautiful parrot native to South Africa. This popular pet is one of the most amazing and adorable talking birds that you have ever seen. It is very easy to recognize Blue Fronted Amazon due to its distinctive blue marking on the head. Its talking ability can become better when you will start spending quality time with it. The most astonishing part is that they can talk for hours if they are trained by professional trainers. They mimic human voice brilliantly if they are trained in a proper way. 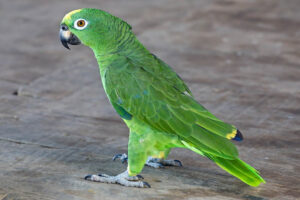 Yellow-crowned Amazon is the most affectionate talking birds and is mostly found in rain forests of South and North America. Among different parrot species, they are the excellent talkers and hugely famous among bird lovers. Different factors are involved in order to make this beautiful parrot able to talk. The environment must be suitable and frequency of interactions with humans must be good. The more interactions with humans will result in more increase in talking ability. These bird species are highly sensitive and have a very loud voice. 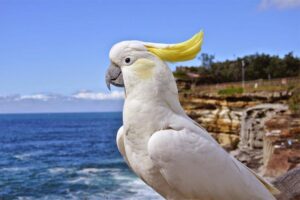 Cockatoo is highly famous and loves for millions of people because it is loaded with cuteness. They can easily imitate a wide range of sounds. But as same as Yellow Crowned Amazon, they also need proper training from a professional trainer to improve their talking ability. Cockatoo is among those bird species which need proper care from their owner so they can learn to speak. But believe us when they are well trained they sound brilliantly amazing. They have stunning tendency to copy words and easily mimic words as well. 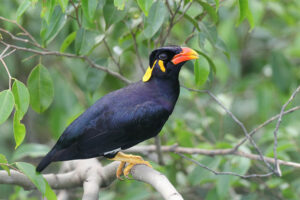 One of the best and hugely famous talking birds mostly found across Southeast Asia. Hill Myna is a very beautiful parrot and can brilliantly mimic human voice in the exact tone. They are also well known in producing a wide range of whistles, screeches, and wails. Hill Myna is one of the most graceful and eye-catching parrot species right now. 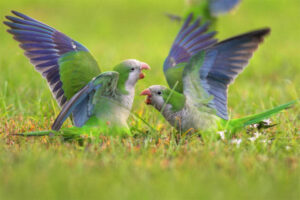 Also famous with the name of quaker parrot and are mostly found in Europe, North and South America. As same as other proper training, suitable environment along with good care is required to enable the Monk Parakeet talking abilities. They can mimic a human’s voice very efficiently. They simply learn and imitate the words they hear from the trainer. It’s up to the trainer if he associates correct and right actions or emotions with words then no one can stop your popular pet from talking. This social bird not only repeats the words that they learn from trainers but also mimic other sounds as well which they hear from surroundings. 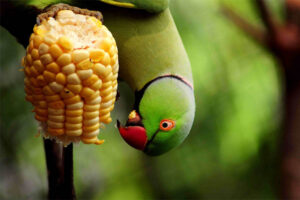 It is among the most excellent and brilliant bird species having the ability to learn 200-250 words. They mimic human voice amazingly but the frequency of interactions with owner matter a lot. Without proper training, you may not get the result that you wanted to achieve from this beautiful parrot. They mostly copy the human voice from surroundings and are best in that. The quality of their mimicry is top class believes us you will be amazed by hearing the human sound from the Indian Ring Parakeet. 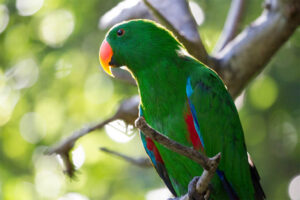 Eclectus comes at number 4 in the list and is well known by all the pet lovers. People spent huge money to get this beautiful parrot. Eclectus is among those parrot species who are highly famous for their vocabulary and clarity of speech. They are basically native to Guinea Islands and one of the most beautiful parrots in the world. They can easily mimic the human voice and words they hear around them. The quality of their mimicry is a top class and most astonishing thing is that some of them can even sing an entire song as well. That is the reason it is extremely popular among parrot lovers. The quality of sound they produce is so brilliant that it can even fool their own owners. Spending time with them is a great idea because their charming and melodious voice will never let you bore. 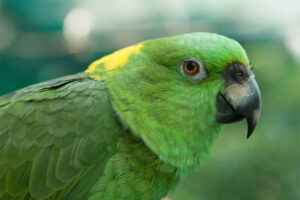 Yellow Naped Amazon is the most talented and capable of copying a wide range of words and can quickly imitate them in top-class quality. They usually learn everything from their owner. The quality of their mimicry is excellent and they can even start talking at a younger age as well. They only bound with their owner so this factor plays a very important role in developing the speaking ability in them. If they are trained by professional trainer then no one can stop your popular pet from speaking. They are also good at singing songs. They adopt a lot more things from their surroundings e.g they are capable of singing song. 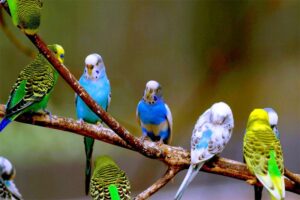 This intelligent and beautiful parrot is mostly found in Australia. Budgerigar can develop outstanding vocabulary. The reason behind their fame is that they held a Guinness record in 1995. With having 1729 words of vocabulary they are at number 2 in the list. Among all previous birds, Budgerigar has more potential and talent. They basically imitate those words that their owner mostly use. The shocking part is that if two or more Budgerigar is together then they will never listen to their owner nor pay attention towards his sayings. Because they prefer spending time with each other. You can change everything but you can’t change nature and that is a fact. Huge numbers of people are a fan of this amazing bird. 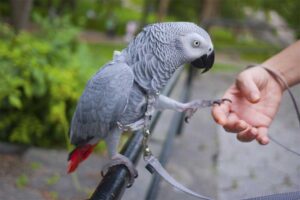 Africa Grey Parrot comes top of the list and one of the most intelligent and smartest talking birds you have ever seen. Mostly found in rain forests of West and Central Asia. Their better understanding and high-quality imitation of human speech make them at top of the list. These beautiful parrots also have a tendency to attach with only one person. So it’s up to the owner how he teaches them because the relationship with the owner plays a very vital role in order to shape their speaking ability.

10 Intelligent Animals That Are Amazingly Genius