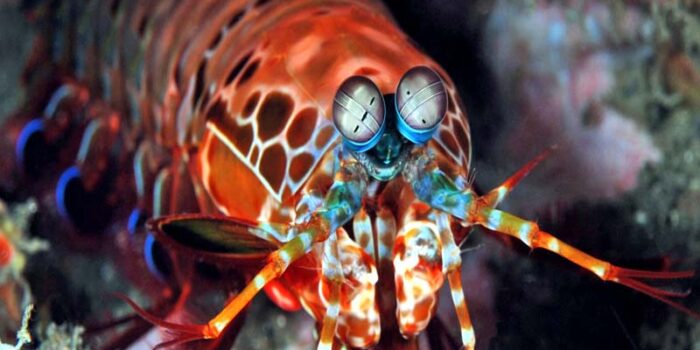 Coloration in animal kingdom plays a very important role, to basically attract the opposite sex, to warn enemies and to camouflage. Same like land animals the aquatic animals also have great coloration. Following are a list of some of the incredibly colorful ocean creatures. 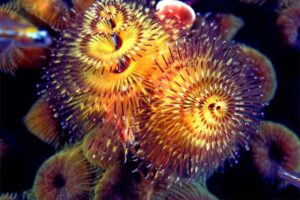 Christmas Tree Worm are covered with beautiful colors. They are among the most colorful ocean creatures. This colorful marine creature is found in tropical oceans around the world. These worms are well known for two brightly colored Christmas tree like crowns. These crowns are composed of colorful spiral plumes. These plumes appear in various colors including orange, white, red, yellow and pink. 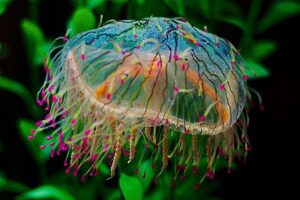 Flower Hat Jelly is extremely famous colorful rare species of jellyfish mostly found in Western Pacific Oceans. Its color varies as pink, green, purple, orange and blue. Their shining multicolor tentacles help them in order to catch small fishes. They also make a painful sting on enemies through these beautiful tentacles. Their sting is not deadly but very painful. 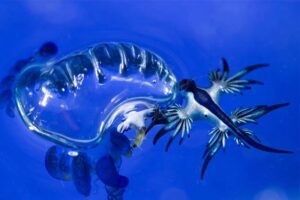 Nudibranch lives throughout world oceans. More than 3000 species of Nudibranchs are living in this world. This unique creature is noted for its striking colors. Most of their species are capable of evolving color pattern that matches their surroundings. This brilliant coloration saves them from their potential predators.

Nudibranch actually uses this coloration as a primary defense mechanism to save their lives. 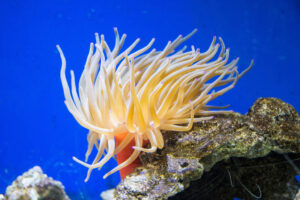 Sea Anemone comes at number 7 in the list of colorful ocean creatures. More than 1000 described species of this unique creature lives in throughout the World Ocean. Mostly they attached them sea floor by their adhesive legs. The shape of their body is cylindrical and have poison filled tentacles surrounding the central mouth. They actually used their poisoned tentacles in order to find food. 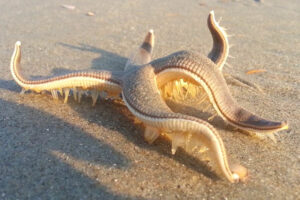 Starfish is one of the most elegant and colorful sea creatures found in the ocean world. Their most prominent feature is their striking colors. Starfish appears in various shades of brown, orange, grey, blue and red. Starfish also use their insanely bright color to warn their potential predators.

They are not considered in the category of fishes because they don’t have grills or fins like fishes. Starfish is the most beautiful and colorful ocean creatures that you have ever seen. 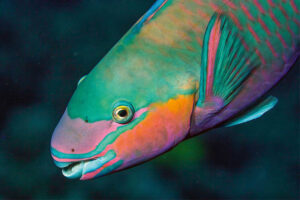 Their name is Parrotfish because of their parrot-like beak. Total 90 species of this unique creature is living in famous subtropical and shallow tropical oceans around the world. Surprisingly every species of Parrotfish born as females. But the unique thing about them is that they change their gender to male during their development process. 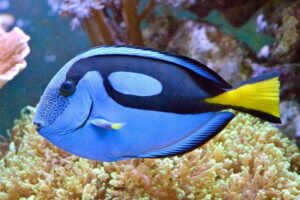 Blue Tang is a highly popular fish of a marine aquarium, have Indo-Pacific distribution. Bluetang is also famous with the name of regal tang, royal blue tang and hippo tang. They have a gorgeous and attractive blue body, yellowtail and beautiful black markings. The younger fishes are bright yellow in color with blue spots around the eyes. Surprisingly at the final phase of development, most of their body becomes blue in color with dark markings. Blue tangs prefer to lives singly and in groups up to 10-12 members. Their main diet is alga and planktons. 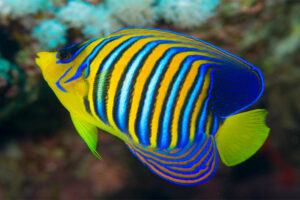 Regal angelfishes are medium sized beautiful fishes native to tropical Indo-Pacific oceans. These marine creatures are notable for their striking colors in different patterns. The body of regal angelfish features altering bluish-white and attractive orange stripes. Their dorsal fins also have such elegant patterns and the caudal fin actually appears in deep yellow color. They have maximum size up to 9.8 inches and primarily feed on sponges and tunicates. 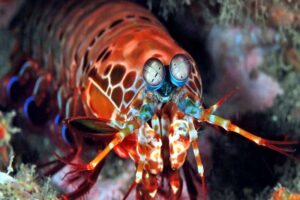 Mantis Shrimp is among the most stunning and colorful ocean creatures. There are more than 400 species of this unique creature is living on Earth. This beautiful marine creature lives in tropical and sub-tropical waters of Indo-Pacific oceans. Their entire body is fully covered with colors. The color of their shells varies as green, orange, red and blue. Mantis Shrimp also have different brilliant characteristics. They are capable of seeing both polarized and ultraviolet light. 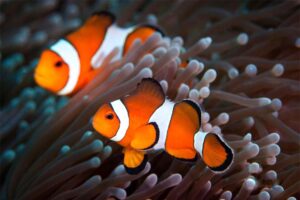 Clownfish is well-known for its bright color. They are the most beautiful fishes in the world. Their body color varies as yellow, orange, red with distinctive white stripes. They are native to shallow waters of Indo-Pacific oceans.

Interestingly the Clownfish lives freely with poisonous sea anemones. They both get to benefit from their mutual life. Clownfishes are most recognizable reed-dwellers present in the world.