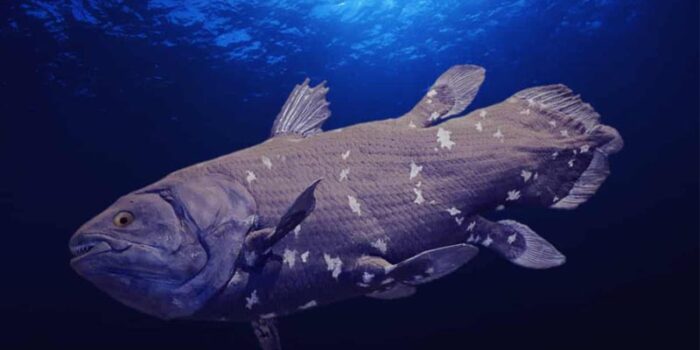 When we explore the history of the Earth we can see some animal species manage to thrive upon. Following is the list of top 10 oldest animal species on Earth. 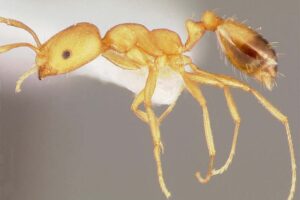 Martialis is extremely famous and is the oldest ant species discovered from the Amazon rain forest. The exact meaning of the word Martialis heureka means ‘ants from Mars. This species has totally different behavior than other recorded ant species on earth. According to an estimate, this particular kind of ant species was present on Earth 120 million years ago.

This unique species has a pale color and is 3 millimeters in length. The unique thing about Martialis is that they have no eyes. They used to live in the soil. 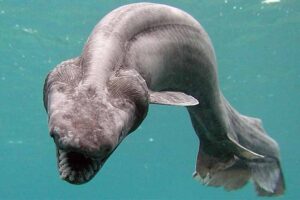 Frilled shark species comes at number 9 in this list. They are discovered in Tokyo, Japan in 2007. They are regarded as a ‘living fossil’ and appeared on Earth 150 million years ago. The frilled shark is 5-foot long and has 300 trident-shaped teeth over 25 rows. Frilled shark’s unique and strange looking mouth looks much larger than that of other species of shark.

Frilled sharks are very rare in the world. Overpollution and continuous change in ocean temperature are the main factors that cause the rarity of frilled sharks. 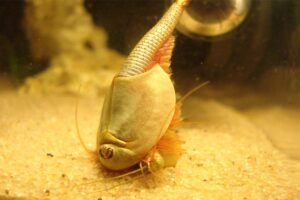 Horseshoe Shrimps were evolved on Earth around 200 million years ago. Dinosaurs were also evolved at the same time. Horseshoe shrimp length is about 2 to 4 millimeters. They are one of the tiny animals found in this world. Horseshoe Shrimps can survive in any conditions that are their primary quality.

Scientist discovered this stunning and extraordinary marine species in 1955. Horseshoe Shrimps mark their name at number 8 in the list of oldest animal species. 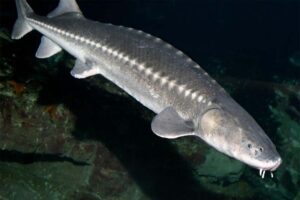 Sturgeons are the most popular and oldest member of the bony fish family. They evolved in this world about 200 million years ago. Sturgeons live in Eurasia and North America. Sturgeons are extremely famous and the largest freshwater fish in North America. During winter they migrate to distant places.

They have a length of up to 5.5 feet and weighs between 600 kg to 200 kg. Unfortunately, now sturgeons are in the list of critically endangered species. Sturgeons are well known for laying a large number of eggs at a time. But humans are the main threat to this deep sea creature because they mostly harvest sturgeon’s eggs.

Coelacanths are one of the critically endangered fish species evolved around 360 million years ago. There are two types of coelacanths in the world. They mostly found in coastlines of Africa and Indonesia. Coleanaths are of 6.5 feet in length and weighs up to 90 kg.

Coelacanths have a huge life span of 60 years. They actually move like a trotting horse. Their legs actually help them fish to make such a unique movement. Due to their electrosensory organ Coelacanth easily detect the preys in the ocean. Coelacanths have the strength to widen up their mouth to catch large preys. 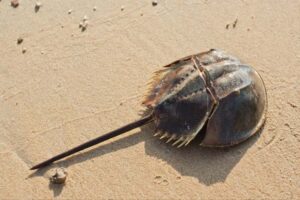 Horseshoe crabs are one of the oldest animal species originated on Earth before 445 million years ago. They prefer to live in shallow ocean waters across the world. Horseshoe crabs are well known for their hard exoskeleton, spines, and long tail. They have nine eyes in total that are found throughout the body. Horseshoe crabs mainly use two large eyes crabs and others are light receptors to control the movements. They also can sense ultraviolet rays. 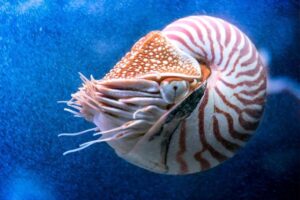 Nautilus body contains many-chambered shells. Due to these shells, they look like octopuses. The mouth of this amazing species surrounded by 100 tentacles and contain a muscular hood on shells. It will also help them to fight against predators. 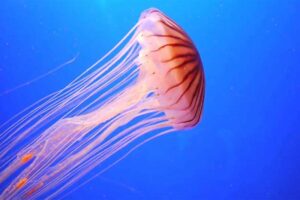 The umbrella-like headed jellyfish can be found in every ocean across the world. Jellyfishes are extremely famous and the oldest multi-organ animals in the world. Jellyfish evolved in world oceans 550 million years ago. The unique thing about this amazing creature is that they have no brain and nervous system.

They are found in different shapes and color. Their body is full of water. 90 percent of their body contains water. They are famous for eating other jellies. Box jellyfish is the most venomous species on Earth. Their tentacles have more than 5000 stinging cells. 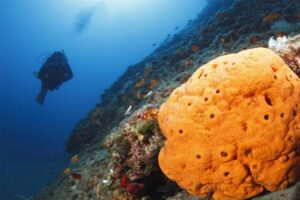 Sponges are very special kind of marine animal that looks like a plant. They are visible on world oceans before 580 million years ago. There are 5000 different species of sponges living in this world. You will mostly find them in colonies in different depth of the oceans.

They don’t have any internal organs, arms or head. Sponges have an exceptional power to restore the lost body part and a new sponge will grow from the old one. Their unique body contains many canals, becomes a shelter for many small aquatic animal species. 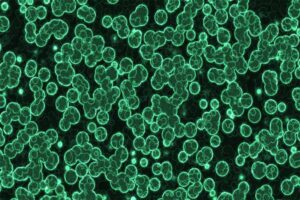 Cyanobacteria are the oldest known living system in the world. They are at the top in the list of oldest animal species because they are originated 2.8 billion years ago and the first ever microbe to produce oxygen via photosynthesis. In that way, they became a part of converting Earth’s atmosphere into an oxidizing one. Cyanobacteria are also known as green-clue bacteria. The unicellular cyanobacteria reproduce through micro fission.