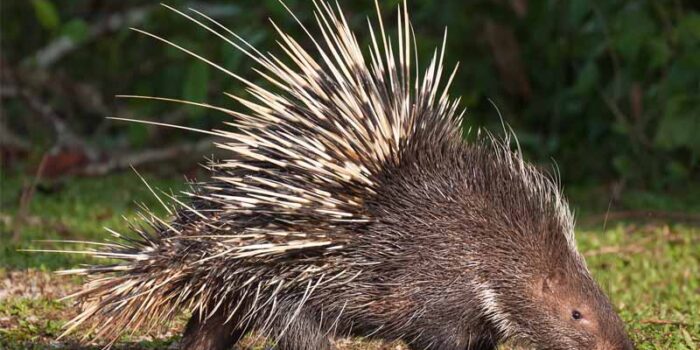 Animals with spikes are well known for their self-defense. In the whole animal kingdom, we can observe many strong and often weird methods of self-defense. Carrying spines is an effective tactical approach of defense against the enemy. It is very difficult to attack these spiky species. Following is the list of 10 most amazing animals with spikes. 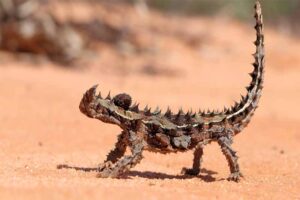 The thorny devil is an Australian native lizard which can grow only up to 20 cm. Mountain Devil is another name of this unique animal. Its whole body is covered with hard thorny spikes which actually protect it from predators. Because of these hard spikes, it is very difficult for predators to swallow Thorny devil.

Another interesting thing about this spiky species is that it also contains the false head. Whenever it feels any danger or threatens by other animals it quickly lowers its head and then presents its false head. Thorny Devil is well-known anteater and it often eats thousands of ants a day. You will mostly find them in the deserts of Australia.

The size of females is larger than males. They can easily live for 15 to 20 years and wild birds and goannas are their potential predators. Mountain Devil is one of the amazing animals with spikes and has the ability to change colors. In warm weather, it shows pale colors and changes it to darker colors during cold weather. 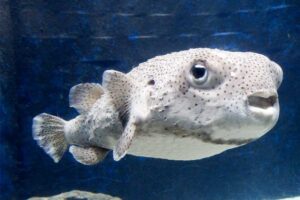 There are several names of this spiny fish; Balloonfish, Blowfish, Globefish and sometimes collectively called pufferfish. It is actually medium to large size fish which is present in shallow waters. Few of its species can grow up to 90 cm. The interesting fact about this spiky species is that they can inflate their bodies by actually swallowing water or air. This process increases its size which actually protects them from predators. It comes at number 9 in the list of most amazing animals with spikes.

They also contain sharp spines which also plays an important role in order to protect them. When the fish is inflated these spines radiate outwards. Some of its species are poisonous as well which also work great against enemies. The type of poison they have in their internal organs is 1200 time stronger than cyanide. This poison is effectively produced by different types of bacteria obtained from a fish’s diet.

Porcupinefish actually has three amazing and strong defense systems. That’s why they have only a few predators. Sometimes adults are killed by sharks and killer whales. 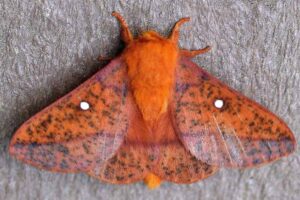 They are so adorable and display characteristic fake eyes as attractive white spots on their wings. The length of its wingspan is about 45 mm. They are found in North America. Its larvae feed on oak, hazel, and basswood. 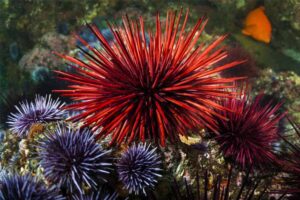 Sea Urchins are commonly a spiny creature living in the oceans worldwide. Amazingly there are about 950 species live on the seabed. Its tests are spiny and round in shape and can grow from 3 to 10 cm. Their largest species can grow up to 36 cm. Sea Urchins are slow movers they usually crawl with their tube feet. Sometimes they actually push themselves with the help of their spines. It’s true that Sea Urchins is one of the amazing animals with spikes. 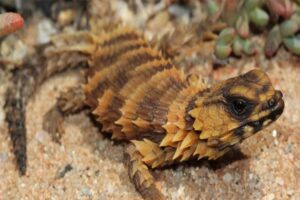 This lizard species is native to the Western coast of South Africa. The color of the body can be light brown to dark brown. It contains yellow underbelly with a blackish pattern that gives it a unique look. Its total size can range from 7.5 to 9 cm. Armadillo Spiny Tailed Lizard has the ability to grow up to its maximum size that is 10.5 cm. This lizard prefers to eat small invertebrates like spiders and insects.

The interesting fact about them is that when they found any threat they can easily roll themselves into a ball. This will help them against predators. Their thick, squarish scales along its back and the hard spines on its tail prevent predators. 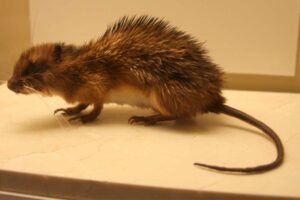 These nocturnal Latin American rodents contain a huge number of spines present on its back and sides of the body. The size of these thick spines is 33 mm. It is reddish brown in color and underside is pure white. Armored Rat is similar in appearance to Tome’s spiny rat, but its eyes are smaller and have a longer snout. This spiny rat likes to eat fruits, green plant matter, and insects. Actually, they are born with soft fur and spines grows after the first month. 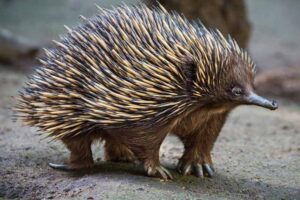 Usually, animals with spikes have a quite unique look. Echidna is also known as spiny anteaters and lives in Australia and New Guinea. Their diet includes ants and termites. They use their long sticky tongues to capture their prey. Their tongue is sharp and has tiny spines on it. Echidna doesn’t have any teeth, so in order to breakdown the food they grind it between the bottoms of their mouths and their tongues. 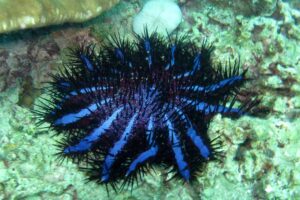 It is a big starfish that preys upon solid, or stony, coral polyps. The whole of its upper surface is covered with spines. This name is given to it because of these venomous thorn-like spines. No doubt this largest starfish is one of the amazing animals with spikes. They are found on coral reefs across the Indo-Pacific region. It has the capability of consuming devastating amounts of coral. 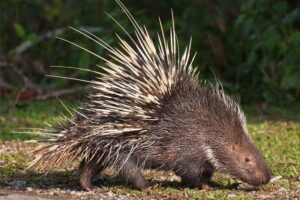 Porcupine is big rodents with a coat of sharp spines or quills. These spines protect them against predators. There are up to 30,000 needle-like quills which they quickly release when they found any threat. 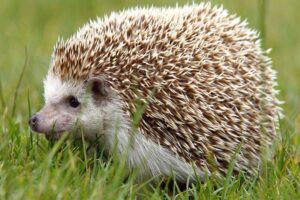 Hedgehog is top at the list of amazing animals with spikes. These spiky species enjoy an omnivorous diet of insects, roots, berries, slugs, and frogs. These nocturnal creatures are extremely famous for their defensive ball-curling stance.