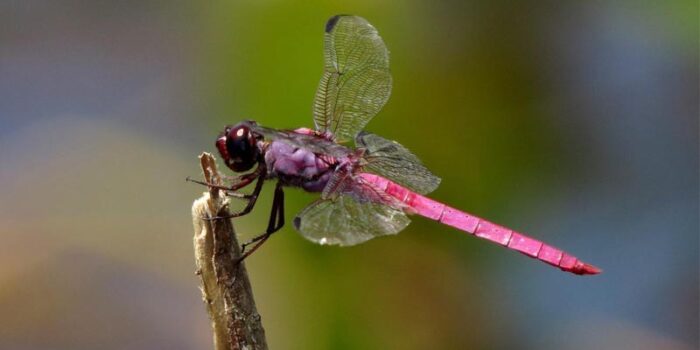 The pink color is not specified to feminine hence it is found in the animal also. Their pink color attracts the environment to make them dominant creatures. We are however still studying regarding pink animals. And sorting them into different classes to get deeper information around them. Pink animals of the biological domain are multicellular mammals that can affect, utilize natural substance and breed sexually.

Robins lives in Eastern Australia, favoring thick forest and rainforests, especially eucalypt woodland, as the reproduction season, more open in the duller environment throughout the cold weather. They are unusual creations among birds and both males and females are of pink color. Moreover, feed on small insects like ants, beetles, spiders and leaf litter. Females pink robin builds up their extensive nest. Average have 3 to 4 babies at a time and can produce 2 couplings over the breeding period.

It is an amazing aquatic amphibians animals with lushing pink colors. The most important fact about this pink animal is it become adults outwardly experiencing a metamorphosis. Rather than using their lungs and managing to dry land, axolotls spend their whole lives underwater. It is also named as walking fish, actually not a fish but an amphibian. Pink axolotls are considered as one of the world’s most unique and unusual creatures.

One of a carnivorous animal with bright pink color. Orchids pink animals are some of the best protectors in the animal kingdom. Moreover, they resemble more to flowers but less to insects. It can adjust color to better display the nature of the habitat.
If we talk about mysterious, excited, bright, bugs, look then this orchid mantis comes first.

In the family of seahorses, pink color sea horse is a father who carries around 100-1000 eggs in a young pouch and delivers little fries(baby sea horse) within three weeks. this amazing pink animal with no stomach and teeth Hence, food passes through the digestive system quickly. They must eat almost constantly to stay alive. This pink color creature impel themselves by doing a small approaching on their backbone that waves up to 35 times every second.

An amazing pink color animal that has incredible eyesight as they can see very clear even in low light. This insect is more well-known for its shielding ability, which it uses when grazing on fluid from flowers. Second, given to elpenor is elephant hawk moth because it resembles an elephant’s trunk. Its clear olive and pinkish color make it one of the several recognizable insects in its area.

It is found in South-east Asian, there are almost twenty-nine species of millipedes are present in which the pink color dragon is the most unique one. Such pink animals gather together in large groups after it rains. Pink millipede sweats Hydrogen Cyanide adjacent to the needles if it seems endangered. Hence can also shoot it at predators. Such classes weren’t created until 2007. Their length is approximately 3cm long as adults. As this animal originates cyanide, it stinks like almonds.

One of the most nocturnal pink color animals. As it is very versatile and mostly prey on bugs and spiders. Replacing other gecko species that are less healthy or competitive. Additionally grow up to 3-5 inches in length. Moreover, such colorful lizards have modified to environments from humid forests to deserts, to winter slopes. Over a long duration of time, thus geckos have acquired specific natural characteristics to assist them.

Flamingos are great geese, recognized by their long necks, and pink feathers stick like long legs. Thus pink and reddish colors of feathers come from consuming colors of algae and insects. Moreover, are normally observed in huge communities across the water. And stand by for more time on just one long leg.

This beautiful pink color insect is so rare. Hence they are found one in every 500 individuals. It stands out quickly from green, creating their remnant more challenging. Moreover more probably the young katydids aren’t of pink color due to different reasons for camouflage.

A widespread species of dragonflies commonly found everywhere. Whereas the body of pink animals are pinkish color along with white layer while segments are clear with reddish threads. The parallel spines of intestinal 8 section in females are usually gray. Additionally, the habitat of this pink color insect is ponds, ditches, and streams. Thus it is an energetic predator hunting insects only lightly shorter than itself. Males will constantly and actively guard regions equating 10 m.