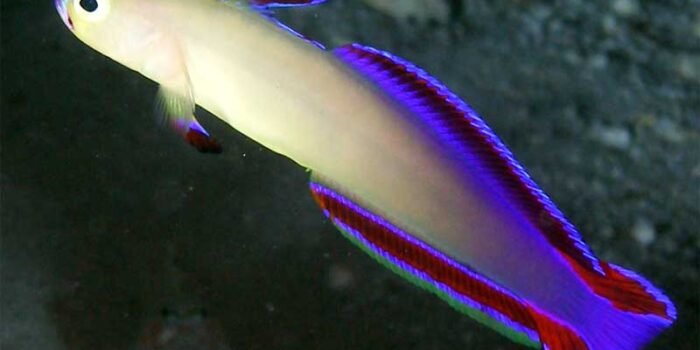 There are numerous types of purple animals that exist in the world that surprise us daily. We are still getting knowledge about them and, we are also allocating them into different categories for increasing our knowledge. Now we shall talk about the top 10 purple animals in the world.

Apatura iris is a scientific name of the purple emperor butterfly.

These are from nymphalids family and normally found in Southern England and Northern Asia. The splendid butterflies fly high on the tops of trees and wooden landscapes. It takes feed from aphid honeydew and grows up. It doesn’t get their feed from flowers like other butterflies. These are normally found in large sizes. The males have 75mm wingspan and females have 80mm wingspan.

Carabus Violaceus is a scientific name of Purple beetles. There are two types of this beetle that are consisted of purple’s animals. Carabus violaceus is sometimes called the violet ground beetle or the rain beetle. It is the common type of purple beetle and found in the gardens, meadows, and farmlands. It lives in woodland, heathland and in the grass. Carabus problematicus mostly found in Austria, Belgium, Great Britain, Denmark, France, Germany, Iceland, Ireland, Italy, Norway, Poland, Romania, Spain, Sweden, and Switzerland. It related to the family of Carabidae. This beetle consists of the sheep rather than sheep and cattle grazed plots.

Purple beetles are normally active. Smaller invertebrates like slugs caught them. The adult females normally lay on eggs in the soil. These beautiful jewels like insects show their purple color along with blue and green shades.

Janthina Janthina is a common name for purple sea snail. It is one of the soft-bodied invertebrates of the Phylum Mollusca, typically with the hard shell. Moreover, Its beautiful lavender shell is thin as paper and also fragile. It spends most of its life floating on the surface of seas. The interesting thing about purple snail is that they are born males. Hereafter, they may change into females snails. These changes collectively called Protandric hermaphrodites. As well as, the purple sea snails are also blind.

Orchid Dottyback is a type of purple fish that is popular to keep in an aquarium. It only grows a maximum of 2 inches which is equivalent to 5cm. It belongs to carnivore’s family and needs a diet of meat just like shrimps. They are found in western Indian oceans. Pseudochromis Fridmani is a Latin name of this purple fish.

The Purple burrowing frog was discovered in 2003. It is distinct from other normal frogs. First of all, it consists of purple animals. This frog shocked the biologist that they awarded the Indian purple frog into a new breed of amphibians. One of the frog’s unusual features is its tiny eyes. Normally, these types of frogs found in Southern India. It is also known as Nasikabatrachus Sahyadrensis.

The eastern purple snake is the longest snake in Northern America. It can grow up to 10 feet. A purple snake has normally smooth scales. In addition, it reflects the light from its skin. It gives them a deep blue-purple appearance. Its name is Amblyodipsas.

This is the kind of love birds that are most common in America. It is the largest swallow in North America. Unlike, Its name Purple martins are not really in purple color. Yet, it counts in purple animals. It looks like bright blue to navy blue or deep purple appearance. It’s male having dark glossy blue-black color and females are in dull and grayish color. It is an extremely popular bird as a result of its willingness to live in nests provided by human beings. They get a feed from flying insects like wasps, bees and winged ants.

The purple polar bear named Pelusa. It was 14 years old living in Mendoza zoo in Argentina. Originally, it was in cream color but later changed into a purple color. As a result of, taking a drug to treat a skin disorder that’s why it includes purple animals. Veterinarians said she would turn to her normal color within a week. She died of cancer in 2012.

Pisaster ochraceus is commonly known as purple sea starfish and it lives in the pacific ocean. It is related to the family of Asteriidae, It has five standout rays that range in length from 10 to 25 CM. Most individuals are purple but some are in orange, yellow, reddish or brown color. Moreover, most sea stars live a maximum life of four years. Although this may be true, Pisaster Ochraceus has the unusual facts that it can live 20 years.

Nemateleotris decora is an elegant firefish or called purple firefish. It mostly spends life in hard open bottoms of reefs, sandy patches and as well as, in deeper coastal areas. It reaches a maximum length of 3 inches and often lives in pairs. Gobiidae is a family-specific name for this fish. This is colorful fish having seven spines and 27 to 32 soft rays of the dorsal fin. Its head is purple and the body color is the whitish and yellowish and grayish tail. Its fin has bands of orange, black, red and purple color. Firefish is famous in reef aquariums because it is friendly for other types of fish and does not attack tankmates. It is mostly keeping in nano reef aquariums.