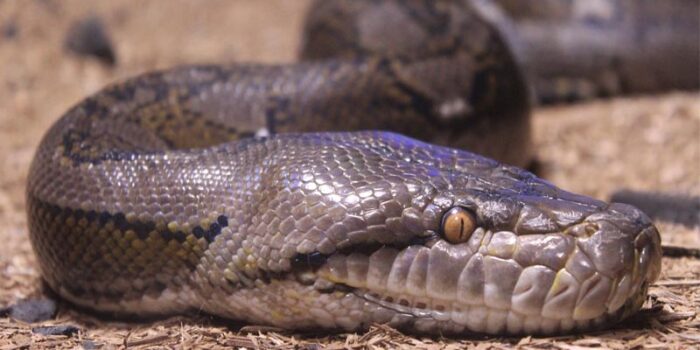 Africa is one of the largest continents which has biodiversity and multiple wildlife dangerous animals. This wildlife is also a major cause of human deaths. Here I have given detail about dangerous animals in Africa, that kill a wide range of animals and humans every year.

The Black Mamba is one of the most dangerous, and the largest venomous animals in Africa. Despite its name, it is not black all over but brownish and olive skin. Its mouth is inky black it only shows when it feels a threat from its predator. It lives in savanna, scrub, tree holes, and occasionally people’s residential areas as well. The speed of black Mamba is 20km/ph. Its height can be reached up to 2.5m. During the encounter, it can strike up to 12 times each time delivering enough neuro and cardio-toxic poison to its prey within an hour. An injured buffalo is extremely more dangerous. When you see Cape Buffalo in Africa, they’re usually not alone they mostly live in herds.

Cape Buffalo is considered one of the most dangerous animals in Africa, it kills around 200 people in a year. An injured buffalo is extremely more deadly. When you see Cape Buffalo in Africa, they’re usually not alone they mostly live in herds. Even when you see them from binoculars from a distance, the male always seems to stare with intense disliking. A cape buffalo can be 700 kg in weight. Buffalo will mob its predator that dares to take its young so when you are in Africa beware of Cape buffalos.

Common scorpion considers deadly, and people are afraid of it. Emperor Scorpion exists in Africa that is one the largest species of Scorpions. It finds in the rainforest and savannas of West Africa. It is not as dangerous as other species of scorpions, its sting is like a bee’s sting that doesn’t require medical attention but, due to fear, it considers as one of the dangerous animals in Africa.

Despite its small size, it has considered one of the dangerous animals in Africa. It kills millions of people each year. It is a surprising figure that how can a small creature can be responsible for killing too many people but it’s true. African mosquitoes are very deadly as they transfer a myriad of potentially fatal diseases like yellow fever, the Zika virus, the West Nile virus, dengue fever, and malaria. If you are planning to visit the safari then, must take precautions before visiting because this mosquito is present there. You can escape from this deadly mosquito by using spray or lotion repellents or by wearing light color clothes.

Spotted Hyena is the largest member of the Hyaenidae that is believed one of the most dangerous animals in Africa. It is a social animal and lives in large communities. They become more deadly when it comes to the protection of their young ones and territory. The bite strength of spotted hyenas is 1100 PSI, robust enough to shatter the bones of their predator. In southern Sudan, the attacks on people had increased during the second Sudanese Civil War when human corpses were readily available to them.

The hippopotamus is the “river horse” that lives along rivers and lakes in Africa. The hippo is one of the heaviest and most dangerous animals in Africa. It is around eight thousand pounds. Besides herbivores, it contains canine teeth that can exceed 20 inches that are enough sharp to kill anyone. It is better to see it from distance. Many people have lost limbs or even lives in hippo attacks so, beware of its attack.

Nile crocodile is also one of the dangerous animals in Africa as it is a freshwater predator. The crocodile submerges in water with just its nostrils remaining above the surface. It remains in this position until it sees someone come at the edge of the river, and it attacks with the burst of speed. Sometimes it swallows its prey whole.

South Africa is considered as crucial when it comes to shark attacks as its reputation as a shark attack hotspot was solidified back in 2015. A professional surfer Mick Fanning was bumped by at least one great white shark during a surfing competition at Jeffrey’s Bay. It is one of the dangerous animals in Africa. The Kosi Bay estuary and Zambezi River are famous for large numbers of bull sharks. Tiger sharks find along the warmer Indian Ocean coast – this is why all the shores in Durban have shark nets.

Another one of the heavies and dangerous animals in Africa is the elephant. Safari elephants are famous all over the world. It is unlikely that you’ll come into contact with an elephant outside of a defended game reserve while traveling through Africa. These superb animals have exceptional power and lethal strength. They can reach up to around 7,000 kg’s, in which they can crush, stomp, and tramp the capabilities of their prey.

African python is another one of the dangerous animals in Africa. During the visit to the savanna, green forest, grassland, semi-desert, and rocky areas in beware to them. The species of African rock python snake can exceed up to six meters in length, and its jaws are too much strong that can kill anyone easily. It is also notorious for its aggressive behavior.