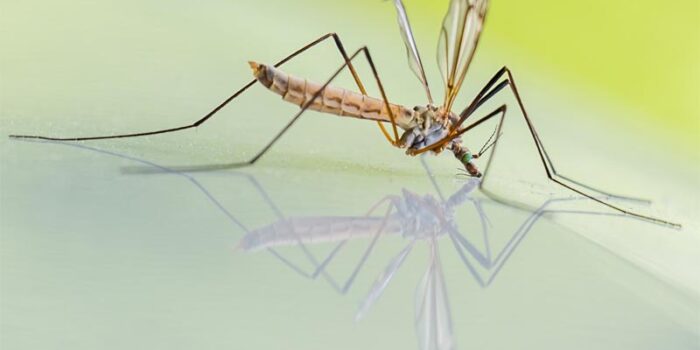 Mosquito is a tiny creature but, it can be a big killer and, you know every month nearly 250,000 people die from mosquito-borne diseases. Sadly, they are a bigger killer than sharks, snakes, and deadly creatures, yet most people don’t know much about these fatal insects. Mosquitoes prevail many deadly diseases, like malaria, dengue fever, yellow fever, etc. it is not only dangerous for humans but also animals too, it can give heartworms to your dog. Mosquito is the very oldest creature it almost originated in the 16th century; they just mean “small fly” in Spanish. These deadly mosquitoes have many interesting facts.

Interesting fact that when we talk about the life span of mosquitoes, these deadly creatures live up to 5 to 6 months. Perhaps something due to living conditions it can survive more than average age. In the right conditions, an adult mosquito can survive for a long period such, as worms. Most adult females survive up to two to three weeks.

You know just female mosquito bites because it needs proteins for their eggs and, they should take a blood meal for reproduction. Interesting fact that male mosquitoes do not take responsibility for the young ones that’s why they avoid you and take the nectar of flowers. When the eggs are not produced, Female mosquitoes stick to nectars and, they don’t need human blood.

Mosquitoes like carbon dioxide, body odors, and temperature too. Only females have mouthparts that can suck blood. During biting, they stab two tubes into the skin: one to insert an enzyme that prevents blood clotting; the other to suck blood into their bodies. They use the blood, not for their nourishment but also for young ones.

If you love to wear a black or blue shirt, then you are going to attract so many mosquitoes in your surrounding. Because dark colors have been considered to be the most attractive colors for mosquitoes. On the other hand, light colors like – white, khaki never appeal to these annoying creatures. Because they are very fascinated by the heat, dark colors absorb more heat as compared to light ones.

One of the interesting facts about mosquitoes they love perfumes that why when they detect perfume, they attract towards it. Interestingly, even they do not have a nose to smell instead of it, they use their antennae but, they will pursue you if you have sprayed perfume on your body. Plus, mosquitoes are generally found in dirty places but, they like the smell of hair sprays, bathe items, aromas, etc. That’s why they attract these things a lot.

07: Iceland is free from mosquitoes

mosquitoes are found everywhere but, interesting fact is that Iceland is a mosquito-free country. Because it is a very cold place, and its temperature can reach as low as −38°C. where mosquitoes can’t survive. On the other hand, some states like Thailand, Brazil, Philippines, Indonesia, and many more where exist abundantly. Mosquitoes like tropical regions which have humid conditions are a favorite environment where it exists most.

06: Mosquitoes are more active in a full moon

Another one of the interesting facts about mosquitoes when a full moon appears, the energy of all vampires as well as these little vampires became double. Most classes of mosquitoes became highly active during the full moon. Plus, their biting speed also increases as much as 500%. So, we can blame the full moon for making our bodies itchier by mosquitoes.

Malaria is a disease caused by an organism. The organism is transmitted to humans through the bites of sick mosquitoes. Interesting facts a famous doctor Sir Ronald Ross discovered that mosquitoes transmit Malaria which, is dangerous sometimes. He was the first Britisher who won a Nobel Prize in 1902 after this discovery.

04: Male mosquitoes find their females through the sound of wings

Male mosquitoes are more clever enough than females interestingly they can detect their females easily through their wing sounds. Even they can identify the female mosquito’s wing’s frequency when they fly in the air. Interesting fact that that’s how mosquitoes find their mates.

There are just two main predators of mosquitoes these are fish and dragonflies. In the US, sometimes dragonflies are unconstrained to control the population of mosquitoes in infected areas.

02: The “Elephant” mosquito is the largest in the world

The Toxorhynchites spacious mosquito is called an elephant mosquito. It is one of the largest mosquitos in the world. These adult creatures eat only plants.