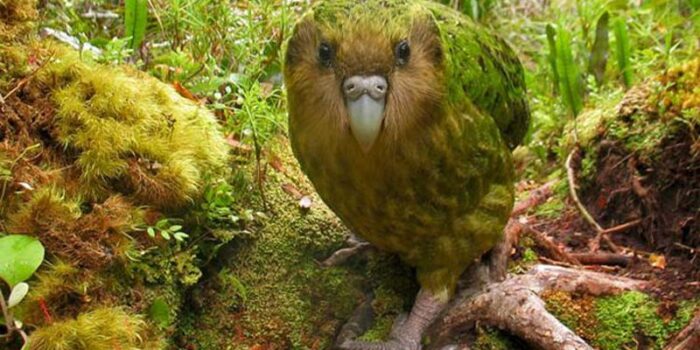 Many animal species are endangered due to different human activities on Earth. Some awareness should raise for endangered animals. In this way, we can save them from danger. Due to many reasons that these rare and unique are endangering, we should try to understand and minimize our destructive activities. We are making progress day by day and, sadly we have forgotten about other creatures that are sharing the world with us. With the technological revolution, we have upgraded our living standards. But due to the natural resources destructions, some animals and creatures have been facing problems. Here we have listed the top 10 endangered animals that need our help, protection, and conservation.

Black rhinos are one of the African rhino species that are included in the top 10 endangered animals. They have hooked upper lips. It distinguishes them from white rhinos, the black rhinos are browsers, and their sharp lip allows them to feed on leaves from shrubs and trees. In the last two decades, their population had wiped out up to 98% gratefully their population has restored with time. But still, these animal species are endangered by poachers and black-market trafficking of rhino horns.

Pandas are adorable creatures everyone likes them. These giant pandas also consist of the top 10 endangered animals. Due to farming, deforestation, and other evolutions, this species of panda has been driven out of the lowland areas where it once lived. China, which is a hub of a remaining wild population which are fewer than 2,500 individuals, has since the late 1980s formed more severe habitat protections, and poaching has all but finished. We should do something for these creatures as these are subject to disease and starvation when enormous swathes of the bamboo on which they forage complete their life cycle and famish.

Another one of the top 10 endangered animals is the Malayan Tiger which, are subspecies of native Peninsular Malaysia. These are near to the Indochinese tiger and can rise to 8 feet and gain 300 pounds in weight. This animal species is declining due to illegal poaching and also the devastation of habitat. Conversion of forests into new roads is also the main reason for the Malayan tiger’s habitat decline.

The Amur leopard is a cat species that, is in one of the top 10 endangered animals. It is related to the Panther Pardus species and mostly exists in southeastern Russia and Chinese-North Korean border. Amur leopard is unique as it lives in a cold environment, and it is also facing extensive destruction of the habitats where human activities have trespassed into Amur leopard habitats. This endangered animal has the main threat from illegal poaching as well. These are killed for the sake of their skin. In black markets, its coat is selling for up to 1000$.

The tooth-billed pigeon only exists in Samoa and a national bird also here. According to the Phylogenetic report, it is the most basal living member of clade Columbidae. They could go vanish if humans won’t care about it. These lemurs are just found in Madagascar. If we lose them then, we shall lose important information that they carry that we can learn from them. Besides these lemures, we shall lose the piece of history as well. We should do something for this endangered animal species.

Gorillas are one of the fascinating and endangered animals in the top 10 list. They are closely related to humans and also share 98% of human DNA qualities. They also feel emotions and sentiments like us. Their behavior and daily activities are closely related to human beings. The two main species of gorillas are the Eastern Gorilla and the Western Godzillas. These are all endangered on the IUCN Red List.

Sea turtles are also one of the top 10 endangered animals. These sea turtles have two main species which are endangered critically in IUCN Red List. These are Hawksbill and Kemps Ridley Turtles which, are declining by human activities. Poachers hunt sea turtles for their eggs, shells, meats, and skin and these are selling in the black market at a high rate. Many of them are at risk due to pollution in the sea and these are losing their habitat. Climate change is also making a bad effect on them due to changes in climate their breeding could be skewed. Moreover, breeding beaches could vanish underwater with sea-level rise.

The Saola is one of the rarest large mammals on Earth which, is included in the top 10 endangered animals. For the first time, Saola was discovered in 1992, and the first photograph took in 1993. It was the most breathtaking zoological discovery of the 20th century. The population of Saola is hard to determine with any precision, but it is considered critically endangered, and it is the rare large terrestrial mammal in the world.

Kakapos are nocturnal creatures that are related to parrot species and ground residence birds. These are also critically consisted in the list of top 10 endangered animals. Their home town is in New Zealand, and there are just 140 remainings here. Each one of the Kakapos has an individual name. The main threat of this unique bird is from cats and stoats that hunt it by their smell. Kakapos have a natural quality that freezes and can blend into the atmosphere when they feel danger. In this way, it can escape from its predators on sight but unfortunately cannot escape from the smell. For finding food, females leave the nests alone which is the main cause of wasting eggs in the hands of predators.

The blue whale is another one of the top 10 endangered animals on the planet. There are just 25,000 blue whales left on the Earth. The population is reducing up to 90% by whaling in the 20th century. Commercial hunting has been banned since 1966.

These top 10 list of endangered animals are suffering due to human activities. If we make an effort for them, we can save them from extinction. Until then, we should be thankful for what we have and take measures to rescue our most attractive, vulnerable creatures.