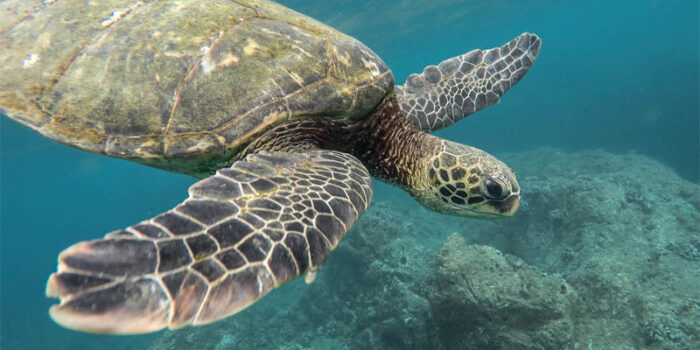 A turtle is a shelled reptile creature that belongs to the order of Chelonii. The “tortoise” terminology is more specific, which just refers to the terrestrial turtles. Usually, tortoises are herbivorous and, they can’t swim. There are several discriminations between turtles and tortoises sometimes we take the same but, it’s not true. For example, turtles can be aquatic and semi-aquatic, but most tortoises live on land-dwelling, although some can swim. Turtles have flattened shells, while tortoises have deeply rounded shells. Male tortoises are usually larger than females but, turtles’ case is different. Like these facts, there are a lot of many interesting facts about tortoises.

10: Tortoises can smell through throats

Tortoises are reptiles they detect the faintest of smells with the vomeronasal organ or throats. Interesting facts that tortoises instead of flicking their tongues, pump their throats to circulate air through the nose and around the mouth.

We have heard many stories about winning the slow tortoise race but, you know they have won the space race. Interestingly in 1968, when the first Soviet Union’s Zond 5 spacecraft circulated in the moon and returned safely to Earth. Interesting facts about the tortoises on board which, was lost about 10 percent of their body weight, but we’re still ready for a meal after they touched down.

The shell of tortoise has three main portions: the top carapace, the bottom plastron, and the bridge that fuses these all pieces together. Every tortoise has ribs, a collar bone, and a spine inside its shell but you can’t see.

8: Tortoises have an exoskeleton AND an endoskeleton

The shell of tortoise has three main portions: the top carapace, the bottom plastron, and the bridge that fuses these all pieces together. Every tortoise has ribs, a collar bone, and a spine inside its shell but you can’t see.

7: Tortoises can hold their breath for a long time

Another one of the interesting facts and features of tortoises that they can hold the breath inside the water for a long time. As you know, they can’t swim. They’re highly tolerant of carbon dioxide that why they can hold their breath. Tortoises have to empty their lungs before they can go into their shells so, it is a good way of digestion. You can also hear them exhale when they’re frightened and decide to hide.

Water collection is something the tortoise sets out to do, interesting facts that tortoises are also accidental gardeners. The desert tortoise finds and consumes a variety of plants like cacti, herbs, and shrubs. During their long-life span, a firm tortoise provides much-needed balance in the unforgiving environment of her desert home.

4: They eat Poison and Glass items too

The diet of tortoises is not just greens grass, some get food from poison and, if they didn’t find anything to eat, they can eat glass too. The hawksbill sea turtle is a special that eats creatures that contain or produce poisons and toxins. Hawksbills have enough quantity of toxic compounds in their bodies if people occasionally eat their meat so they can die because of it. Scientists have inspected the dead hawksbills who have bellies full of sharp glass, much of which has embedded in their digestive tract. Interesting facts about a tortoise that still scientists are not sure how these sea turtles continue to munch on their unforgiving food without any apparent negative side effects.

But the tortoise’s diet is dependent upon their environment where they live. Terrestrial turtles will munch on beetles, fruit, and grass, whereas sea tortoises will eat everything in the sea.

Generally, tortoises have a long span of life as compare to human beings. Interesting facts about some tortoises that they can live longer up to 150 years.

Another one of the interesting facts about tortoises that hot places tend to have lighter-colored shells than tortoises from cooler areas. The light tan color originates in the southern part of the Sahara Desert.

The brain of tortoises does not grow to the same size as other creatures. Turtles don’t have the cerebral part of the brain which, is responsible for learning and reasoning that’s why they have low intelligence compared to other animals. The most intelligent turtle, Glyptemis insculpta lives in North America.