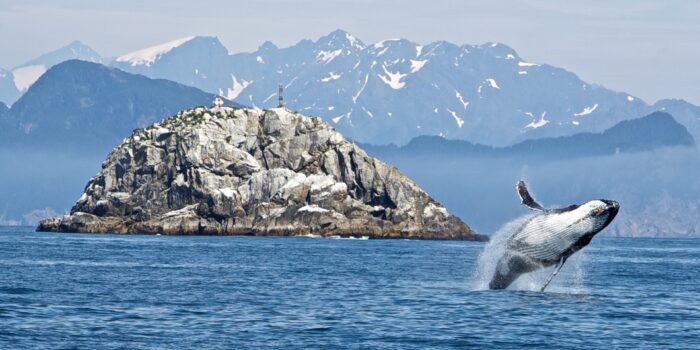 The term “whales” use for all types of cetaceans like whales, dolphins, and porpoises. They are various groups of an animal which are varied in size from just a few feet long to over 100 feet long. Most whales spend their lives offshore in the ocean’s pelagic zone, but some live in shoreline areas and even spend part of their lives in freshwater.​ Whales are endothermic which means warm-blooded creatures. Their body temperature is about the same as humans, while they frequently live in cold water. They also breathe air, give birth to live young once, and nurture their offsprings. Like human beings they also have hair and these all features are the same to all mammals. Whales have also many more interesting facts.

Currently around 86 species of whales have recognized, from the tiny Hector’s dolphin to the gigantic blue whale, the biggest creature on the planet. Most of the species around eighty plus use a filtering system called baleen. The rest of the whales have teeth, but their teeth are different from human beings.

10: They Rest Half their Brains while Asleep

The whale shark is a common species all around the world. One of the interesting facts that they are mostly found in the warmer waters of several oceans, including the Atlantic, Pacific, and Indian ocean.

Whale sharks can migrate in underwater around thousands of miles long. You know one tagged shark traveled around 8,000 miles within 37 months. Now Mexico is a popular spot for the sharks—in 2009, a “swarm” of over 400 whale sharks had seen off Mexico’s Yucatan Peninsula.

Scientists have searched a lot about the life cycle of a whale shark but still, they need to learn a lot. Whale sharks are ovoviviparous so females lay eggs, but these eggs develop inside her body. We came to know, according to one study whale sharks can have several litters from one mating. Whale shark pups are around two feet long when they are born. But scientists are not sure about how long whale sharks live, but based on their large size and their age at first reproduction it is observed that whale sharks may live at least 100–150 years.

While talking about the whale’s senses, hearing is the most dominant sense in whales. The others sense like the sense of smell and sense of taste haven’t developed still. But in the underwater world where visibility is highly variable and sound travels far, good hearing is very necessary. One of the types of whale “Toothed whales” use echolocation to find their food, which includes producing sounds that bounce off whatever is in front of them and interpreting those sounds to determine the object’s distance, size, shape, and texture. Baleen whales perhaps don’t use echolocation, but use sounds to communicate over long distances and may also use sound to develop a sonic “map” of the ocean’s features.

05: Whales are the loudest animals on the planet

One of the interesting facts about whales that they can be as loud as 180 Decibels. Do you know underwater they can hear each other as far as 1000 miles away? Furthermore, they also have echolocation up their sleeves which gives away the size and location of any potential threats. It also helps them in the selection of its mate in a huge ocean.

Like other creatures’ whales are also social animals. They move in packs and their communication patterns are almost similar to humans. Particularly, the humpback whales had shown lifelong relationships. One of the interesting facts about whales that they even have reunions on an annual basis. Furthermore, the Killer whales are also highly social creatures and often travel in matrifocal groups—a family unit focused or centered on the mother.

Besides other interesting facts that it is a sad one that the whale shark has listed as an endangered creature on the International Union for Conservation of Nature’s (IUCN) Red List. It is still hunting in some areas of the world and its fins are valuable in the shark finning trade. As they grow and reproduce slowly, inhabitants may not recover quickly if this species is overfished.

The baby killer whale calls as a calf. At the time of birth, the calf is long up to 8.5 ft long. It will also stay with its mother for around two years before separating and becoming independent. For the first several days, its dorsal fin and tail flukes will be flexible and its white spots on the body are also more commonly pale during birth.

In 2019 one of the species of whales had discovered and it has classified as Type D killer whales or subantarctic killer whales. This sort of killer whales has a unique rounded head that varies from other known species. Their dorsal fins are also pointed and have smaller eye patches related to the typical killer whales. Scientists have stated that it is one of the interesting facts about whales that this unique Type D is greatly different from others.