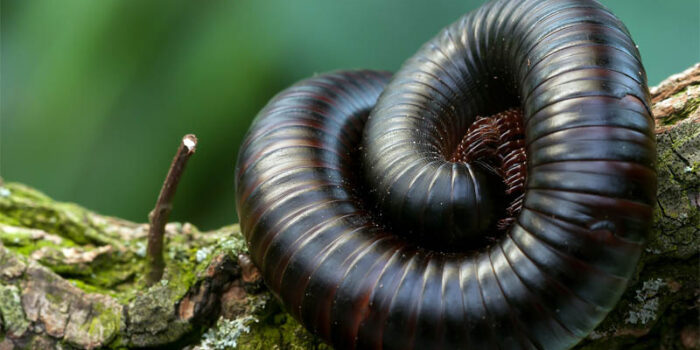 Flora and fauna are the most important elements of any country. No country is complete without it everyone knows how much wildlife is essential for the ecosystem. Wildlife lovers just travel to other countries for the sake of it. It also increases the rate of tourism in any country. Besides beauty, some flora and fauna are dangerous too. Many deadly and dangerous animals are roaming in this world one be aware of them before visiting any place. Australia is a beautiful state which has many stunning and dangerous animals. Before visiting here, one should know about them. Here is the list of the 10 most dangerous animals in Australia.

The death adder is one of the most dangerous and venomous animals in Australia. It has a short, rugged body and a triangular-shaped head. Its long fangs can stab intensely into the prey. The diet of this dangerous snake is small mammals and birds but, it doesn’t search for its victim like other snakes.

It waits for its prey for many days until a meal passes. Most of the time, death adder camouflages rather than evasion for defense. It is very toxic when it injects its venom with a bite its victim becomes paralyzed or even dies within 6 hours.

Box Jellyfish is a box or cube-like body shape which, includes aquatic animals. It is found in northern areas of Australia and considers one of the most dangerous animals in this area. During swimming, many people have fallen victim to it. Scientifically, its venom can kill up to 60 grown people.

Unlike, its beautiful and fragile body its sting is highly severe that can lead to cardiac arrest. An infected person can die within the next five minutes. Its tentacles can stretch up to two meters. It is one of the most dangerous animals in Australia, so before visiting northern areas, be careful.

The great white shark is another dangerous animal of Australia that is related to aquatic life. It finds on the northern coast of Australia, where many recorded shark attacks on humans. Its bite is very poisonous as it has up to 300 sharp triangular teeth that can kill any human being. White sharks don’t like to target humans most of the bites were test bites. They prefer to eat less bony prey.

These are highly powerful creatures, that can overcome an average human easily. These are enemies of human beings, and treat humans as their prey for the protection of their territory. If you are planning to visit Australia then, you should care about it.

Sydney funnel-web spider is one of the most dangerous animals in Australia. It can be medium to large and up to 5 cm long. Mostly found in dark brown to black or blue-black color. Its bite is highly venomous that can be deadly too. This creature is nocturnal and exists in funnels, underpasses, scrubs, and irregular trip-lines.

The shark is one of the most dangerous animals worldwide and mostly in Australia. It has a bad reputation for human attacks. Many people had infected by their attack and even died.

The shark is one of the most dangerous animals worldwide and mostly in Australia. It has a bad reputation for human attacks. Many people had infected by their attack and even died.

The giant centipede is one of the dangerous animals that is a member of the scolopendrid family in Australia and Asia. It has a long and flat body that can increase up to 6 inches. It is found in different colors from greenish-brown to orange with black bands.

Giant Centipede exists in dry and moist environments. Its bite is very venomous that can cause severe pain for many days. It is not too deadly, and up till now, no record has been found about it. Some people say that its pain is like a wasp sting. With the help of an icepack, pain can minimize.

The blue-ringed octopus is an attractive and deadly creature in the world. It is one of the dangerous animals of Australia that is found in tide pools and coral reefs. Despite their stunning color and small size, it is very deadly for human beings as they can kill also.

It has blue and black rings on yellowish skin. When mixed, the brown patches turn dark dramatically, and a clump of rings appears, throbbing within the maculae. This creature most of the time spends in hiding and can change its shape easily.

The stonefish is one of the most dangerous fish species in the world that is included in the dangerous animals of Australia. Their stings can be fatal in some cases like when they are disturbed and threatened. There is no death rate recorded due to its sting. By mistake, swimmers often step on them, inadvertently beginning painful stings.

The python is known as one of the largest and the most dangerous animals in the world that is found in Australia as well. It doesn’t attack humans unless it is provoked by them. It has sharp, backward-curving teeth that can grasp its prey. Python can kill its victim by wrapping around itself. It can eat large animals like deer.

Australia is a hub of beautiful beaches, mountains, and landscapes but it contains very dangerous animals as well. If you are a wild lover then you should be careful about it. One should always recommend taking caution and should never mess with something they can’t possess or someone who has more power than them.