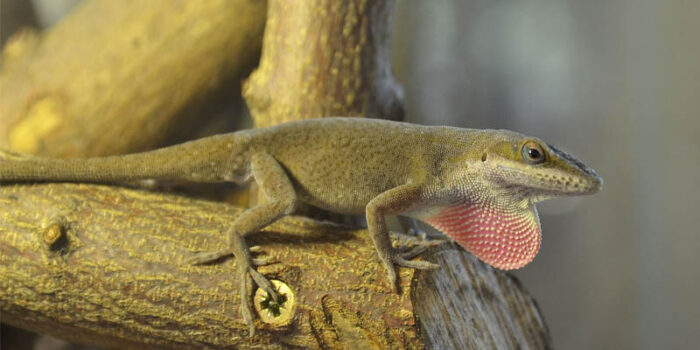 Color influence everyone in the world. This world has a lot of amazing creatures, one of them being color-changing animals. Some animals change their color according to the environment. Their changing color is called camouflage, they do it for escaping from their predators. Some predators change color for catching and attracting their targets. Here we have given a list of 10 color-changing animals from around the world.

One of the most interesting color-changing animals is Jackson’s chameleon. God has bestowed it the ability to change into many colors. Amazingly, it can adopt 10-15 sorts depending upon its requirement. This species exists in the African countries of Kenya and Tanzania, where it spends its life at a high altitude between 1500-3200 meters above sea level.  The basic color of the chameleon is green but it sometimes can addition the yellow and blue patches on its skin. Chameleon contain s special pigment cells under their skin which assist them in changing color. It can change color within 16-20 minutes.

Another one of the colors changing animals in the world is the common cuttlefish. It is a mollusk that lives northeast of the Atlantic Ocean and the Mediterranean Sea as well. It can live around 200 m in depth. Moreover, it is around the size of 49cm and weighs up to 2 kilograms. Mostly it lives in sandy and muddy areas where it can hide well itself from predators. Like Jackson’s chameleon, its skin has some chromatophore cells that let it change color and numerous patterns as well. Moreover, it can adapt specks, dots, stripes, and colors when in front of diverse surroundings.

European flounder is another one of the colors changing marine animals in the world. It is a type of fish that camouflage in the environment to use many tricks. Flounder hides under the sand so it is difficult for a predator to identify it. It is also easy for it because it has a flattened body shade that conceals easily in the sand and predator can’t find it. Flounder can change its color according to the environment for hiding from its predator.  It mostly lives in the depth of 100 m in the water of the Mediterranean and black sea.

Turtle beetle has also consisted of one of the animals that can change colors. It is a type of leaf beetle which wings reflect light with a prominent metallic golden shade. When he encounters its predators in a stressful condition, its wings turn into an intense red color after transporting the fluid by the body. It gets food from the leaves, flowers, and roots of various plants. It is one of the changing color animals in the world.

Pacific tree frog lives on the west coast of North America which is easily distinguished due to its sticky toe-pads. Its pads make assistance in easy grip and climbing on the tree and plants. It is different from ordinary frogs and has diversity in skin coloration. Pacific tree frogs can be found in different colors like green, tan, red, brown, etc. In a time of need, it can change color according to the environment. It can change its colors within seconds and its predator can’t identify it easily. These frogs are mostly live in small ponds, woodlands, and grasslands.

It is one of the colors changing animals that are well known for intelligence. The mimic octopus lives in the Indo-pacific regions. They are excellent mimic sea animals that can change the features of lionfish, sea serpents, stingrays, and jellyfish. Even they can change their color also according to it. This is an exclusive species of aquatic creatures that can mimic other animals. In this, they can avoid predators and easily conceal themselves.

Carolina anole is a reptile animal that is famous for color changing in the world. It exists in the United States but can also be found in various places of Mexico and different Central American islands. These species are mostly found in forests, meadows, and grasslands where they can make their homes on the trees and rocks. The basic color of the Carolina anole is bright green but it can adapt to several colors of the environment like dark brown when they feel threatened by the predator. It is different from venomous creatures which are having vibrant colors and shades to prevent the attack of enemies. They are closely related to the chameleon, which acts as camouflage using the help of chromatophores.

Common sole is also an aquatic color-changing animal that can modify the color of the body according to the environment. They live underwater in Atlantic and Mediterranean areas in a depth of 200 meters. They have a flat body that allows them to conceal themselves in the sand and mud easily to prevent predators. Additionally, it slightly changes its color for protection and attack to warms, mollusks, and crustaceans because they get diet from them.

Cephalopods are one of those animals that are also consisted of color-changing creatures. They can change their colors and designs in milliseconds, whether for signaling or active concealment, as their chromatophores are prolonged or constricted.  They also change colors due to relying primarily on vision input.  Their skin cells have some specific chromatophores that can detect light and adjust its settings independently of the eyes.

Arctic hare lives in Newfoundland and southern Labrador and is one of the animals that are famous due to their color-changing ability. This hare can change its coat according to the environment in different seasons.  Its coat molt and grow new fur in different seasons as it changes in the summer into brown to grey and in winters changes into white. In this way, it remains safe from predators and more species like ermine and ptarmigan can camouflage according to surroundings.  It mostly exists in the north of Canada where the summer season is very short and it can well hide in the environment.