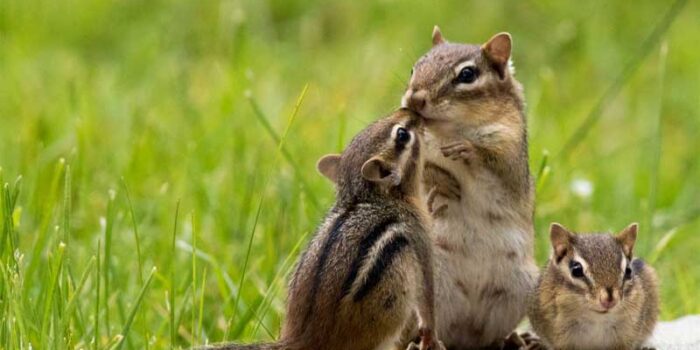 Food also plays an important role in the breeding season. Because when the food is available the birth takes place in a specific time. It is the fact that smaller species spend less time in the mother’s womb. 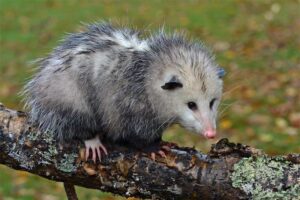 Among all the mammals the Virginia Opossum has the shortest gestation period. It is also known as North American opossum, Female carries her pregnancy for about 12 days after mating. Shockingly in this short time, it gives birth to 16-20 babies. At birth, the infants are so small in size that 20 of them can actually fit in a teaspoon. At birth, the infants quickly move from the birth canal to the pouch, they stay in the pouch for three months. After birth, they open their eyes after 55 days. 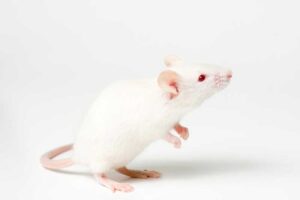 The mouse has a gestation period of about 19 to 21 days, it comes at number 2 in the list of mammals with the shortest gestation period. The pregnancy progresses quickly despite undergoing many stages. In every three to five days the female experience estrus. The pregnancy is more likely to happen when the female mouse mates with only one male mouse. The male mouse actually produces a chemical substance named as pheromones that mostly cause miscarriage in a female if the pregnancy is fathered by several males. 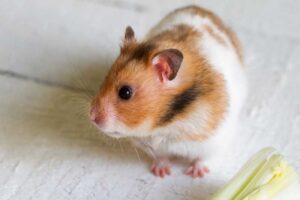 Hamster contains a gestation period of about 18-21 days. The process of mating is completely observed, Actually, the time of the birth of young ones is roughly calculated. The interesting fact about females is that they mostly hide their pregnancy until some days to delivery. As they can hide their pregnancy but can’t hide the signs of pregnancy. Some of the signs include aggressiveness of female hamster, either to humans or colony. 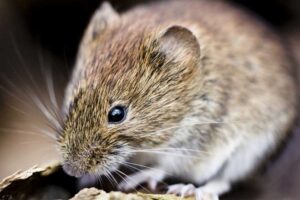 It carries a pregnancy for about 20-21 days. This female gives birth to approximately 17 liters per year. Their size may range from 4-8 and are often pink in color, hairless and 2-3 grams in weight. The interesting fact about them is that they open their eyes after 8 to 9 days and effectively weaned by the 12 the day. The young females are capable of breeding because they are sexually mature. It actually takes about 35 days to commence breeding. 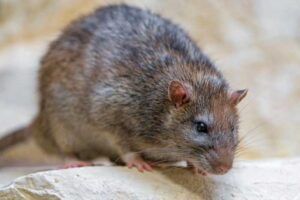 They have a gestation period of approximately 22 days but it can vary from 21 to 23 days. Sometimes it literally goes to 26 days. The interesting thing about females is that they come to heat every 4-5 days. The mating process stops when they are pregnant, but it also comes to heat ten days after delivery. These mammals reach sexual maturity after 5 weeks. As reaching sexual maturity so The quickly but they lack a breeding season. The personality of pregnant may change, either she becomes very much aggressive or disinterested when playing with other rats. 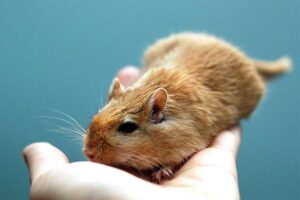 GERBILS are the extremely small mammals in the order Rodentia. Once they were also known as desert rats. Most of their species are primarily active in the day time. Having the gestation period of 22-26 days, all of its species belong to Muridae. Its intelligence level is very high and gentle as well, it can become a perfect small house pet as well. The height of these popular mammals ranges between 6 to 12 inches. One species that actually native to Turkmenistan, can literally grow more than 16 inches. 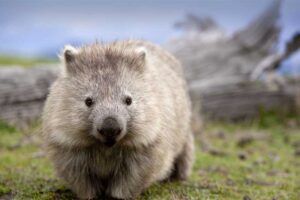 Wombat are short-legged mammals native to Australia. These mammals contain small stubby tails and can grow about 1 m (40 in) in length. Wombat has three extant species and all of them are extremely famous, all belong to members of the family Vombatidae. They are mostly found in forests, mountains and heathland areas of South-Eastern Australia. Their gestation period is 28–30 days. 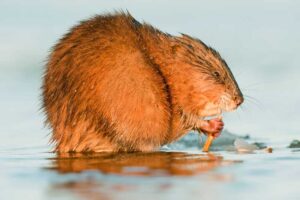 Muskrat belongs to the genus Ondatra, it is the only species that belong to this genus. These mammals are medium-sized semiaquatic rodents native to North America. These mammals have introduced species in parts of South America, Asia, and Europe. Mostly they are found in wetlands over a vast range of climates and habitats. Its gestation period is approximately 28-35 days. 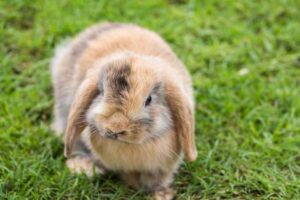 Rabbit marks its name at number 9 in the list of mammals with the shortest gestation period. Commonly known as a bunny rabbit or pet rabbit. Female rabbit can carries pregnancy about for approximately 28–35 days. Size of these mammals is very small, due to which they are often known as a pocket pet. 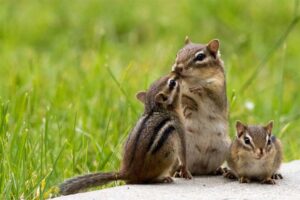 Chipmunks are well known small striped rodents which belongs to the family Sciuridae. You will find these mammals mostly in North America.

10 largest lizards living in the world