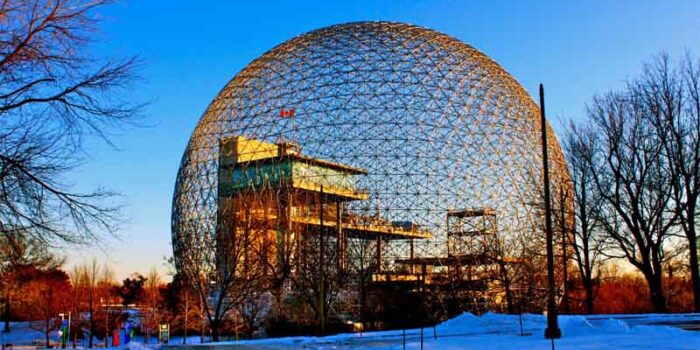 Architectures concept is changing in the most significant and dramatic way. Day by day architectures are creating an exciting design of new interesting buildings. You may see strangest buildings around the world and their main motive is to achieve some business goals. Architectures are the mastermind behind these strangest structures. Architects are busy in making some significant and huge buildings so they can mark their name in history. Modern and strange architecture brings Fresh style, ambitious design, and new materials into the construction industry. The giant structures of metals are very famous around the world. We come with the most fascinating list of strangest buildings. The purpose of the construction of the building is not always the same. Sometimes design is important, sometimes height but you may also have seen some unusual buildings that also have a huge name in the world. Following is the list of strangest buildings in the world.

10. National Centre for the Performing Arts 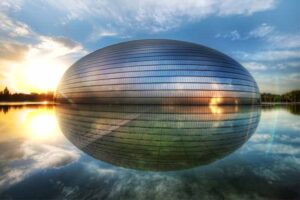 One of the most unique architectures around the world is also famous with the name of Giant egg in the arts center in Beijing, China. Inside the center, there are three performance halls are present with approximately 5452 seats. Following are the names of three very famous performance halls. An Opera Hall seats 2,416 The Music Hall, seats 2,017 The Theatre Hall has 1,040 seats Opera Hall is basically used for dances, operas, and ballet. In the music hall different entertaining concerts and recitals happen. The Theatre Hall is widely used for interesting plays and extremely popular the Beijing opera. Its construction was officially started in December 2001 and it took almost 6 years to complete. It is one of the most famous and strange structures in the world. 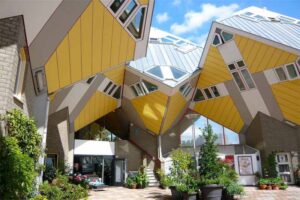 The cubic houses are one of the most eye-catching and fascinating buildings in the world. These innovative houses are amazingly built in Rotterdam and Helmond in The Netherlands. These strange structures basically represent a village within a city. This masterpiece was beautifully designed by Dutch architect Piet Blom. 38 small cubes are present there and most amazing thing is that they all are attached to each other. 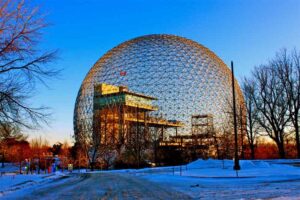 The biosphere is basically a museum in Montreal and is one of the strangest buildings. This unique and strange building was purchased by Environment Canada in 1990. It became an environment museum in 2007. This strange architecture was also used in the most prominent series named as ‘’Greetings from Earth’’. 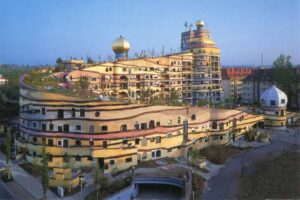 Forest Spiral has marked its name at number 7 in the list and also one of the strangest structures you have ever seen. It is basically a residential building complex located in Darmstadt, Germany. This strange building was built in the 1990s and was beautifully designed Austrian artist Friedensreich Hundertwasser. The person behind the planning of this fascinating structure is architect Heinz M. Springmann and was constructed by a highly popular company named as Bauverein Darmstadt. 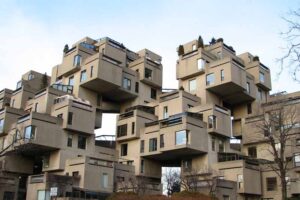 Habitat 67 is a highly famous housing complex in Montreal, Canada. This weird and wonderful structure is beautifully designed by Canadian architect Moshe Safdie. It is also considered an architectural landmark and one of the most well-known and spectacular buildings in Canada. 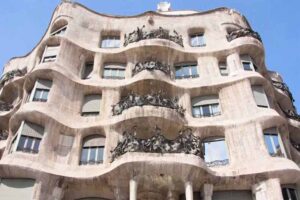 La Pedrera is the most indispensable and essential weird and wonderful structures also known as Casa Mila building. It is basically designed by Catalan architect Antoni Gaudi. It is built between 1906 and 1912. This was actually the last design of Anotni Gaudi. Pere Mila commissioned this exotic building. 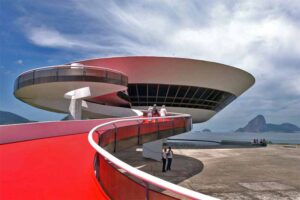 Niteroi Contemporary art museum is also among weird and wonderful structures basically situated in Niteroi. This museum is extremely popular and the city’s main landmark. Huge population comes across the world to watch this graceful Museum. It is the most significant and famous unique architecture around the world. This museum was actually built in 1996 and was beautifully designed by Oscar Niemey. 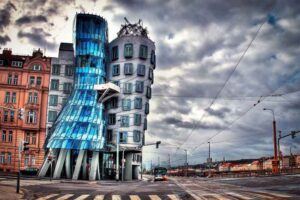 Dancing House comes at number 3 in the list of strangest buildings. This amazing masterpiece of architecture was designed by Vlado Milunic incorporation with Frank Gehry. The name dancing house is basically a nickname given to the National Building in Prague, Czech Republic. For a time being this building remains very controversial because it was basically against the tradition. But know it is very famous and become a center of cultural activity. 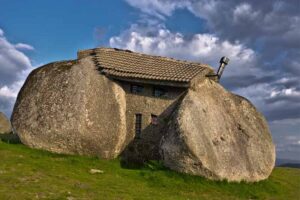 One of the most delightful and strange structures and also resembles the popular home of the Flintstones. It is basically held between two giant stones and linked with concrete mix. It is also in the list of unique buildings in the world. This strange building is extremely well known among tourists and an ideal place for tourism. Due to its unusual design, this marvelous place attracts thousands of tourists.

The Crooked House is at top of the list and is currently considered as an architectural marvel. It was completely built in 2004 and is approximately 4000 square meters in size. This weird structure is a part of the Rezydent shopping center and was effectively designed by Szotyńscy & Zaleski.

10 Most beautiful bridges in the world