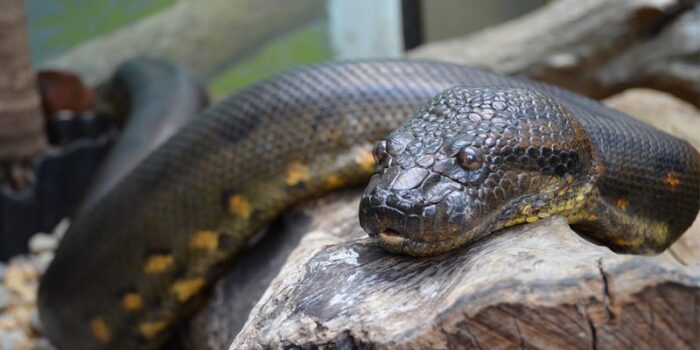 Everyone gets scared when they actually see a snake. Snakes are very popular for their venom. But did you know that not all snakes are venomous? But this is the fact that snakes are the most dangerous animal living in this world. Following is the list of Non-Venomous Snakes. 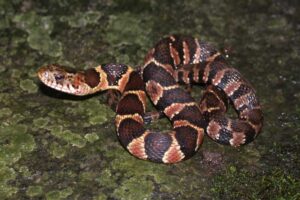 Northern water snakes live in the Northeastern United States. It is a non-venomous snake that is found in rivers, ponds, lakes, bogs, and marshes. This unique creature appears grayish and brownish in color. They look like venomous snakes so people many time kill them.

They are non-venomous but if you disturb them they will quickly bite you. Their bite is quite painful. They are very aggressive in nature. But you won’t get in trouble as these snakes possess no venom. Their bite is only for a defensive purpose. 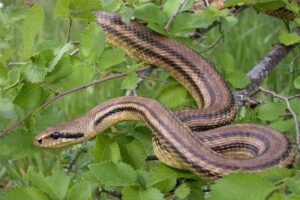 Four-lined Snakes are large in size and are the very famous non-venomous snakes found in Europe. They possess four dark stripes on their yellowish-brown body. The adult snake can grow up to a length of 1.8 meters. Four-lined snakes live in Italy, Greece, and Slovenia. They feed on mice, lizards, and rats. 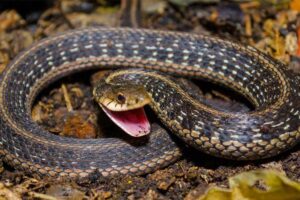 Eastern garter snakes are native to North America, lives in grassy habitats. They are harmless to humans. They only bite when anyone disturbs them and it makes an allergic reaction in humans. The amazing thing about this unique creature is that they release a foul smell from its gland to escape from predators.

The adult Eastern garter snakes can grow up to 26 inches. They appear in striking dark green to black color with three yellow stripes. 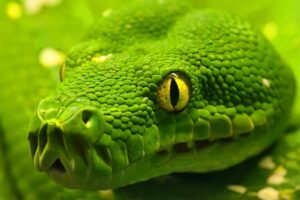 Emerald tree boas resemble a lot to python but it is actually among non-venomous snakes. You will found these unique creatures in beautiful rainforests of South America. They appear in light green color with white irregular zigzag stripes. They are also well-known as green tree boas and emerald boa.

Emerald tree boas have a length between 1.5 and 2 meters. Their front teeth’s are bigger than any other non-venomous snakes in the world. Emerald boas are tree-dwelling snakes. They move from branches to branches with the help of their powerful body and a prehensile tail. The diet of this unique creature consists of amphibians, small mammals, birds, and small reptiles. 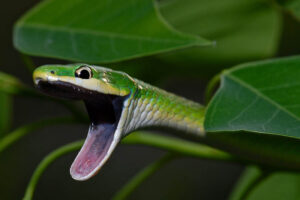 Rough green snake is a non-venomous snake found in the Southeastern United States. It is well-known famous with the name of a grass green snake. They inhabit in open forests and woodlands. They have a brilliant bright green upper part and yellowish belly. This coloration is very helpful for them and allows them to possess great camouflage in green vegetation.

They possess the very thin long body, reach up to a length of 45 inches. You will usually find them spending their time on trees and low bushes in searching for food. These non-venomous snakes mainly eat cricketers, grasshoppers, small frogs, and spiders. 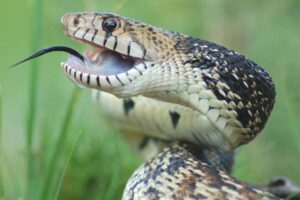 Bullsnake is massive in size and extremely famous non-venomous snake found in Southwestern Canada, Western Mexico, and the Southern United States. They are popular with the name of ‘gopher snakes’ in the U.S. They will only strike when anyone disturbs them. But the good news is that they are not harmful because they have no venom.

Having length between 40 and 72 inches they have a creamy or yellowish brown body with dark blotches. 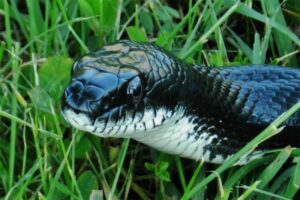 Black rat snake is very common in North America. They are non-venomous and are massive in size. Having an average length between 4 and 6 feet they are mostly found in rocky and wooded hillsides, open fields and mountain ledges. They can become very aggressive when someone comes there way.

Same Like bull snakes, they are also economically beneficial snake because they feed on crop-damaging rodents. The diet list of black rat snake also includes small birds, rabbits, and lizards. 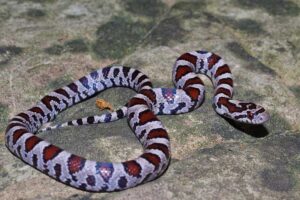 Milk snakes are well known for their beautiful coloration. They contain elegant dark blotches and lighter stripes on the body. They are non-venomous snakes. The color pattern of milk snakes has great resemblance with venomous coral snakes. It is quite difficult to tell the difference between a coral snake and a milk snake.

They consist of red, black, yellow color pattern and a black head. They are harmless and have the black, red, yellow pattern and a redhead. 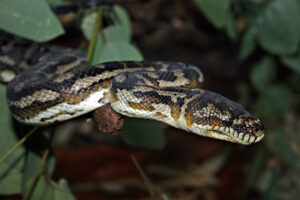 Pythons are very popular largest and one of the most powerful creatures in the world. They are native to rainforest and deserts of Africa and Asia. There are various species of Python and all of them are non-venomous. They are not harmful to humans because they have no venom. But they are capable of killing anyone because of their very strong power. 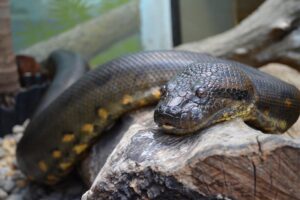 Anaconda is the heaviest known species living in the world. This powerful unique creature has a length between 25-30 feet and weight up to 230 kilograms. This large snake lives in tropical rainforests of South America. Basically, there are four types of Anacondas living on Earth, yellow anaconda, dark-spotted anaconda, Bolivian anaconda, and Green Anaconda.