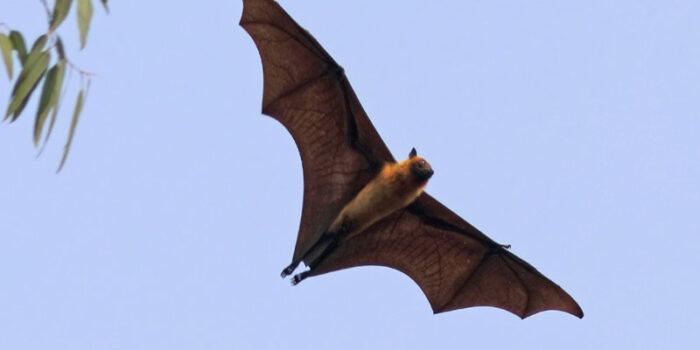 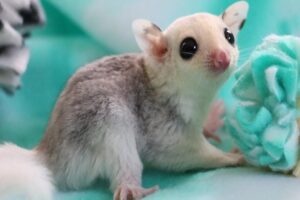 These distinctive nocturnal animalities only in Australia and Indonesia and have the astonishing ability to glide from treetops using a membrane connecting their limbs. They prefer to eat sugary fruits hence they have been named Sugar Gliders. The unique thing about them is that they are inactive during the day and find food at night. They have large eyes and a brilliant sense of hearing to help them locate food. They are extremely popular pets in some parts of the world. 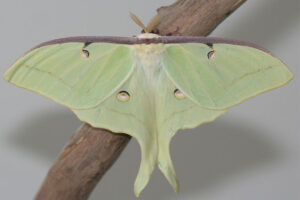 This nocturnal moth lives in North America and is a well-known large green colored insect with distinctive yellow stripes on the wings. Surprisingly Luna Moth feeds only in the larval stage and when they become adult they do not eat anything and die within seven days. The only purpose of their life is a reproduction. The larvae feed on leaves of different trees and are active only at night mainly because they have no defense mechanism against predators. 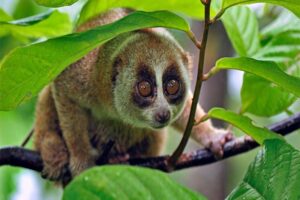 Slow Loris lives in the rainforests of South East Asia. They are very famous for their large eyes which give them perfect eyesight at night. They usually live in trees and use their strong long fingers to grip branches. Their hands are like human hands and also have brown fur. As same as the Red Panda, Slow Loris avoid coming to the ground during the day to avoid predators and find food only at night. They are basically omnivores and prey on smaller animals, insects, and fruits. 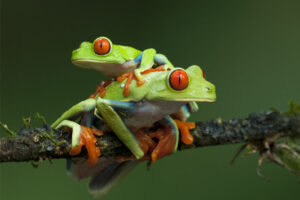 It is quite clear with its name that this frog has bright red eyes and a bright green body. This unique creature is found in the rainforests of Central America and parts of Mexico and inhabits small trees and shrubs. It is among nocturnal animals and always avoids predators like snakes and larger rodents. They actually use their large red eyes to surprise predators and scare them away as it gives them the illusion that the Frog is a very large and a huge animal. 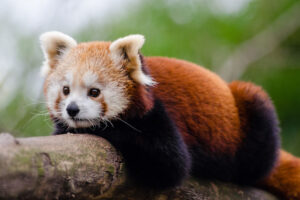 Red Panda comes at number 5 in the list of nocturnal animals. This highly endangered nocturnal animal lives in the snow-capped mountains of the Eastern Himalayas in India, Tibet, and China. It is about the size of a cat and has attractive and distinctive reddish-brown fur with white marks present on the face and ears. This unique creature is not a true panda and has a classification of it’s own called Ailuridae. It mostly lives in trees during the day and comes down in search of food at night. They do this to avoid large predators like the Snow Leopard because they don’t have any defensive mechanism. Their population is reducing slowly. 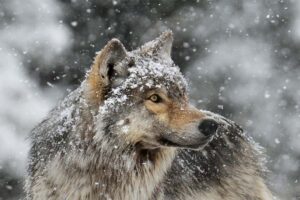 This amazing creature is among the largest species of wolf living in the world. They have weight over 65 kilos. They are extremely famous for their attractive silky gray fur and sharp features. They actually hunt in groups at night and use distinctive howls to communicate. It is actually a myth that wolves howl at the moon at night. The sound of their howl may travel to the maximum distance. These unique creatures are not active during the day to conserve body heat and reduce exertion. 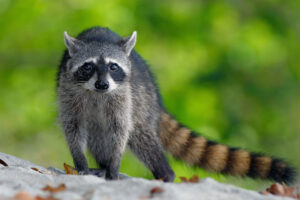 Raccoons are mostly found in North America and are seen during both day and night-time. They only hunt at night. They are capable of traveling huge distances in search of food and basically are omnivores eating anything from insects and small animals to fruits and eggs of other animals. It has attractive bushy brown and beige fur which basically helps them to camouflage at night and has brilliant eyesight at night. They are considered pests because they can enter the house in search of food and may damage crops. 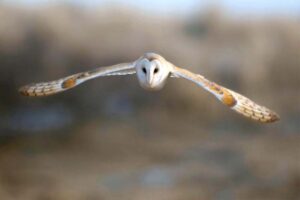 This nocturnal animal is found everywhere in the world except Antarctica in urban settings as well as in forests. It has white, brown and grey spots which help it camouflage better. You can easily recognize them by their cute heart-shaped face that is found in very few owls. It is dormant during the day they actually rest in holes in trees and hunts only at night. It has several adaptations to help in this – it has brilliant eyesight which helps it to see prey at night. The ears are located outwards on the facial disk help in excellent hearing. 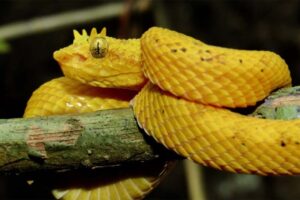 This venomous and unique creature is bright yellow, green, red and basically lives in the tropical rainforests of South and Central America. Its venom actually coagulates blood and stops blood flow, killing the prey. This name is given to this snake because of its eyelash like scales it has over its eyes, though snakes do not have true eyelashes. It usually found on tree branches and hunts only at night. This interesting animal is basically inactive during the day to avoid the intense heat and to hide from birds. Its venom is very powerful when it bites it can also kill human beings. 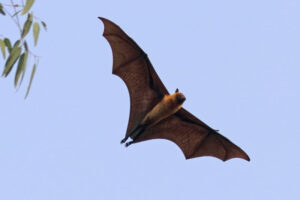 Bats are extremely famous nocturnal animals and despite having the ability of flight, they are not birds but mammals. The Indian Flying Fox lives in forests of China and other South Asian countries including India, Maldives, Nepal, and Bangladesh. It is a large and adorable bat which is black in color and has large eyes, a snout, claws, and leather-like wings. It feeds only on fruits and does not drink blood. The excellent eyesight and brilliant hearing ability help the bat in locating fruit trees and avoiding other predators.