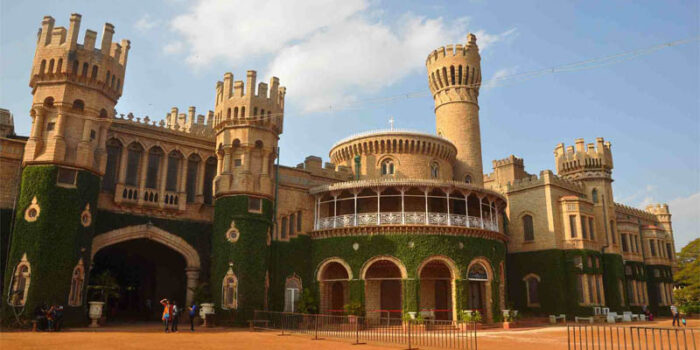 India is extremely famous for its cultural and traditional history. There are many beautiful and eye-catching places present in India. People across the world came to watch these architectural wonders. You will find two types of people living in India one who strives hard to earn their bread and butter and others who are living a luxuries life. There are also two types of cultures, In one culture you will find people who are open-minded and bold. They feel free to express whatever they want. On the other hand, you will find a culture which strongly holds to their roots.

India is great for tourism you will find many beautiful and eye-pleasing places. You will also find grand palaces which are blessed with lush greenery and stunning forests. Following are the extremely famous grand palaces in India. 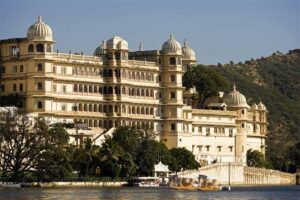 City Palace is one of the most beautiful and magnificent places located in the state of Rajasthan. The construction of this marvelous place begins in 1553. This Palace showcase the culture and heritage of Rajasthan. This Palace was beautifully built atop a hill which provides an eye-pleasing view of the whole city of Udaipur. 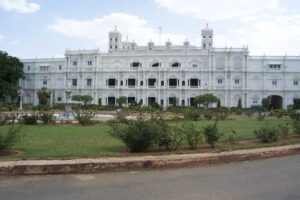 The Jai Vilas Palace is an extremely famous nineteenth-century palace which beautifully portrays the intricacies of European architecture.  It is one of the famous grand palaces in India and was built by Sir Michael Filose under the direction of Jayajirao to welcome Edward VII. 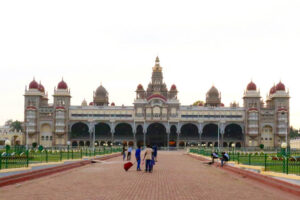 This breathtaking historical palace was the former residence of the royal family of Mysore. Mysore is an extremely beautiful place and is also known as the city of palaces. It is one of the famous tourist attractions in India. People from across the world pay their visit to see this historical place. This eye-catching structure was successfully built after the Old Palace was burnt. 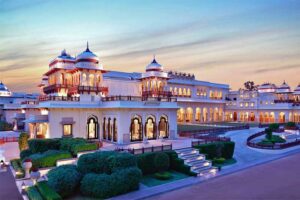 This masterpiece was built in 1835 for the wet nurse of Prince Ram Singh II. In 1887, this historical palace is converted into a modest royal hunting lodge in the reign of Maharaja Sawai Madho Singh. Before turning in to luxurious Hotel this attractive palace was served as the residence of the former Maharaja of Jaipur. 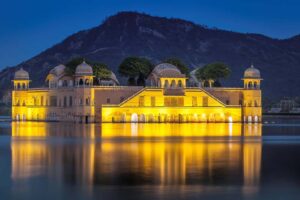 JAL MAHAL is located at the center of the Man Singh Lake in the city of Jaipur. It actually shows the great architectural style of the Rajputs of the Rajasthan. It is among the extremely famous grand places in India. Red sandstones are used in its construction and it consists of five stories.  There is a time when the lake is full of water at that time four of its stories remains underwater. 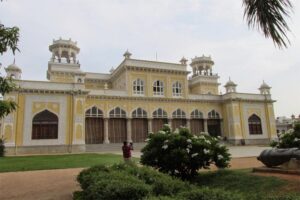 The Chowmahalla Palace is located in Hyderabad near the Charminar. It is well known among tourists. This famous grand place belongs to the Nizam of Hyderabad. The breathtaking palace was built by Nizam Salabat Jung. This tremendous palace was the seat of the Asaf Jahi dynasty. This place is popular for its unique style and elegance. 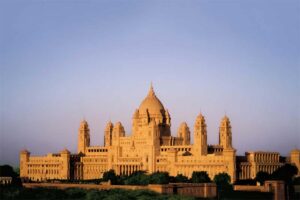 It is located in the city of Jodhpur in Rajasthan and is one of the largest private residences in the world. This unique place is named after Maharaja Umaid Singh, it consists of 347 rooms and right now it is the principal residence of the former Jodhpur royal family. A part of this luxurious hotel is now converted into a beautiful hotel managed by Taj Hotels. 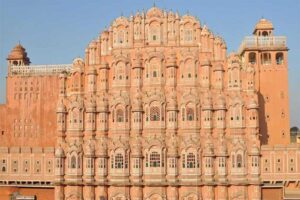 The Hawa Mahal which is also known as the ‘Palace of Winds’ is completely made with red and pink sandstone. It is situated in Jaipur which is also famous with the name of ‘ Pink City’. This beautiful structure was built in 1799 by Maharaja Sawai Pratap Singh. He was extremely impressed by the unique structure of Khetri Mahal and that’s why he made this grand palace. The main motive of this elegant lattice design was to allow royal ladies to deeply observe everyday life and festivals celebrated in the street below without being seen.

It marks its name at number 9 in the list of extremely famous grand palaces in India. This historic palace was built on the land that was formerly owned by the first principal of the Central College in Bengaluru, Rev. J Garret. The British Guardians of the minor Maharaja Chamarajendra Wadiyar 10 purchase the property Rev. Garrett in 1873. 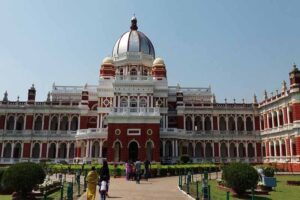 Commonly known as the Victor Jubilee Palace. This unique structure was modeled after the Buckingham Palace in London. This masterpiece was built in 1887, during the reign of Maharaja Nripendra Narayan. This ideal place is well known for its elegance and amazing style.