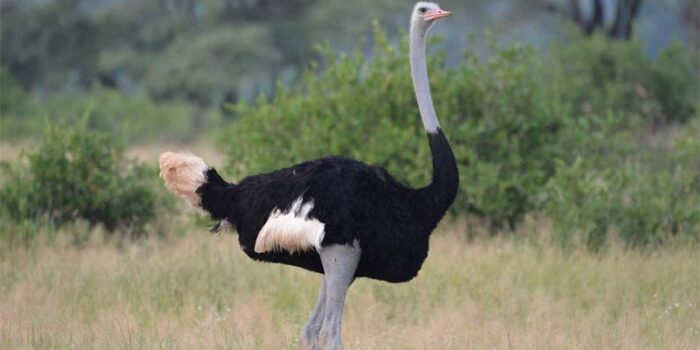 As we all know birds are extremely famous for their innocence behavior. But did you know that they can be dangerous and cause problems for you? Pigeons can fill your heart with love but vulture can definitely scare you. The dynamic world of birds is full of these amazing creatures that can bring peace and joy into your life and at the same time can be dangerous for you. Following is the list of 10 most dangerous birds in the world. 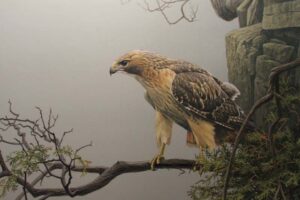 A red-tailed hawk is very famous and found across North America. Their weight is in between 2 and 4 pounds. The length of their wingspan is in between 32 and 43 inches. They are well known for their broad wings and a short tail. Females are usually longer than males. They are among those bird species who prefer to live in open areas.

They are in the list of most dangerous birds because of their powerful talons. These talons are their main weapon. They are well known for defending their territory fiercely. They don’t like and became aggressive if anyone crosses their boundaries. They quickly attack with their powerful talons. 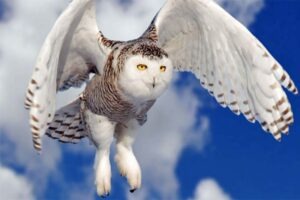 It looks so calm and innocent but can be very dangerous for its enemy. They could easily drive their predator away. They attack with their razor-sharp talons. They are also harmful to humans as well because when they feel threatened they quickly target the head and eyes. They are capable of damaging the eye very badly. This dangerous bird is native to Arctic tundra. Snowy Owl is among the largest and beautiful bird species in the world. With the weight of 3.5 to 6.5 lbs and length of wingspan up to 60 inches, it’s the largest and beautiful among other owl species. 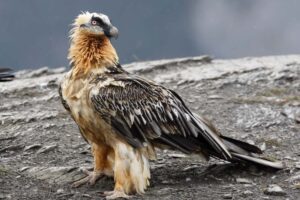 Lammergeier is also famous with the name of bearded vultures and is one of the oldest vultures present in this world. They are also among the massive bird species as well. They have a tremendous weight of 7kg and has a wingspan between 2.3 to 2.8 meters. They mostly live in the high mountainous region of Asia, Southern Europe, and Southern Africa.

Their main diet is carrion and bones. They prefer to eat small bones but they also eat large bones by using dropping techniques. When they found large bones they drop them from heights on to hard rocks and then they eat those pieces of bones easily. They also use this same dropping technique for prey like hard-shelled tortoises. 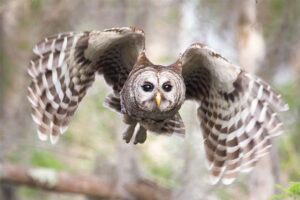 Barred Owl is extremely famous for its round head and is native to North America. Forests and woodlands are their favorite places for spending a life. They can grow up to 21 inches and the length of their wingspan is in between 41 and 43 inches. The unique thing about them is that they hunt only at night. If someone interrupts or disturb them then they become very aggressive. They attack silently so you can’t hear them when they are coming to attack you. 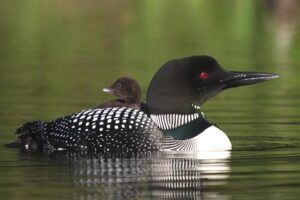 Great Northern Loon marks its name at number 6 in the list most dangerous birds in the world. They can grow up to 39 inches and have a wingspan up to 60 inches. Their beak is the most highlighted and prominent feature. They are actually migratory birds and spend their summer in Canada, Northern United States and Greenland. In winter they prefer Pacific and Atlantic coastlines.

They can be dangerous for humans because of their sharp peak. They usually attack neck and head just like attacking their predators. 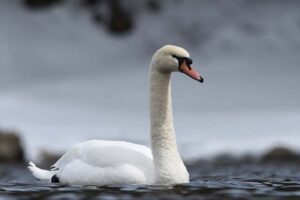 Mute Swan is very adorable and the largest waterfowls found in Europe. They prefer to live in wetlands, ponds, inland lakes, and rivers. Having weight up to 28lbs and wingspan measures up to 2.4 meters. They are loaded with cuteness but they are very aggressive and can cause a problem for you. Mostly attacks on humans happen during their nesting time because they become very aggressive when someone interrupts them. They strike quickly through their strong wings so it’s better to stay away from them especially in their nesting time. 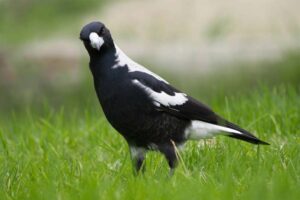 Australian Magpies marks its name at number 4 in this list. After Southern Cassowary they are the second dangerous bird in the country. They are extremely famous and prefer to live in parks, grasslands, gardens, and fields across Australia. They are also very aggressive and don’t allow anyone to come closer to their nests. They are among those birds species who are well known for protecting their nests. 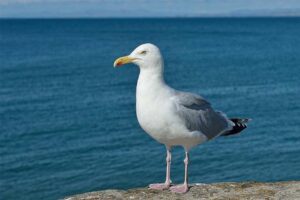 With the length of 26 inches, it is the large bird found across Western Europe. They are well known for stealing food and attacking humans. They have a large wingspan of 49-61 inches and also have razor sharp bills. Like others, they became aggressive during nesting season. The unique and dangerous thing about them is that they attack with a whole team. So it would be better to take a distance from them. 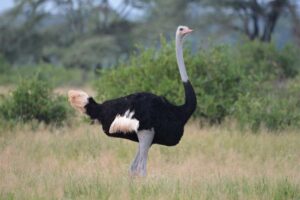 At number 2 flightless Ostrich which highly famous largest living bird on Earth. They are native to Africa and spend their lives in grasslands, savannas, and deserts across the continent. Having a weight of 150 kg, a height of 6 feet and a top speed of 43 mph they are the fastest bird living in this world. They are so powerful that with one kick they could kill humans. Ostrich legs are very strong and powerful. 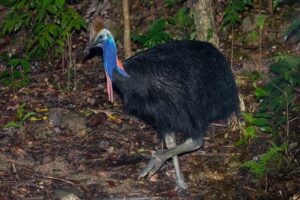 Southern Cassowary is at the top the list of most dangerous birds in the world. Just like Ostrich this insane bird also famous for attacking humans. Their weight is in between 75-80 kg and is 5.1 feet high. Same like Ostriches their main and powerful weapon is their strong legs. They are capable of producing a vital and brutal attack through legs. With the single strike they can easily break the bones, can cause critical injuries and even death as well.