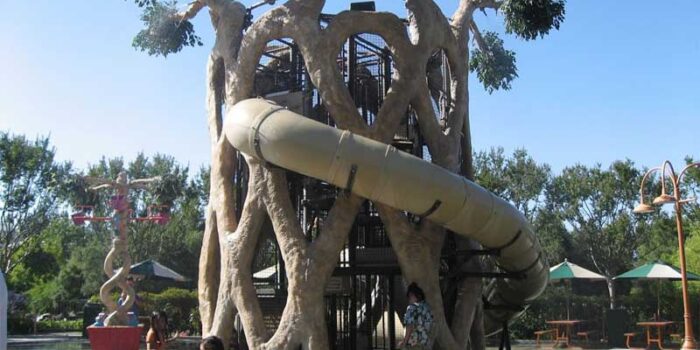 Few trees in the world consist of the most amazing trees. They are one of the natural fascinations that are also important elements of our survival on earth and provide us oxygen, shadow, and food. They look so beautiful and strange, it’s difficult for us to believe that they exist in this world and surrounding us. In this article, you will find the top 10 amazing trees around the world.

The Eucalyptus tree is famous as the rainbow eucalyptus that is huge looks amazing. Originally it rises on the pacific island in the northern hemisphere. The multicolored unique trees shed off its bark different times in a year. Afterward, its bark turns in to darken and brighten colors like blue, purple, orange, and maroon shades. Usually, it finds in the rainforest, and according to natural distribution it extents in the areas of New Britain, New Guinea, Ceram. Its rainbow eucalyptus quality counts in the amazing trees in the world.

The Dragon Blood tree just exists on the small island of Socotra, Yemen. Naturally, it has a distinctive umbrella-like shape that discriminates it with other trees. Surprisingly, it creates a deep red colored sap that looks exceptional and strange. Due to its sap, it is popular as the“Dragon-blood” tree. This tree sheds off its leaves after 3-4 years when its new leaves become mature. Its sap has multiple uses as it utilizes in gargle water as a stimulant, toothpaste, medicine, and as well as in dye. Inhabitants of Socotra use it commonly in dying wool, pottery, mouth freshener, and even in lipstick. These trees’ unique shape and bloody sap make it the most amazing trees in the world.

Couroupita guianensis knows as multiple common names like Cannonball tree, deciduous tree, etc. It generates in tropical climatic forests of south and Central America. It cultivates in tropical areas all over the world due to its beauty and aromatic flowers and fascinating fruits. This tree also ranks in amazing trees in all over the world. It has enormous fruits which are like wood that measures up to 25centimetres. That’s why it is called the “Cannonball” tree. These fruits utilize to make bowls and rarely use for eating because it has a horrible smell. But its many parts used in medicine. This tree has spiritual and cultural importance in many countries like India, Srilanka, and southeastern Asia.

Adansonia is one of the deciduous trees that well know as Baobabs. These trees found mostly in arid regions like Madagascar, Africa, Arabia, and Australia. This tree can store water in its trunk that is helpful for it to endure harsh drought. Generally, it is known as the oldest and most amazing trees in the world. The baobab is also famous for the name of Upside down tree” that begins to call by numerous myths.

Japanese Wisteria is a species of flowering plants that exist in Japan. Its binomial name is Wisteria floribunda. It can grow up to 9m and type of woody and a deciduous tree. In 1930, it was brought in the US from Japan since it has become an extremely romanticized flowering plant. Wisteria is supposedly1000 years old plant. The most amazing habit of Japanese wisteria’s flowers can extend up to half a meter. In mid-spring, these racemes broke into different colors of flowers like white pink, violet, or blue. Due to its beauty and uniqueness, it counts in amazing trees in the world.

The bristlecone pines are one of three species of pine trees. These all species can endure harsh weather and bad soil, suppose as the ancient living organisms around 5063 years. These types of trees generated in the White Mountains of California. This pine matures extremely at a snail’s pace, reckons it in most amazing trees. Its needles and leaves stay green for more than 40 years.

The beautiful and amazing trees silk floss, part of the mallow family. It generates mostly in tropical and subtropical woods of South America. It’s a huge tree that can exceed up to 81 feet. Silk floss is also a family of Baobab and Kapok. Its trunk and branches can preserve water for a long time for later dry phases. The multiple beautiful flowers measure up to 4-6 inches, shape like pears that embed with silk floss, used to make stuffed cushions.

Angel Oak exists in Angel Oak Park on Johns Island in South Carolina. According to estimation, this is old almost 1500 years. Its length is measured that is around 28 ft and it is providing shadow that covers the space almost 17200 sq ft. This tree is one of the amazing trees that has suffered natural disasters like earthquakes, floods, and hurricanes but still survive.

Axel Erlandson was an American citizen who likes to grow and shape unique trees. It was his hobby to make trees distinguish from others. He released a horticultural attraction in 1947 in California. He gave it to name the “Circus trees”, people attracted here and came from all over from world to see the circus of trees. After his death, these trees were brought to Gilroy Garden amusement park. Axel Erlandson’s Circus Trees has popular all over the world as amazing trees.

The crooked forest has grown in Poland; it has unique shaped pine trees. Here more than 400 trees may be planted by adopting some tools to give crook shape to trees. Anyways it is a mystery because no one knows about it. Whatever the purpose behind to give it unique shape or maybe some supernatural power involved here. These trees did not stay long and after the second war has to stop its plantation. This forest is famous as one of having amazing trees and mysterious places in the world.