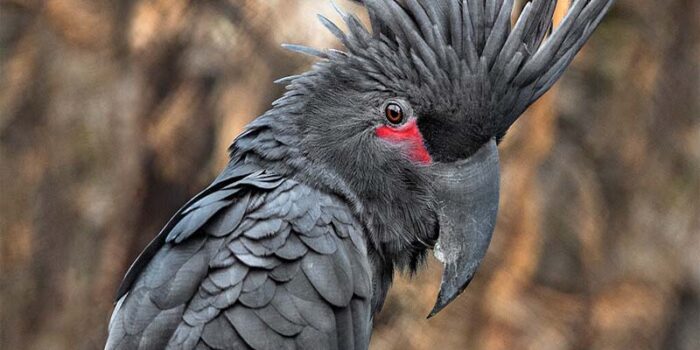 We all love lovable pets, which share love and sentiments with us. Having a pet is fairly a pleasant experience that provides you entertainment and happiness. The good thing about having a pet is that you will not feel lonely in their company. So, it is a vital task to choose a friendly and suitable pet that gives you a faithful and good company. Besides, its cost is an important element while considering a pet. Here is a record of the 10 most expensive pets in the world.

White lion cubs are the exceptional color that especially found in South Africa. Thinking about owning as a pet a white lion cub, consider its worth also. They are counted as the most expensive pets in the world. This rare color first saw in South Africa in 1938. It is supposed that their white color as a result of extraordinary gene mutation. A single white lion cub will worth you almost 140,000 dollars. These white cubs became popular among having pets in the late 1970s.

By the name, you can get a misconception by it. You might think it is a green-colored monkey. No, it is not a colored monkey; it is an American breed of a racing horse. Generally, it calls “Forestry” and considers as the most expensive pets in the world. According to the one report of CNBC, the Green Monkey can run almost an 8th mile of distance in just 9.8 seconds. In 2006, the Green Monkey sold in an auction at the cost of 16,000,000 dollars.

Miss Missy belongs to the cow’s Holstein breed that considers very costly. She has won many titles in multiple shows. In 2009 she was auctioned at the rate of 1.2 billion. She is one of the fifth expensive cows in the world and got 2nd rank in Canada. She can give up to 50% more milk than an ordinary cow. It reckons in the most expensive pets in the world.

The Arabian horse is one of the distinguished breeds related to the Arabian Peninsula. It has a unique head shape and long carriage tail. It can easily recognize among other horse breeds because of its uniqueness. This ancient breed has archeological evidence in the Middle East that has a resemblance to the modern breed. For owing as a pet that is a good choice due to its speed, strong muscular system, and endurance quality. But it famous as the most expensive pets, it gets at the cost 2,000 to16,000 dollars.

While considering about having a parrot as a pet, you should think about The Hyacinth Macau. It is one of the beautiful birds with unique deep blue and yellow colors. Besides, it is no doubt it reckons in one of the most expensive pets in the world. Its largest species can be found in Brazil, Bolivia, and Paraguay. These parrots have a quality that they can easily train, become friendly and loving. Normally they eat fruits and hard seeds. The South American prime bird will find at the cost of 14000 dollars.

Read More: 10 Most Expensive Dogs in the World

The “Pythonidae” is a general name of Pythons that are related to the family of non-venomous snakes. This special spice found in west and central Africa. It has distinctive red eyes and yellow markings. Python is the smallest African python that is famous for the most expensive pets. It can get at the worth of about 40,000 dollars. Once in a week, it needs a feed, but constantly they need a dish of freshwater because while drinking, it enjoys taking a dunk in it. Once he became a friend of its caretaker, he mostly likes to enjoy its hand’s interactions.

The Pacific Bluefin Tuna is a fish spice that mostly finds in the northern Pacific Ocean. But it recorded as a migratory visitor at the South Pacific Ocean. It is one of the most expensive pets on earth. This fish is so demanding in all over the world for whether keeping it in aquarium or eating. It has excellent taste but because of its scarcity that makes it costly. According to some resources, Bluefin tuna sold it at a high rate of $1.8 million in the Japanese marketplace.

The Savannah cat is one of the beautiful animals in the world. This cat has some differences between a domestic cat and an African Serval. It is famous for the largest breed cats in the globe. It is big in size and slim and different from other ordinary cats. As a pet, it is tremendously friendly and loving. It loves to play in the water and entertain others through its actions. Savannah considers the most expensive pets due to its unusual abilities and intelligence. It can find you around 500-1000 $.

Tibetan Mastiff is famous for one of the most expensive dog breeds. It finds rare because of its unusual qualities or its worth. You can just an average dog related to this breed in 2500 dollars. It also counts in the most expensive pets due to its medical expenses. Originally these are security dogs that have got training to protect livestock places and monasteries.

The palm cockatoo is a famous bird that calls goliath cockatoo or great black cockatoo. It finds in smoky-grey or black color in New Guinea, Aru Islands, and the Cape York Peninsula. Palm looks cute in sizeable black beak and outstanding red cheek patches. This parrot is famous for its intelligence, fun but it needs extra attention, they can be aggressive and scream due to lack of attention. It can be an excellent addition to the pet’s family. It reckons in most expensive pets because an average Calm Cockatoo comes at the cost of 16,000 dollars.