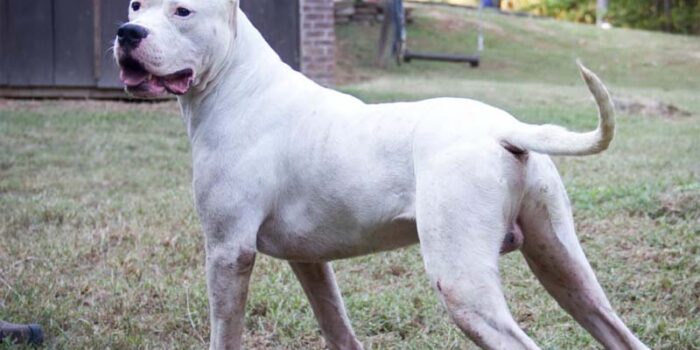 Cost is also an important element while considering a new dog. Besides this, we should also think about the dog in which we could get satisfaction. Also, many factors include bringing up the cost of dogs like toys, special food, kennels, and health issues. According to traits now we shall discuss its traits and cost. Below the list contains the detail about the 10 most expensive dogs breeds in the world.

It is one of an innocent dog breed but also the most expensive dogs in the world. Samoyed is a large herding dog with its thick fur and double layer coat. It mostly finds in white color but also can be found in an ample variety of colors. It utilizes for many purposes like hunting, herding, security, and sledding. Approximately the life expectancy of this breed is about 12-13 years.

This breed also calls as a “little lion dog”. It reckons in exceptional dogs in the world and well known as “toy dog“ by the American Kennel Club. Now, this breed is rapidly falling. Lowchen can find in many colors like silver, cream, white and red color. Interestingly its fur color becomes change throughout its life. It is a very friendly, healthy, and amusing dog and will love to play with you. it can live up to 14-18 years. Because of rareness, it can be found in 12000 dollars that count in the most expensive dogs.

Chow Chow has originality from northern China. Where it recognizes as “Songshi-Quan” which means puffy-lion dog. Generally, it is a firm dog that has a broad skull and triangular erect ears. Chow Chow does not count in friendly and active dogs. It has a dense coat that is either smooth or rough. The fur is predominantly thick around the neck that gives it a ruff or mane look. This breed has got uniqueness due to its purple or blue-black tongue that makes it distinguished from other dog breeds. Its coat color has multiple colors like shaded self-red, blue, black, cinnamon, fawn, and cream. All these ranges of colors not found in all countries. Its exclusivity makes it the most expensive dogs breed in the world.

Tibetan Mastiff is one of the most expensive dogs in the breed. Just Average dog in this breed finds in 2,500 dollars. It generally acknowledges as a great watchdog. Its instinctive behavior allows it surviving in a harsh climate. It can live up to 10-14 years but its medical expenses are very high that approximately reach up to 3000 dollars. Therefore it ranks in most expensive dogs breed in the world.

This breed finds in West Africa. It mostly uses as a sighthound and refers to the secondary function in camp guardian due to lack of game in the region. The Azawakh is found in almond-eyed and skinny. It walks with a distinctly elegant gait and as well as found in multiple ranges of colors. It is the newest breed of 2019 and as well as considers as the most expensive dogs breed in the earth. Particularly it utilizes hunting dogs and diverse relatives of Middle Eastern and South Indian hounds.

The Afghan hound is a hunter dog that has thick and fine fur with ring curled tail. It reckons in the most expensive dogs in the world. This breed is selected due to its unique traits. It finds in the cold mountains of Afghanistan that’s why it calls Afghan hound. Its total length is 64-69 centimeters high. It gets in multiple colors like fawn, gold, cream with a black facial mask. The life span of the Afghan hound is almost 12 years. It gets you in 7,000 dollars that enough just by its uniqueness.

The Rottweiler is a huge breed that costs just about 1,200 dollars to buy and lives up to 8- 10 years old. It is an alert, brave, and clever dog. This short-haired dog will lumber you almost 36 dollars on average grooming bills. Due to the number of health concerns also make this breed in most expensive dogs. Because with possible healthcare expenses can be an average of 7,800 dollars minimum.

The Canadian Eskimo dog counts in one of the extraordinary breeds in the world and is currently facing extermination and just less than 300 dogs were remaining in 2018. Eskimo dogs brought to North America from Siberia almost more than 1,000 years ago but had been still decreasing since the 1960s. They are declining as a result of the invention of the snowmobile. The Royal Canadian Mounted Police also killed almost 20,000 dogs between 1950-1970. They are dominant and athletic in appearance, have tick overcoat having 30-40 kg weight of male breeds. as a result of its rareness, it finds luxurious and counts in the most expensive dogs.

Being the nationalized dog of Malta, the Pharaoh hound obtains a lot of attention for its unusual appearance. In Maltese, it calls as “Kelb tal-Fenek” which means “Rabbit dog” due to its look and hunting quality of rabbits. Always they become loyal with their masters and trained well. No doubt, it is one of the most expensive dogs but it can be a good addition in your family if you can afford it. The grooming cost of this dog is just an average of 27 dollars. Its coat is fine and short with a silky texture.

An Argentinean hunter and protector breed, it is also one of the most expensive dogs in the list because of the average purchase price is 1,200 dollars. Dogo has a huge white muscular body with a short coat and deep thick chest makes it rare. This breed can be a good addition in the family but its dominant appearance needs regular exercise. It lives up to 12-14 years normally. But they can suffer different diseases like deafness and hip dysplasia. That can be excessive addition in medical billing up to 1600 dollars.