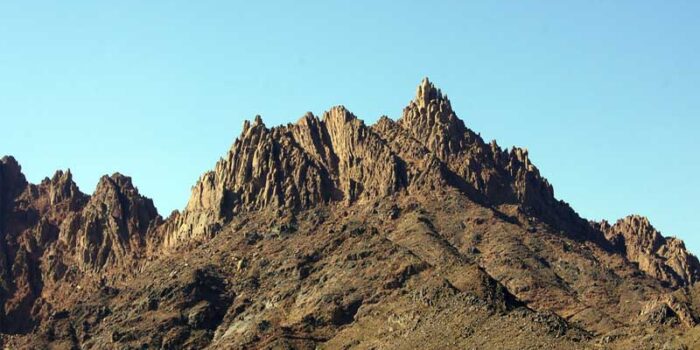 Earth is a wonderful place that never halts to astound with its dignified puzzles of nature. Even Earth itself is a mystery that amazes us regularly. Here I am going to discuss the top 10 mysterious places in the world.

Bermuda triangle is also famous as the devil’s triangle and hurricane alley. It is a region which is located in the western part of the North Atlantic Ocean. The number of happenings had over here in the past. A number of airplanes, boats, and ships are said to have disappeared under the strange premises of this triangle. Most of the well-reputed sources denied the idea that “there is any mystery here”. The surroundings of the Bermuda triangle are most heavily shipping routes in the world. Mostly cruises and cargo ships use their routs frequently for the ports in America, the Caribbean Islands, and Europe. The small boats also sail in these routes persistently.

It is a popular culture that in the past decades there is the number of disappearances and paranormal actives that have happened over here but in spite of all of these happening there are not strong documented pieces of evidence of these told incidents. So nobody can tell about the Bermuda triangle accurately, that’s why it has consisted of mysterious places in the world.

Devil’s bridge used term for many historical bridges that mostly found in Europe but I am talking about here the German’s devil bridge that located in “Kromlau Park”. It has some sort of super natural connection. Some people believe that this bridge was built by some devil. Because this bridge constructs a perfect circle that’s reflection fell on the water and looks beautiful. It counts in some kind of mysterious places.

Crooked forest is in Poland that got name after its whimsically wonky pine trees. In 1930 there almost 400 pine trees planted and grew with 90 degree bend shape from their foundation. Some people believed that there is some sort of human technology applied by humans or may be a winter snow storm could have best towed them this interesting shape. Anyhow it is still a mystery and recognized in mysterious places.

The Darvaza gas crater recognized as the Door to Hell in Turkmenistan. It is a natural gas field that collapsed into a cave. Intentionally the geologist burnt fire there to avert the spreading of methane gas. Since 1971 it has been still burning. It has total number of area 5359 sq. meters. Its diameter consisted upon 69 meters and depth is 30 meters. At night it sparks can be seen from far away. Many of them count it in mysterious places in the world.

Blood falls recognizes as a coldest and dry place on the earth. It has a bloody red colored waterfall that slowly trickling down on which icy surface. It looks like a mysterious place because of bloody red fall. In Antarctica it looks like a scene of murdered. The researchers found out in 2014 that this bloody color is coming out from iron oxide with salty water.

Read More: Top 10 Most Scariest Places in the World

Kyushu island of Japan is also called nine hells. Nine hells of Beppu are famous in japan butt unfamiliar for the outer world. It is one of the beautiful spots for tour. The mysteriously attraction for this place is that there are natural ponds having multiple colors. Interestingly fact is that there are nine different ponds but each pond consists of different and rare color. This is because the minerals in each pond related to the different colors, that makes this place not only unique but mysterious and amazing. That’s why its nine beautiful colors nine hells.

There is one hill in Canada that called magnetic hill in Manton, New Brunswick. Here cars move back side and suddenly upward after driving to the downward but it is not actually explaining the gravity laws. It consisted in numerous hills in the world where what looks like an uphill incline. The fact is that it is part of a biggest downhill incline that cause an optical illusion. It is one of the main tourist attractions and ranks in mysterious places.

Sara’s husband invented the Winchester rifle. In 1886 they purchased a San Jose tower and they spent nearly 30 years. Here they formed a complex mansion having 160 rooms, 2 basements with 10,000 windows and 2000 doors. It stairs lead to ceilings and dead ends. A famous theory is that ghostly by those killed by her late husband’s creation. She created a complex building to keep doing her mean spirits at natural harbor.

2: The great pyramid of Giza

The great pyramid constructed with the material of limestone and granite. The height of pyramid is about 146.7 m and length are 230.4 m and its overall volume is 2,583,283 cubic meters. There are multiples champers inside like queen’s chamber and king’s chamber. Through estimation almost 2.3 million square shape blocks of limestones and granite over there. It was the tallest man-made building in the world for 38 hundred years until Lincoln’s church demolished in 1311 A.D. Pyramid was one of the conversant codes of the historical Egyptian Pharaohs. Even these miscellaneous tombs built only the different portions of their civilization. It built around the 1st dynasty with a unique shape. One of the secrecies of the pyramid is how they built and what was the resolution of making this kind of building. Maybe some secrets behind it that consists in mysterious places.

Wadi-e-Jinn is located from the distance of 40 km from Madina Munawara, Saudi Arab. Its shape is semi-circular that surrounds with blackish mountain. Saudi’s believe that there are some giants settled there that push people from this valley that’s why, car started automatically here and move towards the valley of Jinn. If you switch off your vehicle in specific premises than it will automatically move upwards with continuous accelerations. Like same the case with water and other types of liquid if you drop on road than it also moves to upward to the specific direction.