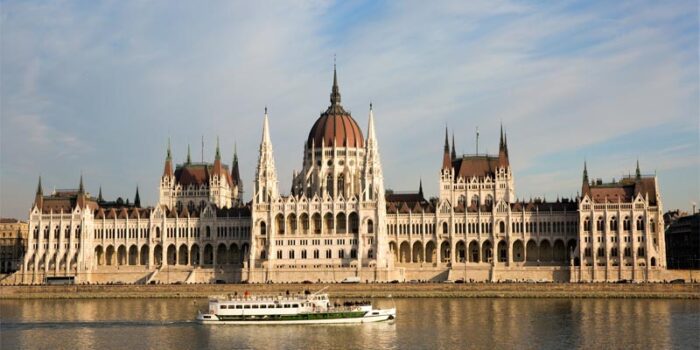 The Hungarian state is a medium-sized member of the European Union. It is a landlocked country and, its neighboring states are Slovakia, Ukraine, Romania, Serbia, Croatia, Slovenia, and Austria. The total mass area is 93,030 km2 with 10 million inhabitants. It got its name from Medieval Latin Hungaria, which means “Land of the Huns”, another source tells that it has derived its name from the Turkish term “ogur” meaning “ten arrows”.

Hungary is one of the historical states in Europe which was founded in A.D. 896, before France, Germany, or England. The largest capital city of Hungary is Budapest and the official language is Hungarian. You know Hungary has the lowest employment rate in the Organization for Economic Cooperation and Development (OECD) with just 55.4% of the population actively working.

It has bestowed many writers, scholars, inventors, singers, and composers to the world. Hungary has its roots placed so deep that it has the pride to be one of the oldest countries in Europe, dating back to the times of the Magyars. They frequently refer to themselves as Magyars, after their ancestors who settled the area in 12 centuries ago when they migrated from Central Asia.

The Magyars are related to the Finns. Only a small portion of Hungarians today is actually of Magyar ancestry. Fascinatingly, the state has blessed with natural beauty and amazing sceneries and attracts a large number of tourist footfalls every year. But more than anything else, it has interesting and fun facts about Hungary’s past and presents that make it a fascinating nation around the world.

Hungary is a landlocked state though; Lake Balaton is situated at 600km in Central European. It is a freshwater lake and one of the famous tourist sites. Interesting facts that this lake is often referred to as the Hungary Sea and sun-seekers have gathered at its shoreline for decades. Interestingly the close by sulphuric waters of Heviz, meanwhile, considers medicinal qualities and is believed to cure rheumatic illness, aches, and pains. Lake Balaton has also an effect on the local area precipitation. The area receives around 5–7 cm more rainfall than most of Hungary, as a result, there are cloudy days and less extreme temperatures. The lake’s surface even freezes during winter.

Hungary has so many inventions in the field of science. These are including very useful items in our life like the ballpoint pen, holography, thermographic camera, digital computing, and the first functional helicopter, etc. Besides these inventory items, you know as the concern of health we should be extremely grateful to the Hungarian biochemist Albert Szent-Györgyi who discovered vitamin C in the 1930s. Which is a key dietary supplement that was extracted from paprika? Another interesting invention of Hungary is Rubik’s cube, electric trains, and the word “coach” also.

06: Pálinka considers as the cure for all troubles

Pálinka is a customary fruit brandy in Central Europe that originated in Hungary. It is famous for several names and was invented in the Middle Ages. Hungarian grandmas have strongly believed in it and its magical powers. Do they almost suggest you for every condition like if you have a headache? Pálinka, feeling nervous? Pálinka’s interesting fact is that even it considers the cure of all trouble in Hungary. It has been assumed that “Palinka in small amounts is a medicine, in large amounts a remedy”.

When it comes to interesting and funny facts about Hungary, this can be at the top of the list. They say that during a battle with Turk soldiers, Hungarians remained strong and unconquerable due to drinking the local red wine. The Turks during battle remained curious and wanted to know what the soldiers drank, so the Hungarian soldiers told them that it was the bull’s blood that gives them strength.

Interestingly the number “96” has importance in Hungary. It is special because it represents the year 896 when the seven Magyar tribal chiefs established the principality of Hungary. This number also stands for 1896 when Hungary celebrated 1000 years of statehood. It built permanent reminders that the state was at the height of its wealth and power in European affairs. According to law, Budapest’s building must not surpass 96 feet. It also includes one of the interesting facts about Hungary’s national anthem which should be sung in 96 seconds.

02: The largest cultural and musical festival in Europe

The Hungarian hosts the largest cultural and musical festival in Europe. It is known as the Sziget Festival. The Budapest Spring Festival is another huge festival that attracts musicians and artists from all over the world. For this, the expenditures on staying in Hungary were between $93 and $204 per day in 2003.

The Hungarian educational system is a unique and dual system with colleges and universities. Some colleges have linked with universities and work as college faculties within universities. A university can also provide college-level courses to students. The period of training at the college level is a minimum of 3 years, which can be a maximum of 4 years. But the duration of the education period at the university level is a minimum of 4 years, and a maximum of up to 5 years.