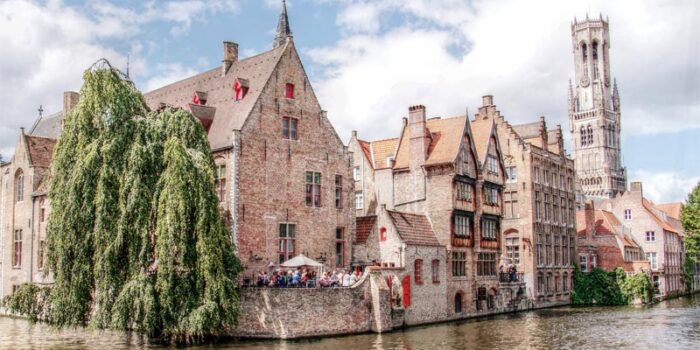 Belgium is publically well-known as the Kingdom Of Belgium. The neighboring states of Belgium are Netherlands, France, Germany, Luxembourg, and also links with the North Sea. The total mass of the area is around 30,689 km2. It has 11.5 million population considers as the most populated state around the world. As a concern of population, it lies in the 22nd number compare to other states. Brussels is the capital city of Belgium. It is a developed state with advanced income. The living standards are also high in concern of health care, education, etc. Belgium has many interesting and amazing facts. It also ranks in peaceful countries all around the world.

10: Belgium made world record to remain the longest time without Government

Belgium experienced 541 days without government that reckons in one of the interesting and unique facts. It spends this time in peace and elections held in mid of June 2010. A caretaker government ruled in the temporary phase till elections. At the end of 2011, Belgium’s King Albert II appointed a new cabinet and a new prime minister: Elio di Rupo. The record is going to Belgium for the longest time to form a government after elections. On the other hand, before the June 2010 elections, the Laterme II government had ended Leterme’s gave resignation which was accepted by King Albert II on 26 April 2010.

09: Co-inventor of the World Wide Web

I am sure this fact will amaze you the World Wide Web is an information system where documents and other web resources are recognized by Uniform Resource Locators (URLs). Most of us things that the World Wide Web was developed in CERN in Switzerland, but this assumption is not correct. You know Tim Berners-Lee was co-inventor of the WWW. He is also the director of the World Wide Web Consortium (W3C) which oversees the constant progress of the Web. But do you know that it wouldn’t have been possible if his Belgium colleague Cailliau didn’t help in this regard? Robert Cailliau is a Belgian informatics engineer, computer scientist, and writer who proposed the first (pre-www) hypertext system for CERN in the year 1987. He worked together with Tim Berners-Lee on the World Wide Web from before it got its name.

Chocolate is liked all over the world. Almost everyone likes it but you know Belgium is famous for the production of chocolate. Interesting facts about Belgium’s chocolate is famous for best in around the world. In the early 20th century was vital to the beginnings of Belgians reign as being one of the largest chocolate exporters in the world. Because that time large amounts of cocoa were imported from Africa they are also identified for their account of praline which is a bar of hard-shelled chocolate external with liquid fill. They were also famous concerning hot chocolate.

Interesting facts that Belgium has invented so many things like plastic which we use normally in our kitchen, bath, and bedrooms even everywhere. You know the revolutionary age of plastic can be attributed to the invention by Belgian plastics pioneer Leo Henricus Baekeland, who made the first commercial use of plastic called Bakelite, inspired by his name. Another one is cricket which is famous for sports and played all over the world. Cricket has long been assumed as an English invention but newer academic research has suggested that refugees from northern Belgium imported this game. World Wide Web’s system has also contributions to Belgium scientists. It has also a variety of many things including Asphalt, electric tram, carillon instruments, sodium carbonate, etc.

The Gravensteen is a medieval castle in the city of Belgium. This castle was the residence of the Counts of Flanders until 1353. It used as a court, prison, mint, and even as a cotton factory. Again it restored as a museum and major landmark of the city. It is including in one of the interesting facts of Belgium, it has many castles like Gravensteen in Ghent which expanded per square kilometer in the world. Philip of Alsace built it in 1180 in the area of the older fortification. These are bounded by a fortified and oval-shaped. It also has an ample and deep castle that fed with water from the Lys.

The famous Catholic priest, George Henri of Belgium was the first person who identified the collapse of nearby galaxies can be explained by a theory of an expanding universe. This theory was called Big Bang, invented by Belgium researchers. This theory is a planetary model of the observable universe from the earliest eras through its consequent large-scale evolution. The model describes how the universe extended from an early state of very high density and high temperature and provides a complete explanation for a broad range of observed phenomena. It is including a large number of light elements, the cosmic microwave background (CMB) radiation, large-scale structure, and Hubble’s law.

It is one of the interesting and amazing facts of Belgium; here education is compulsory for 6-18 years individuals. Education is keeping up and one of the three most dominant communities including Flemish, French, and German-speakers are financing here. Each community has its structure of school, with minor differences among them. But the federal government is playing a very small role. It just decides straightly the age for compulsory schooling and indirectly the financing of the communities.

Europe’s first scrapper building is in Belgium; it is in Antwerp today at around 96m. The art-deco edifice is now famous as Boerentoren or KBC Tower. It considered the tallest building on the continent of Europe until 1940 when the Terazza Martini Tower opened in Genoa, Italy. Belgium has also credited to have Europe’s oldest shopping malls. In 1847, the Galeries St Hubert opened in Brussels.

Besides interesting facts, it is also a terrible fact of Belgium, the divorce rate is high just Latvia and Lithuania surpass it, which is around 70 percent. You know about two-thirds of all marriages in Belgium are between first-time couples, while in the remaining 3rd at least one person has taken divorced.

It is one of the interesting and amazing facts that the Belgium motorway system is the only man-made structure. It is also visible from the moon due to the lights all around the motorway network.