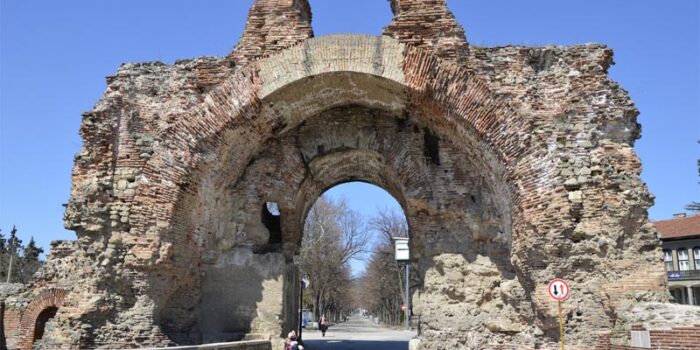 Publicly, Bulgaria is called the Republic of Bulgaria. It exists in Southeastern Europe. The capital city is Sofia, this city is at the bottom of the Vitosha Mountain in the western part of the state. It is centered between the Black Sea and the Adriatic Sea, and nearby the Aegean Sea. The official language is Bulgarian and has become also the official language of the European Union since 2007. Minorities also speak this language in several other countries. The total number of speakers have assessed at around 9 million. Five borders connect this state like Romania, Serbia, Republic of Macedonia, Greece, and Turkey.

Bulgaria is a wonderful state having a rich ancient and cultural heritage. From recent years it has observed that travelers are attracting here. It has long summer with lovely seaside resorts, old capital Veliko Tarnovo with its Tsarevets castle, the historical capital town of Vidin near Danube River, the creative town of Plovdiv, and many more amazing spots. Nessebar is a historical town and one of the main seaside hotels of Bulgarian Black Sea shore, placed in Burgas Province. Usually regarded as the “Pearl of the Black Sea”. There are over 700 natural minerals and hot water springs, it is like a spa paradise of Europe since Roman times. There are also much more interesting facts of Bulgaria, that can make your mood to visit this marvelous state.

10: Bulgaria is the oldest country in Europe

One of the interesting facts about Bulgaria is that it is the oldest country in Europe which has not changed its name after establishment. Bulgers founded their first empire in 681 A.D. The prehistoric Bulgarian calendar acknowledged as the most precise in the world by UNESCO in 1976. Plovdiv is also Bulgarian oldest and 2nd largest inhabited city in Europe. Its capital city Sofia, founded over 7000 years ago. The Verna invented gold that acknowledges as the oldest one around the world. They formed the gold jewelry, coins and weapons of that recognized as the Varna Necropolis treasure found among 290 graves.

Bulgarian army also includes interesting and delighted facts of Bulgaria. Their brave army never lost its flag in any battle. It remained active in the frontline. This state participated in many wars in Europe and the Army has played a major role in protecting the republic’s sovereignty. Later, the Bulgarian Air Forces also developed and started using the air-dropped bombs throughout the First Balkan War. That took place in 1912. Interestingly, the first woman air force pilot Rayna Kasabova, that took part in a military fight was a Bulgarian as well.

Bulgaria is a mountainous state, that has two major ranges – the Balkan Mountains and the Rhodope Mountains. It has also few smaller ranges, including the Rila and Pirin mountains. Due to these all mountain ranges, Bansko town has become very famous for winter sports. It is located at the base of the Pirin Mountains at an elevation of 1200m above sea level. It is a famous ski resort all over the world. Bulgaria has 700 kilometers of mountain ranges along the Balkan Mountain Range, 380 kilometers shoreline, and more than 2000 caves.

One of the interesting facts about Bulgaria is their “Bagpipes” which is a traditional instrument that uses in many festivals. As people of Balkans say that a wedding without a bagpipe is like a funeral, so it a part of their functions. Bagpipes are acknowledged as the “Kaba gaida“, the Rhodope Mountains bagpipe. It is the most distinctive figure of folklore music in Bulgaria. Usually, its bagpipes made from wood, horn, skin, and cotton. The method it has made delivers the specific voice and vibration of the gaida in the tunes.

Bulgaria is not the only nation that is using bagpipes, other states like Scotland and Ireland also use it in their functions. But they are frequently using made of goat or sheep hide, joined to a pipe with three sections, a blowpipe, and a shorter pipe also.

The Bulgarian roses are the image of the nation, as well as major and interesting facts about Bulgaria. The petals of the roses are wonderful; however, they additionally give roughly 85 % of the rose oil to the planet. The rose oil delivered in the area of Kazanlak known as the Rose Valley is significant since it is a significant fixing in the fragrance creation and industry. The Roses reap is done in May and June and the work is hard.
Bulgarians are one of the largest rose producers in the world’s best rose oil.

Rose oil is a vital ingredient that uses in all fine perfumes made by most famous producers like Christian Dior, Givenchy, Lancôme, Bulgari, Chanel, etc. Modern cosmetics is impossible without rose oil. It is no doubt an expensive product, grams of rose oil are as valuable as grams of gold. Much like coffee, which also has the best quality and finest aroma when grown in particular areas. It is the Bulgarian roses that have a more fragrant one. Each trainee in the aroma business realizes that the top quality rose oil is just created in Bulgaria.

A martenitsa is a small piece of ornamentation, made with white and red yarn and typically form of two dolls, with different genders. It is the type of bracelet which people exchange on Baba Marta Day (1st March). The name of this vacation intends as “Grandma March” in Bulgaria and the wearing of Martenitsi is a Bulgarian tradition linked to welcoming the spring season which folklore in March. It adorned in 2017 on the UNESCO Representative List of the Intangible Cultural Heritage of Humanity.

It includes interesting facts of Bulgaria, on the specific day people wear these bracelets in the whole month until they see a flourishing tree. Then, they tie this bracelet to the tree for welcoming the spring season.

Bulgarian’s national dish is Shopska salad, that made with cubed cucumbers, tomatoes, raw or baked peppers, and then sprinkled with famous Bulgarian white brine cheese. After that, they do garnishing of salad with sunflower oil and red wine vinegar. This salad is liked with the national alcoholic beverage rakia, made from several fruits.

You know the first digital computer invented by Bulgarian inventor. John Vincent is an inventor of the Atanasoff-Berry Computer (ABC). It is one of the interesting facts of Bulgaria, like a digital clock inventor. The creator of Facebook app Mark Zuckerberg also has Bulgarian origin and it is supposed that he got the name after his Bulgarian grandfather – Marko, who migrated to the United States in 1940.

Firstly, Bulgarian used the Cyrillic alphabets, they read and write using these letters. These alphabets were created in the 9th century. It created in Preslav Literary School, by the Christian missionaries Cyril and Methodius. They wanted to improve the illiteracy of Slavic pagans in the 1st Bulgarian kingdom.

Last but not least, Bulgarian Yogurt is the most famous and interesting facts about Bulgaria. They have an excellent type of yogurt that well known all over the world. it is because of the bacteria, Lactobacillus bulgaricus, that present only in the Bulgarian air that helps to produce the best quality yogurt. It gives it exclusive consistency and taste. Particularly it is good for the health that made from sheep yogurt, which is thick and goes well with jam and honey.