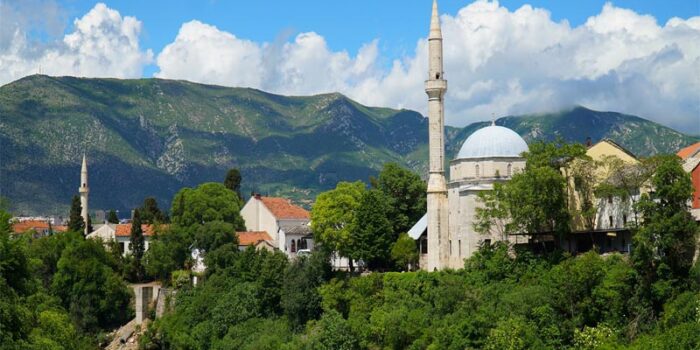 Bosnia is sometimes called Bosnia–Herzegovina and often recognized as just Bosnia. This state exists in South and Southeast Europe and within the Balkans. Sarajevo is the capital and largest populated city of Bosnia. Traveling helps us and provides us the opportunity to learn, know, and appreciate the world from a different perspective. In this way, you can learn and remember things easily. 50% of Muslims are living in Bosnia. Its name has derived from Bosnia, which is an Indo-European term that denotes “water”. Due to considering this state has covered with a lot of stunning lakes, rivers, waterfalls, and some parts of the Adriatic Sea. This name suits it a lot. I am sure these interesting and strange facts about Bosnia, will increase your knowledge about this state.

10: You can’t get Bosnia’s currency outside of the state

The currency of Bosnia is Convertible mark (BAM), which you can’t get from outside of Bosnia, you must have to exchange and get Bosnian currency from inside of the state. This means that the currency is relatively useless outside of the state as they can’t be replaced with another currency too, these facts add in interesting and strange facts of Bosnia.

Bosnia is having a very complicated and complex history. Interesting, a Bosnian citizen can either be a Bosniak, Croat, or Serb based on his or her religious associations as a Muslim, Catholic, or Orthodox Christian correspondingly. Besides separate religion, each group has its language also, which is based upon Slavic and shares resemblances with each other too. In 1990 due to some conflicts, Bosnia split along ethnic lines. In addition to you know now, each group has also their president. It is also one of the interesting and strange facts about Bosnia that a state is having three languages and three presidents.

One of the interesting facts of Bosnia is International Sarajevo Winter Festival which, takes place in Sarajevo and continues from February to March. This winter festival initially started in 1984, here citizens celebrate and appreciate the art, culture, and creativity of the state. During the long-lasting festival, the shows and events are held every day throughout the city in two months. Tourists can also join dance performances, theatre shows, or art exhibitions. Thousands of people from all over the world visit here to witness this exciting festival.

Combatants hid millions of mines during the Bosnian War that took place from 1992 to 1995. Interesting facts that Bosnia has a lot of land mines. And now, Bosnia is struggling and trying to trace all the land mines that are secreted within the country. Approximately 30,000 active land mines still need to be revealed, this fact is making Bosnia a state with one of the worst land mine issues in the world.

6: The Bosnian national anthem has no official lyrics

This is one of the interesting and strange facts of the state that hasn’t any specific and official national anthem. It is just because of three different communities that are not agreed on one entity. The state has made several efforts to create lyrics for its national anthem. But it didn’t get success yet. Serbs have even been famous to boo during presentations of the national anthems. Its Project of creating lyrics which proposed thrice since 2007, but no official lyrics have been chosen so far.

Bosnia’s national symbol is the golden lily. In history, it was representative of the 14th-century pre-Islamic Bosnian Kingdom and has come to signify both Bosnia and Bosniaks Muslims. The old Bosnian flag used six lilies in contradiction of a blue background. But it doesn’t simple as they seem, that led to a strange contradiction in three communities. Often, Lilies have also been linked with Christianity, but they are Bosnia’s national symbol, a nation that has Muslims in the majority.

Bosnia has the Mediterranean climate at the southern tip of the state. Fascinatingly, the snowy and cold winter climate. in addition to the hot summer season is perceived in many portions of Bosnia too.

Bosnia lies in one of the twenty top countries for coffee consumption. Interesting facts that Bosnia citizens drink an estimated 6.1kg of coffee per person, amazing! Commonly they consume coffee drinks such as espressos, lattes, and instant coffee which, are popular in the country. Furthermore, Bosnia has its exceptional form of traditional coffee that is very different in taste from other areas and, it has served in Bosnian cafes. Here entire raw coffee beans are baked and crushed through the hand. After that boiling water is mixed in coffee to create a thick finishing. Bosnian citizens drink coffee from a cup without a handle, frequently with a piece of a sugar cube in their mouth.

2: Bosnia has a Rainforest

I am sure you didn’t know about the Bosnian rainforest. But, it’s true Sutjeska National Park’s Perucica in eastern Bosnia near the Montenegro border which, has covered the 1,400 hectares of rainforest. You know there are a total number of 170 species of trees and 1000s of different sorts of plants, sideways with plenty of wildlife. Interesting facts of Bosnia is that estimation according to the UNESCO this forest is more than 20,000 years old. Skakavac Waterfall is also one of Bosnia’s highest which, has comprised of 75 meters height also finds close to the rainforest.

1: Islam is a major religion

Bosnia has three different communities and, all have separate religions. But the interesting facts that Islam religion considers as the major religion of Bosnia. Ottoman Empire conducted it here. Approximately 50% of the population has been linked with Islam and follow its rituals. Due to the presence of Islamic religion, society and cultural customs have changed.