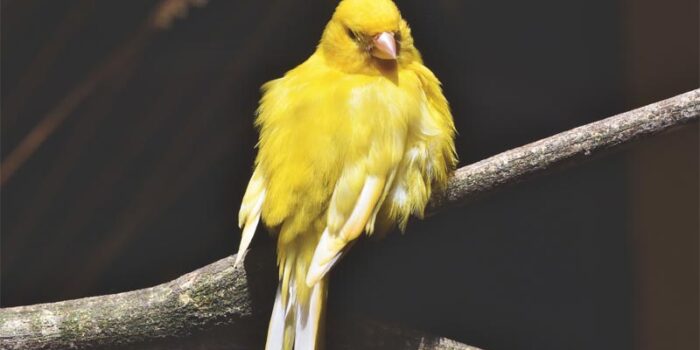 If you want to adopt a singing bird as a pet, which will attract birds in the garden and make your morning delightful. We have compiled a list of 10 famous singing birds around the world. Before purchasing considers this list, it will increase your knowledge about singer birds. Plus, keep this thing in mind that these birds that sing need extra care and attention. Through proper care, you can keep your singer bird free from illness for many years.

The goldfinch is one of the singing birds which have beautiful colors and lovely appearance. These birds have commonly used in bird contests, given the fragility of the bird’s song. Now, it has banned in many places due to malpractice and illegal activity in which goldfinches are abused and mistreated. It is a tiny Northern American bird in the finch’s family. It migrates during the breeding season and from the south of Canada to Mexico during the winter. In the wild world, you can enjoy its melody songs, so we shall recommend you do not keep these birds in the small cages because they can eventually die from sadness and anxiety.

It is related to the species of true thrush. Blackbirds are mostly found in Europe, Asiatic Russia, North Africa, Australia, and New Zealand as well. It is also one of the singing birds which people like to keep as a pet. These are highly intelligent birds that can learn even a selection of songs, creating well-worked melodies. It likes to remain free from the cage so, scatter some birdseed in your garden for them to enjoy its sweet songs.

Now it is present in European and Asian woodlands these small birds sing amazing songs. It can sing different tones and melodies usually learned from their parents. They are brownish and simple and humble in contrast to her striking tone. Nightingale is different from other birds it doesn’t like to sing late at night, astonishing in the peace of the darkness.

Another one of the famous singing birds around the world is the whistling cockatiel. It can produce smooth and melodic whistling sounds. Male birds sing surprising sounds, which they can pick from the surroundings. It is famous in America in the top list. This bird is renowned due to its gifted whistles, which are often directed towards the people they love to be around. These birds love to search for food, play around in the enclosure and also snuggle on your shoulder.

American Robin is one of the singing birds famous for its musical songs and conspicuous look. It can produce sequential whistles, which are repeated in different pitches. The most amazing thing about the Robin bird is that its song varies with the passage of time and the season. It mostly sings in the morning and making alarm calls when it feels endangered.

Channel-billed cuckoo is the largest bloodsucking birds in the world and even famous as singing birds. They exist in Eastern Australia, Indonesia, and New Guinea also. During spring season these singing birds move around the sub-regions of Eastern Australia. During this period, they make unique arrival calls that can be heard from half a kilometer away. If there are two or more cuckoos, each bird tries to make loud calls in special tones.

The Asian koel is also a member of the cuckoo family which is famous for singing birds. They exist in India, Bangladesh, Australia, and Southeast Asia. They are very vocal with wide assortments of tunes. Normally they sing during the breeding season. The male Asian koel has a typical sound “ko-ooo’ and they repeat at different times, but the female bird has a musical ‘kik-kik-kik’ call. Asian koels live in woodlands, and males mark the territory for attracting female birds. The females have upper brown parts with astonishing white spots. The Asian koel is a brood parasite bird that lays eggs in the nest of other birds.

One of the most famous singing birds is the song thrush, which likes to live in gardens and woodlands of Asia, Africa, and Europe. They like to produce a wide collection of notes which, seems like songs. Due to this, they got the name of the song thrush after its unique ability. These birds mostly live at the top of trees and sing in pairs.

The colorful bird canary has also been included in the list of famous singing birds around the world. The males are recognized to produce harmonious humming sounds and can imitate sounds that they hear from their surroundings. This feature makes them idyllic as pet birds. You can hear its songs throughout the year, except in the summer season.

The house sparrow is also included in singing birds of the sparrow’s family. It mostly exists in different parts of the world. It is a tiny bird that has a typical length of 16 cm. Females birds are pale brown and grey in color. But the male has bright black, white, and brown markings on the wings which, makes them distinguish from females. The house sparrow is native to most of Europe, the Mediterranean Basin, and Asia. House sparrows give a nasal alarm call, which has transcribed as quer, and a piercing call in pain.